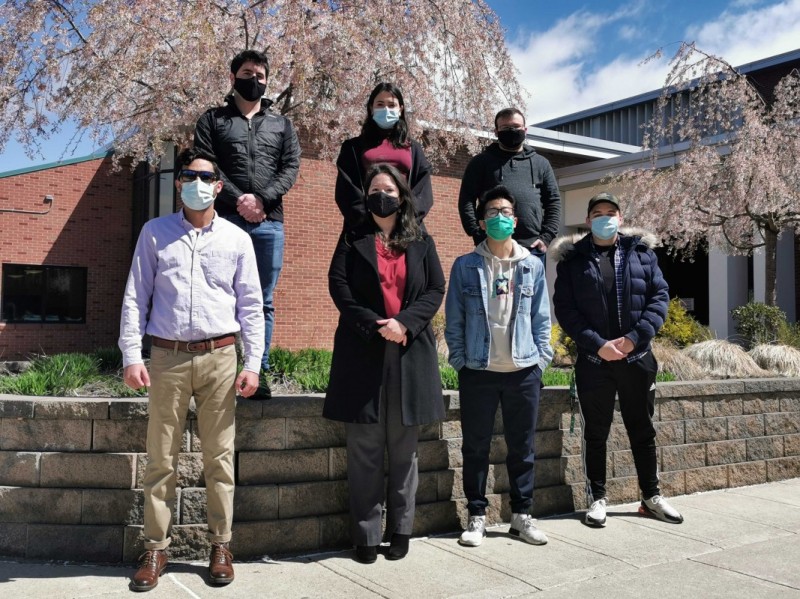 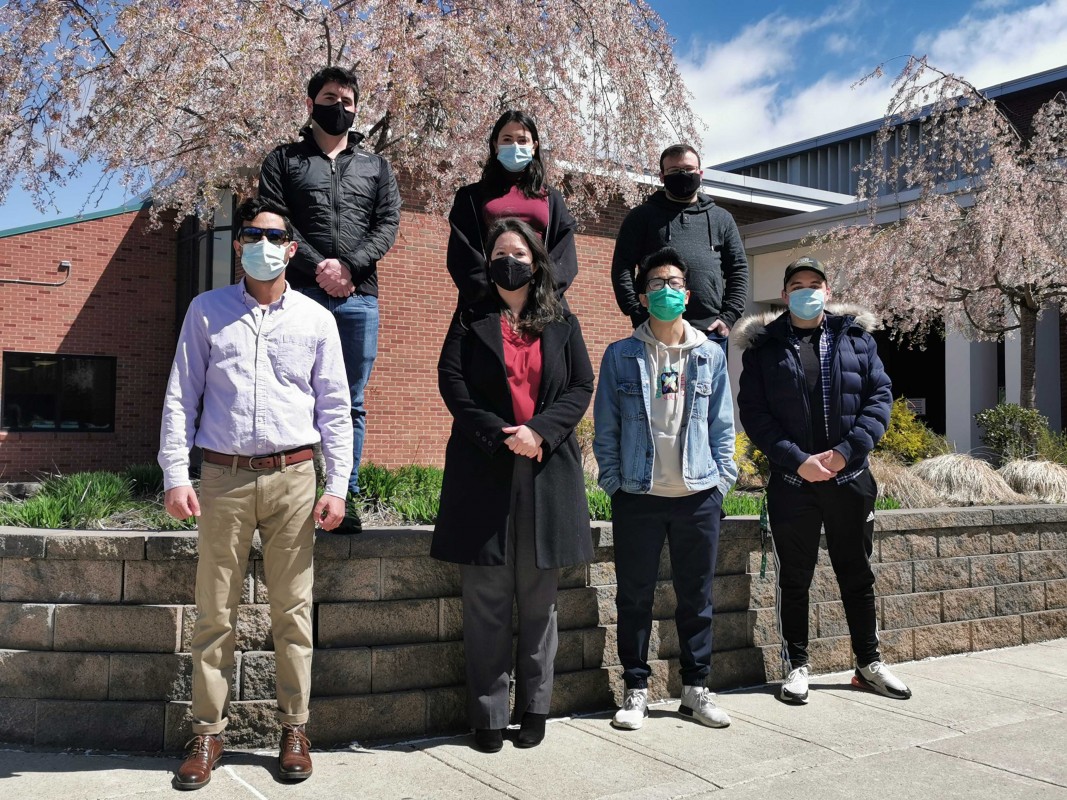 When damaged, living tissues will knit themselves back together into a functional wholeness. Could we engineer a synthetic material with this amazing quality and, if so, what possibilities would unfold?

In materials science, researchers are developing methods of “bio-mimicking,” in which synthetic materials could emulate biological systems. In an article in the journal Science, Binghamton University Assistant Professor of Physics Ana Laura Elías and Rodolfo Cruz-Silva of the Research Initiative for Supramaterials and Aqua Global Innovation Center in Japan’s Shinshu University, review one such attempt: the development of reversible fission-fusion graphene oxide fibers. The innovators of this process — Dan Chang, Bo Fang, Zhen Xu, Zheng Li, Fan Guo, Weiwei Gao and Chao Gao of Zheijiang University in China, Yilun Liu of Xi’an Jiaotong University in China, and Laurence Brassart of Monash University in Australia — also had an article published in the same edition.

Through the use of a reversible solvent-triggered process, graphene oxide (GO) fibers can merge into one object (fusion) or separate back into its component fibers (fission) without damaging the structures of the fibers themselves. In that way, it resembles living tissue, although it doesn’t behave exactly the same.

“Biological systems are very complex, and this isn’t that yet, but it’s definitely inspired by it,” Elías explained.

A two-dimensional material, graphene itself consists of a single layer of carbon that is only an atom thick; it has a range of remarkable qualities and is believed to be one of the strongest materials in existence, with remarkable electronic properties. Graphene oxide, however, also contains oxygen and hydrogen; while it can be processed into a sheet form, there are functional groups that stick out of the two-dimensional plane.

That gives GO some advantages. The lightweight material can be synthesized in bulk, for example, which is much harder for graphene. And although it doesn’t naturally conduct electricity, it can be made to do so through a heating process known as reduction. This gives GO enormous potential for applications such as sensors, electronic components, smart textiles and more, Elías and Cruz-Silva note in their article.

“The material has been proposed for energy applications, for example, batteries and super-capacitors,” Elías explained. “These materials could have good strength in terms of good mechanical properties, but also have good conducting properties. It also has a very low weight, which makes it attractive for applications.”

GO typically comes in a slurry, and it can be mixed with other materials to make coatings, for example. Through processing, this slurry can also be used to create GO films and fibers, which open up a wider array of applications. Like other carbonaceous materials, it can be combined with organic materials and biomolecules, for use in filtration, for example.

The research that Elías and Cruz-Silva review in Science processes GO through wet-spinning, which relies on a syringe to exude a stream of material into a liquid bath. But other methods exist, too, such as electro-spinning, which uses high voltage. Elías and Cruz-Silva have also patented their own technique to create thin films and super-stretchable GO fibers using, respectively, a Teflon bar and twisting.

The technique they review in Science represents a significant advancement in that it’s reversible. The fibers can be fused into yarn, split apart into fibers, and then reassembled again and again without any apparent damage to the material, Elías said.

Researchers are only beginning to explore the potential of graphene oxide and other two-dimensional materials.

“I have high hopes on what we will do in the future, especially with energy applications,” she said. “Other two-dimensional materials such as tungsten and molybdenum sulfide, which I also work with, are very interesting and have applications in electronics. The research is very significant.”