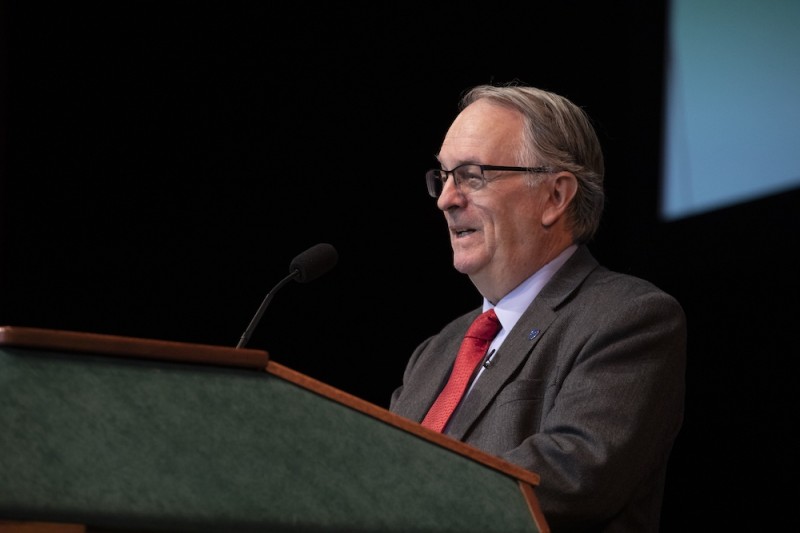 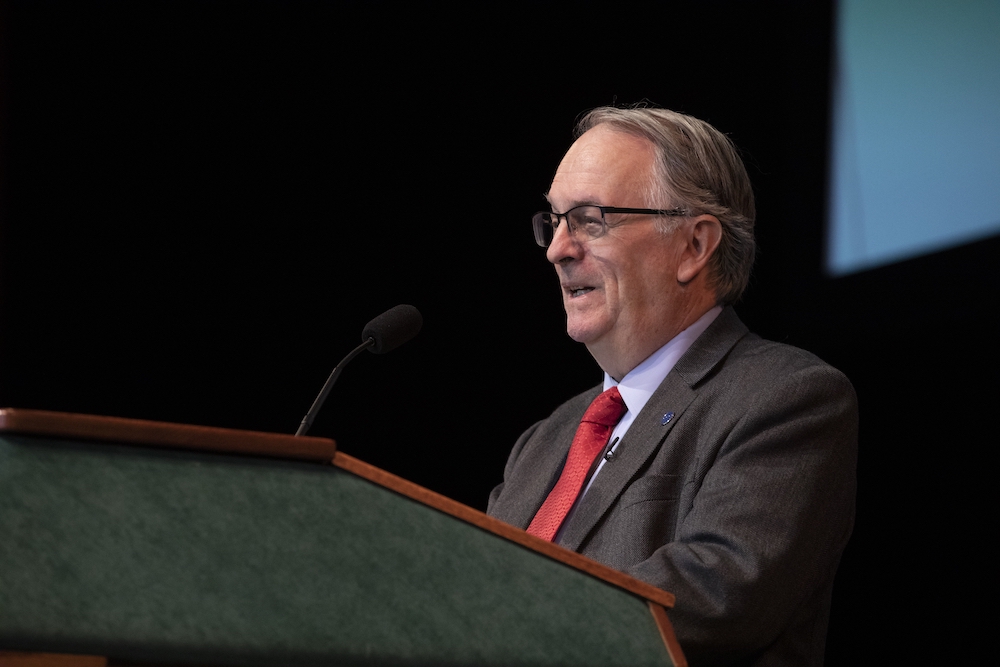 Distinguished Professor of Chemistry and Materials Science M. Stanley Whittingham addresses the crowd at a ceremony held in his honor at the Anderson Center for the Performing Arts on October 18, 2019. Image Credit: Jonathan Cohen.

M. Stanley Whittingham, a 2019 Nobel Laureate and distinguished professor at Binghamton University, State University of New York, has been named a Fellow of the Royal Society.

The Royal Society, founded in 1660, is the oldest scientific academy in continuous existence. It is a fellowship of many of the world’s most eminent scientists and the United Kingdom’s national academy of sciences.

Whittingham won the 2019 Nobel Prize in Chemistry for pioneering research leading to the development of the lithium-ion battery.

“I am honored to be recognized beside so many outstanding researchers,” said Whittingham. “The work being conducted by this group of scientists is important and touches a diverse array of fields, and I thank the Royal Society for helping to raise the profile of my research and that of my colleagues.”

“Stan is a pioneer and I am thrilled that the Royal Society would recognize his important contributions to the field of chemistry,” said Binghamton University President Harvey Stenger. “We’re proud of him and hope that this appointment will bring further attention to the groundbreaking research going on in his lab.”

“The global pandemic has demonstrated the continuing importance of scientific thinking and collaboration across borders,” said Sir Adrian Smith, president of the Royal Society. “Each Fellow and Foreign Member brings their area of scientific expertise to the Royal Society and when combined, this expertise supports the use of science for the benefit of humanity. Our new Fellows and Foreign Members are all at the forefronts of their fields, from molecular genetics and cancer research to tropical open ecosystems and radar technology. It is an absolute pleasure and honour to have them join us.”