Coca-Cola Freestyle machine uses a touchscreen, but does it need larger text or buttons? 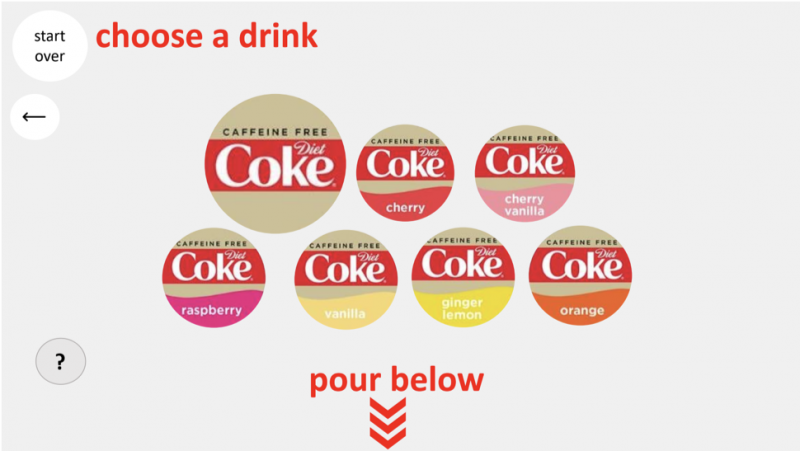 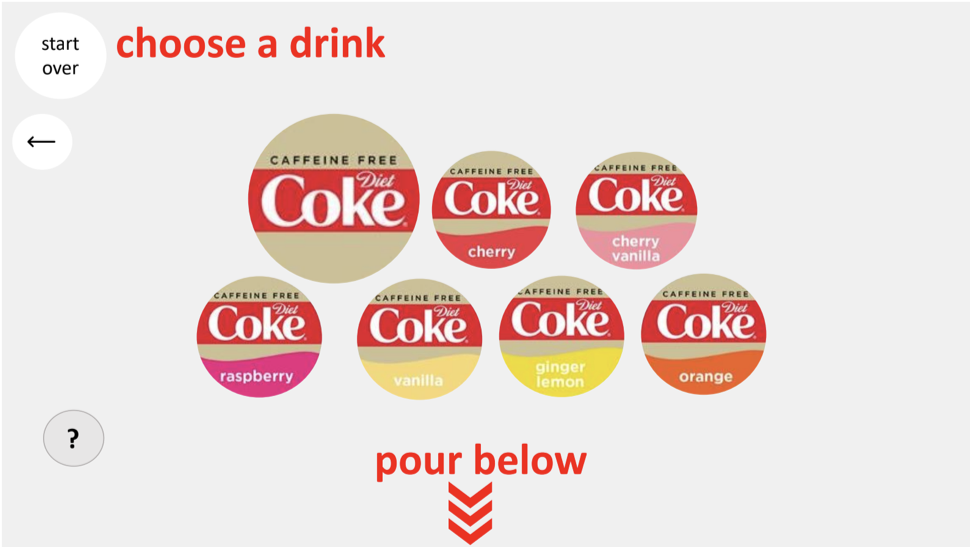 A team from the Department of Systems Science and Industrial Engineering at Binghamton University's Watson College studied the interface for Coca-Cola Freestyle machines to see if it could be improved.
By Elizabeth Short ‘21

The walk to any soda fountain machine, empty cup in hand, is a familiar one. If you’re lucky enough, you’ve been able to use an almost-futuristic Coca-Cola Freestyle machine, which allows users to select from a wide variety of Coke products and flavors.

The Coca-Cola Freestyle machine uses a touchscreen that allows users to select from over 100 different types of soda. The machine uses one graphic display, with little variation in the size of the text describing the different brands and flavors, or in the actual size of the buttons that users can select. It may seem inconsequential, but this type of display may be difficult to use for those with diverse abilities.

The researchers, led by former Assistant Professor Tianqi Gao Smith from the Thomas J. Watson College of Engineering and Applied Science’s Department of Systems Science and Industrial Engineering, proposed a redesign of the graphical interface to increase accessibility for users of the machines. The group recently published a paper discussing their study and presented its work at the 64th annual international Human Factors and Ergonomics Society meeting.

While the group originally had set out to make design changes for both visual and motor-control impairments, restrictions due to COVID-19 only allowed for addressing visual impairments.

“They wanted to propose a new design and test whether that design was effective or not compared to the baseline, which is the actual Freestyle machine.” said Mohammed Mahyoub, a systems science and industrial engineering PhD student who worked on the project. “Even in the literature for these subjects, there are a lot of people complaining about the unified design. Some people have difficulties — some have motor difficulties, so the buttons should be larger, or they have visual difficulties, so they should be able to select the text size that they can see best.”

The process for ordering a drink using one of the Coca-Cola Freestyle machines typically involves going through several levels of selection using the touch screen interface — first, selecting a drink category, then the brand of soda, flavor and, finally, “pour below.” The students redesigned the overall process to add a “select text size” option at the start of the order.

A group of 20 individuals, all Binghamton students ages 18 to 24, were then selected to test the redesigned interface on a touchscreen laptop. Ten students had “normal” vision, while 10 had some level of visual impairment, and five members from each vision group were assigned either the original or the redesigned interface. The goal was to select and “pour” a caffeine-free Diet Coke while being timed. Participants then provided detailed feedback comparing the two designs in a survey.

As always, no study ever goes exactly according to plan, and the results of the study showed that there was no significant change in the time it took for someone with a visual impairment to order. However, 65% of users preferred medium to large text sizes, and the feedback received in the surveys indicated that most of the subjects involved preferred the option of being able to customize the size of the text at the start of their session.

“When we presented this in the conference, they liked the idea so much,” Mahyoub said. “We recognized the limitations, and it’s clear that the future of this research is important. The methodology we adopted was very promising. The experimental setup can be improved to account for any problems.”

The group hopes to continue the project, including repeating the current study with a larger, more diverse sample group, to adjust the size of the ordering buttons, to implement changes for those with motor-control impairments to further increase the accessibility of the machine, and to even implement the redesigned interface on an actual Coca-Cola Freestyle machine.

“The overall framework of the research is promising, as is the objective,” Mahyoub said. “We wanted to solve a real problem for real users.”