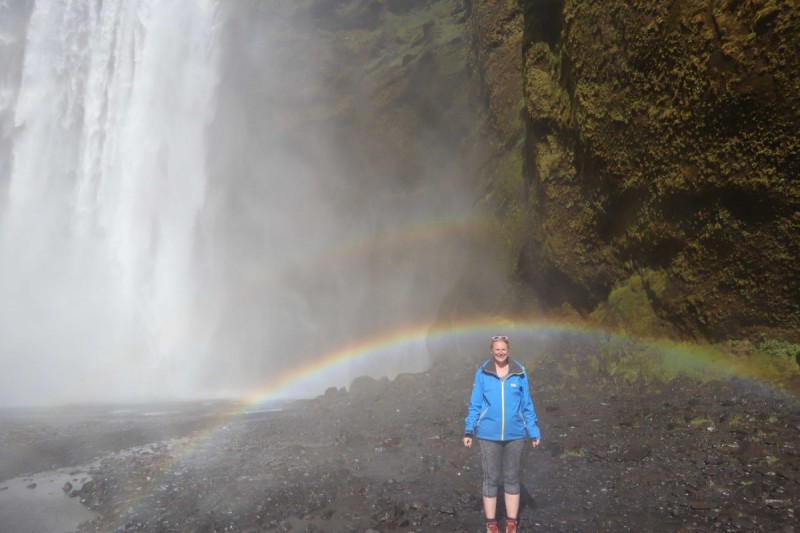 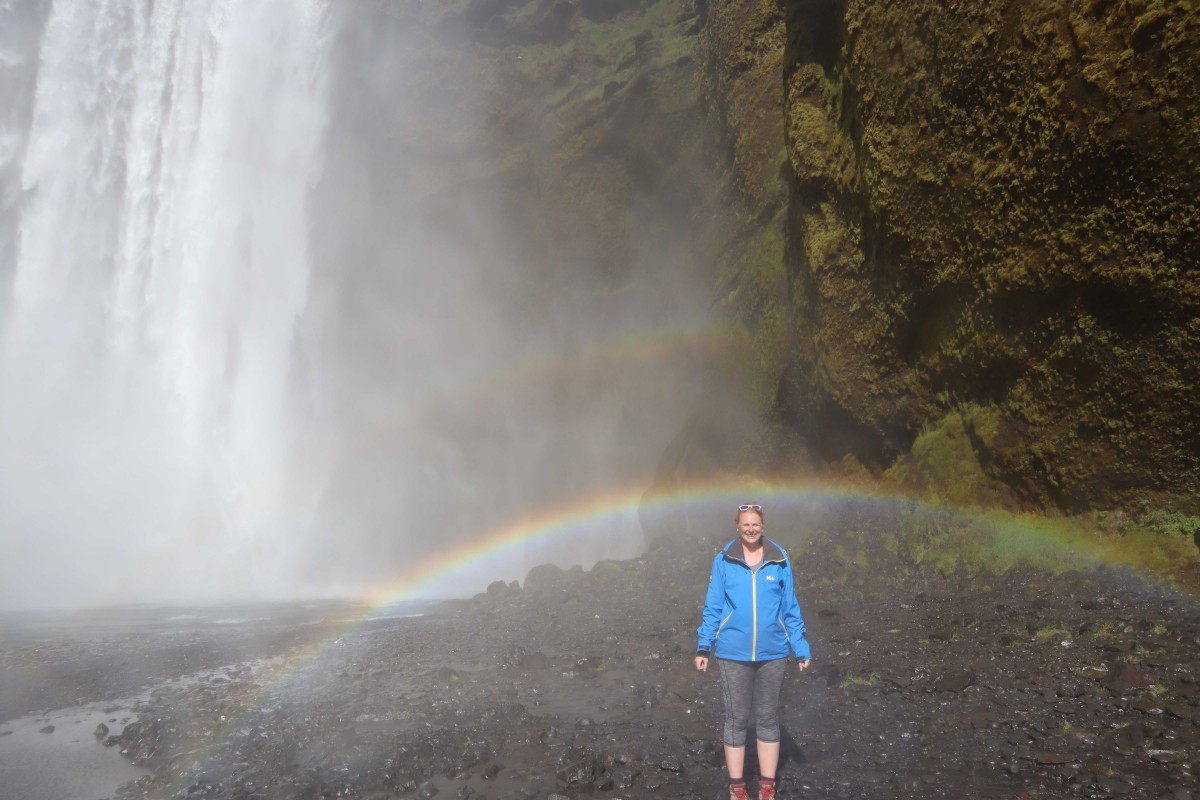 A million years ago, dry seasons became more frequent and forests retreated before the encroaching savanna. Meanwhile, clustered around a nearby lake, our ancient ancestors fashioned stone tools.

During the long press of years, mud and sediment in that East African lake turned to stone, trapping pollen and microscopic organisms in its lattice. Today, researchers like Kennie Leet analyze samples of these ancient sediments, known as sediment cores, to create a picture of the environment early humans called home.

A doctoral student in geological sciences, Leet is the first author on “Labyrinth patterns in Magadi (Kenya) cherts: Evidence for early formation from siliceous gels,” published in a recent issue of Geology, the leading journal in the field. Co-authors include Distinguished Professor of Geological Sciences and Environmental Studies Tim Lowenstein, her advisor, as well as Robin Renaut of Canada’s University of Saskatchewan, R. Bernhart Owen of Hong Kong Baptist University and Andrew Cohen of the University of Arizona.

Leet’s research is part of the National Science Foundation-funded Hominin Sites and Paleolakes Drilling Project (HSPDP), which looks at how the climate may have impacted hominin evolution in the East African rift. Overall, the project looks at the last 5 million years; Leet’s portion of the project considers the last million.

She particularly focuses on the origin of the chert found in Kenya’s Lake Magadi. A fine-grained rock that forms from siliceous material, chert is “cryptocrystalline,” composed of crystals so small that they can’t even be seen by high-powered microscopes, much less the naked eye.

Scientists believe that chert forms on the earth’s surface and thus contains information about the environment at the time of its formation, she explained. Because of this quality, they can use chert to calculate the time period for particular climactic events, such as droughts — not unusual in East Africa, where the climate oscillates between wet and dry periods.

Opening a window into the distant past, the chert points to an even larger trend.

“One of the surprising things we found was that there has been a progressive drying trend for the last million years in East Africa. It’s just been progressively getting drier and drier,” she said. “But in that, we still have the oscillation between wet and dry.”

In the Geology article, she explores a labyrinth pattern she found in the rocks of this period. Patterns are common in nature, and this specific one is formed by drying, she explained.

“It tells us that all of the chert formation and solidification occurred near the surface, where there was exposure to air,” she said. “Because this happened before the sediments were buried and compacted, there is other supporting evidence, such as really beautifully preserved plant fragments and single-celled organisms called diatoms.”

The time period coincides with the region’s transition from trees and forests to grasslands, which biologists and microbiologists on the team are able to track through pollen preserved in the sediment core. During that period, the early humans of Lake Magadi were also creating stone tools in new ways. Researchers wonder: Were these ancient communities moving about and trading more, prompted by drought?

Interestingly, the trend has reversed over the last decade, with the region becoming wetter. In fact, one of the places she stayed during a visit to Kenya in 2019 is now underwater, she said.

Lowenstein describes Leet as a “superb microscopist” who observed features in chert that were overlooked by generations of earth scientists. Her first-author publication in Geology is a testimony to the high caliber of her research — which she pursued while teaching full-time at SUNY Broome Community College and heading its Physical Sciences Department.

“Her research has provided important clues about the arid surface environments on which our ancestor hominins evolved in east Africa. Her work has also been instrumental in using cherts for radiometric dating, which means we can place ages on the environmental information she discovered,” he said.

While Kennie Leet now investigates the mysteries hidden in the ground under us, her original career plan took her in the opposite direction: the sky and the weather.

A native of northeastern Pennsylvania, she earned a bachelor’s degree in meteorology from SUNY Oswego, with plans to become a television meteorologist. But she graduated at an unfortunate time: the number of jobs in the field was sharply declining, as television stations consolidated and went to regional hubs.

She never imagined herself returning to school — until she landed an adjunct position teaching meteorology at SUNY Broome and loved the experience. But she worried that she wouldn’t be able to land a full-time teaching career and opted instead for Plan B: a master’s degree in accounting from Binghamton’s School of Management. Accounting, she reasoned, was a career she could pursue anywhere.

After finishing her master’s, a full-time position in Broome’s Physical Sciences department opened up — at the same time she received an offer from a Syracuse accounting firm. It was a tough choice, but she went with her heart and chose a career in science and higher education.

That meant another master’s degree, this time in environmental science and policy at Johns Hopkins University. Afterward, she yearned to do more than just the continuing education credits needed for promotion. That led to the doctoral program in geological sciences, which she expects to finish next year.

“I think I’m just addicted to learning, honestly!” she quipped. “You don’t find as many students nowadays that are lifelong learners, but that’s how I describe myself. When I finished my undergraduate degree, I said I would never go back to school, but I’ve never not been in school since then.”

It’s been challenging sometimes, juggling her own classes and research with those she teaches. She credits her family, and particularly her husband Ethan, with helping her keep the balance.

Some of that balance, too, comes from her profound connection to nature. As a child, her grandmother would lead nature walks and fossil hunts near her home in Niagara Falls, and the two explored the rocks and plants around them.

“That’s where my heart is, and I feel like Binghamton has helped me bring that back and not just into my own life. I wanted to encourage that in students,” said Leet, who is working to embed outdoor education into SUNY Broome’s environmental science program. “To do that, we need to make field experience accessible.”