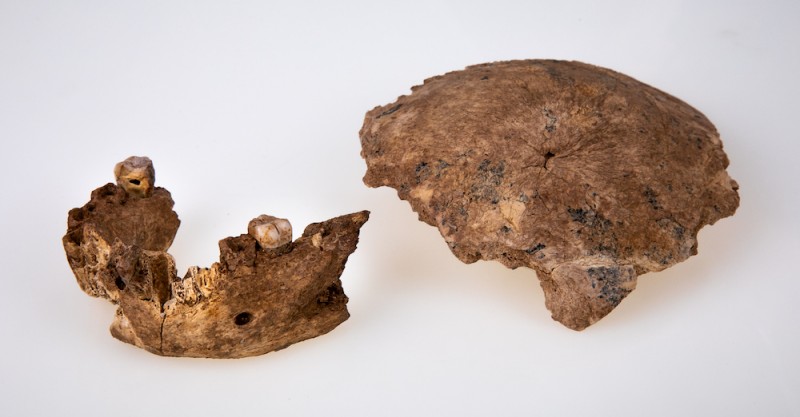 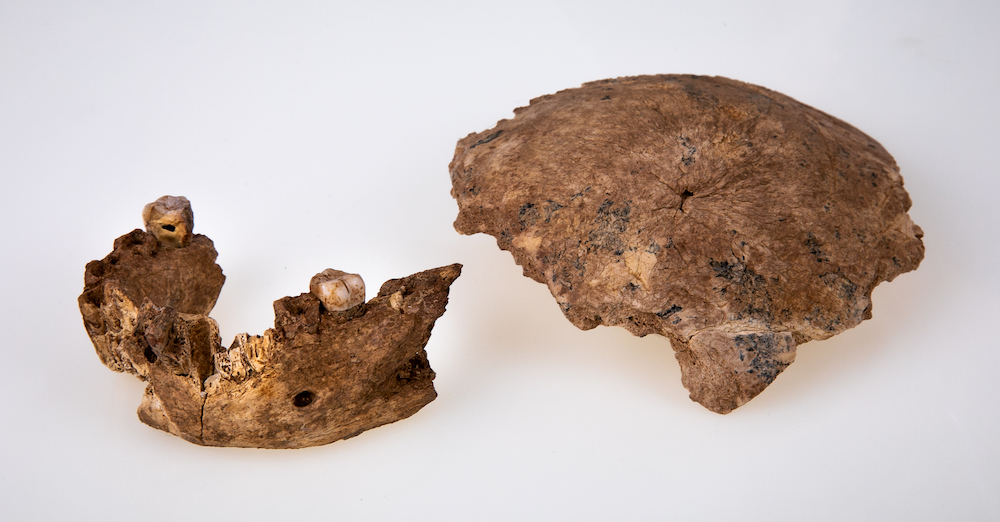 BINGHAMTON, N.Y. — Analysis of recently discovered fossils found in Israel suggest that interactions between different human species were more complex than previously believed, according to a team of researchers including Binghamton University anthropology professor Rolf Quam.

The research team, led by Israel Hershkovitz from Tel Aviv University, published its findings in Science, describing recently discovered fossils from the site of Nesher Ramla in Israel. The Nesher Ramla site dates to about 120,000-140,000 years ago, toward the very end of the Middle Pleistocene period.

The human fossils were found by Yossi Zaidner of the Hebrew University during salvage excavations at the Nesher Ramla prehistoric site, near the city of Ramla. Digging down about 8 meters, the excavators found large quantities of animal bones, including from horses, fallow deer and aurochs, as well as stone tools and human bones. The human fossils consist of a partial cranial vault and a mandible. Researchers made virtual reconstructions of the fossils to analyze them using sophisticated computer software programs and to compare them with other fossils from Europe, Africa and Asia. The results suggest that the Nesher Ramla fossils represent late survivors of a population of humans who lived in the Middle East during the Middle Pleistocene period.

“The oldest fossils that show Neandertal features are found in Wesern Europe, so researchers generally believe the Neandertals originated there,” said Quam. “However, migrations of different species from the Middle East into Europe may have provided genetic contributions to the Neandertal gene pool during the course of their evolution.”

The finds from Nesher Ramla are noteworthy because they sample a time period in the Middle East with few fossils, so they are important additions to the growing fossil record from the region. Other fossils from this approximate time period are difficult to classify taxonomically since they seem to show a combination of features seen in both Neandertals and modern humans. The Nesher Ramla fossils seem more Neandertal-like in the mandible and less Neandertal-like in the cranial vault, but are clearly distinct from modern humans. This pattern matches what has been suggested for both Neandertals and modern humans, where the diagnostic skeletal features of each species appear first in the facial region and later on the cranial vault.

Describing the significance of the find, Hershkovitz said: “It enables us to make new sense of previously found human fossils, add another piece to the puzzle of human evolution and understand the migrations of humans in the old world. Even though they lived so long ago, in the late middle Pleistocene, the Nesher Ramla people can tell us a fascinating tale, revealing a great deal about their descendants’ evolution and way of life.”

The researchers were careful not to attribute the Nesher Ramla fossils to a new species. Rather, they grouped them together with earlier fossils from several sites in the Middle East that have been difficult to classify and considered all of them to represent a local population of humans that occupied the region between about 420,000-120,000 B.C. Given the fact that the Middle East sits at the crossroads of three continents, it is likely that different human groups moved into and out of the region regularly, exchanging genes with the local inhabitants. This scenario might explain the variable anatomical features in these fossils, with the Nesher Ramla fossils representing the latest known survivors of this localized Middle Pleistocene population.

“This is a complicated story, but what we are learning is that the interactions between different human species in the past were much more convoluted than we had previously appreciated,” said Quam.

The study, “A Middle Pleistocene Homo from Nesher Ramla, Israel,” was published in Science, along with a companion paper discussing the culture, way of life and behavior of the Nesher Ramla Homo.