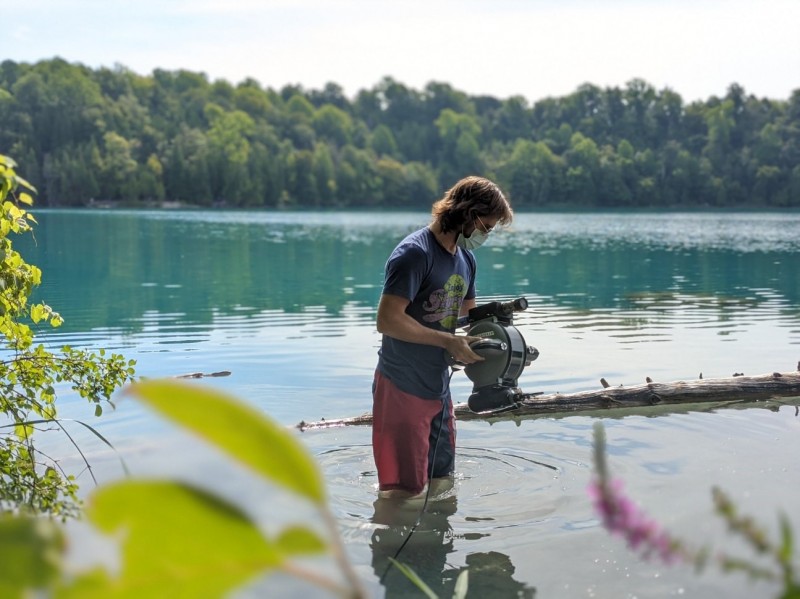 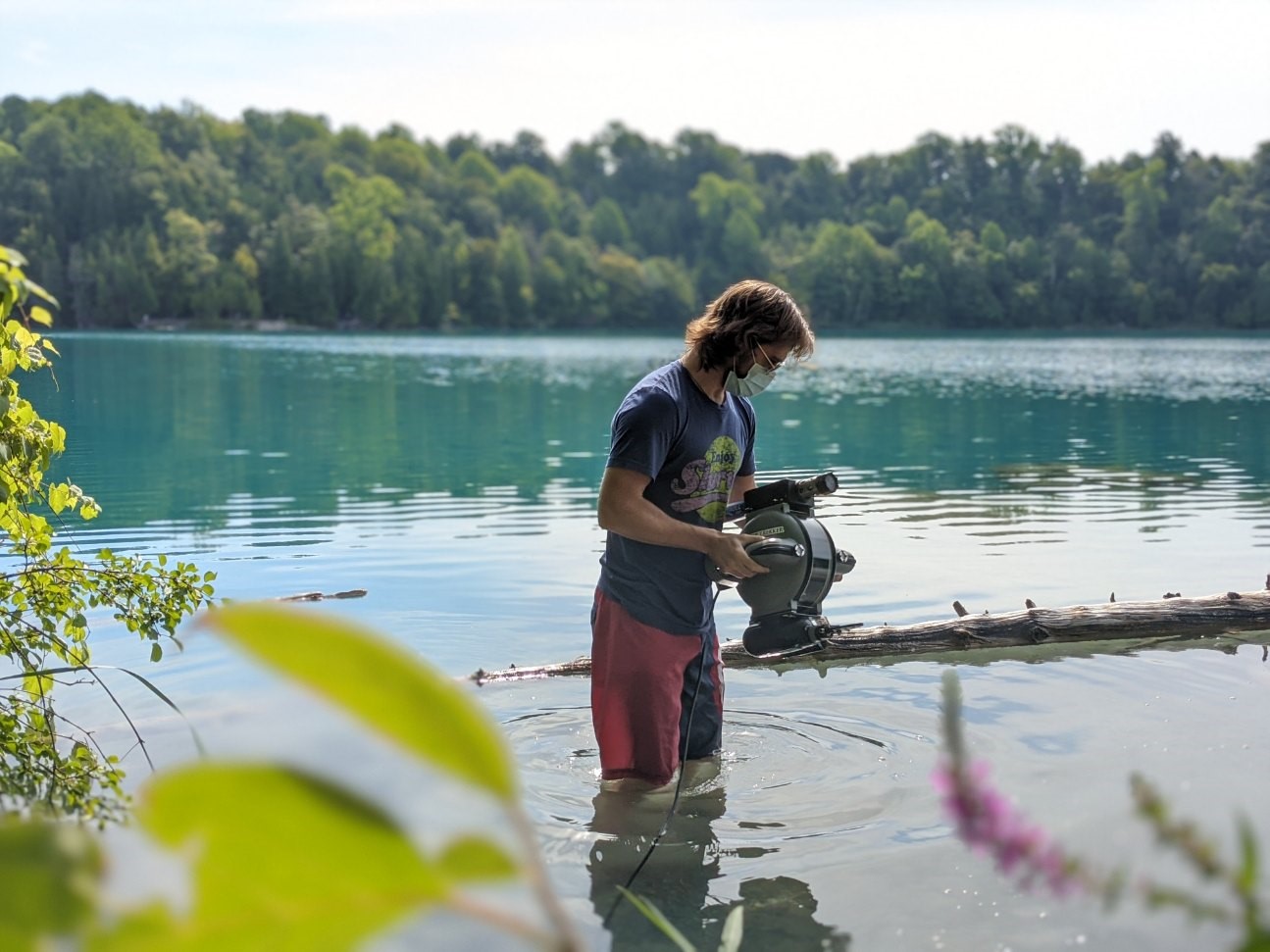 The timescales and forces explored in the geological sciences dazzle with their vastness: millions of years, the shifting of continents, the creation of the planet itself in swirls of stardust, pressure and fire. But the discipline also embraces the tiny: molecular traces in rock that hint at an ancient climate, a hint of pollen from a bygone plant.

You need a unique set of problem-solving skills to reconstruct the history of the Earth — which is what draws Kristian Olson to the field. He’s now in the sixth and final year of his doctoral program in geochemistry and sedimentology, studying under Distinguished Professor of Geological Sciences and Environmental Studies Tim Lowenstein.

“Geological problems can require thinking in timescales from 100 years to 100 million years, from atomic-scale processes to continental-scale processes, and at temperatures and pressures that we’ll thankfully never experience,” Olson explained. “Developing the skills to think of the world in that way is what initially drew me to geology — but I stayed for the fieldwork.”

Originally from Nashville, he received his BS in geology from Middle Tennessee State University and his master’s from the University of Memphis. He chose Binghamton University specifically to study with Lowenstein, the world’s top researcher in the field of saline-alkaline lake deposits.

In addition to publishing in his field, Olson has given presentations at conferences for the Geological Society of America and the International Union for Quaternary Research. Recipient of the 2021 Graduate Student Excellence in Research Award, he also received a 2019 Chateaubriand Fellowship from the French government to study at the University of Lyon and a Binghamton University Provost’s Doctoral Summer Fellowship, along with research grants from three separate professional geoscience organizations.

His research, funded by the National Science Foundation, explores the climate history of the American Southwest through the mineral remnants of extinct lakes. It’s increasingly relevant today.

“The American Southwest is currently experiencing severe drought conditions,” Olson said. “Our ability to accurately predict and mitigate future warming is predicated on our ability to understand how the region responded to past climate variability.”

Today, the Mojave is the driest desert in North America, but that wasn’t always the case. During cooler, wetter glacial periods, it experienced increased precipitation and runoff, leading to the creation of large pluvial lakes; the term, Olson pointed out, comes from the Latin pluvia, meaning “rain.”

During the wet years, the lake bottoms slowly accumulated mud. During warmer interglacial periods, the water evaporated, leaving behind salts.

In 2017, researchers drilled a long tube of rock, known as a sediment core, from Searles Lake in California. It represents 250,000 years of Earth’s history, with alternating layers of mud and salts indicating fluctuations in the Earth’s climate.

Olson is responsible for reconstructing the history of lake deposits, focusing on how the different salt minerals form and the climate-related data they reveal, such as temperature, the amount of precipitation and evaporation, lake depth and salinity. A group of collaborators works to fill in other details, such as biomarkers, pollen types, shoreline deposits and more. Together, the researchers can produce a richly detailed picture of regional climate changes through time.

For the 2019 French fellowship, Olson spent five months working with a group of geologists and physicists using a novel technique called “Brillouin thermometry,” which involves analyzing microscopic droplets of fossilized lake brine with a laser. The process allows researchers to measure the speed of sound within the fluid, which is then used to determine the temperature of the lake water at the time of fossilization.

It was an experience that proved beneficial to his current research.

“By applying this technique to our record of southwestern U.S. salts, we can build a record of temperature change over the past 40,000 years,” he said.

The Geological Society of America Bulletin recently published Olson’s research on the temperature-sensitive salts they study in Searles Lake; in the paper, he and Lowenstein used a series of thermodynamic computer models to establish the temperature constraints of the salt deposits there. They also have another manuscript ready for publication on the work done in France, where they use a second, independent proxy for past temperature estimates.

Olson has pieced together significant information about the ancient climate, including lake temperatures and atmospheric conditions over a span of 150,000 years. It’s an important contribution to the climate community, as climate change is expected to change the water balance in the region, Lowenstein said.

“He is a gifted scholar — creative and totally dedicated to his research on sediment cores we drilled at Searles Lake and what they tell us about past climates in the desert Southwest,” Lowenstein said. “He has become a key member of the NSF project, closely interacting with faculty and PhD students from USC, MIT and SUNY Oswego.”

For his part, Olson can’t say enough about Harpur College’s Department of Geological Sciences and Environmental Studies in supporting his research goals.

“The faculty members go above and beyond in offering help and encouragement, whether I’m pursuing leads outside my field or wishing to learn a new instrument,” Olson said. “That, in addition to all the awesome departmental resources and laboratories, fosters an ideal environment for scientific research and I couldn’t be more content.”