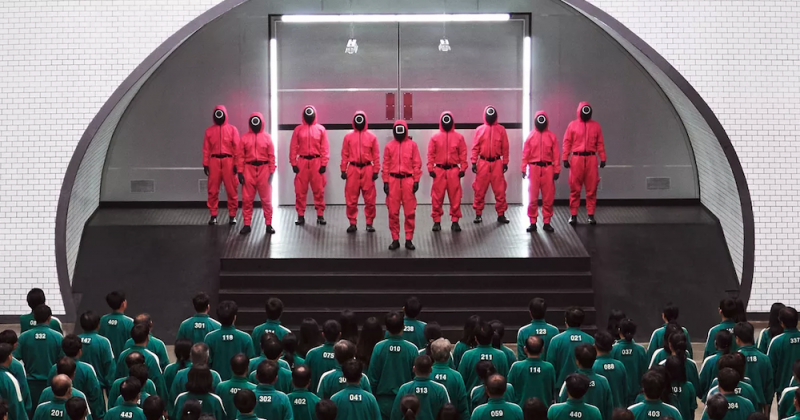 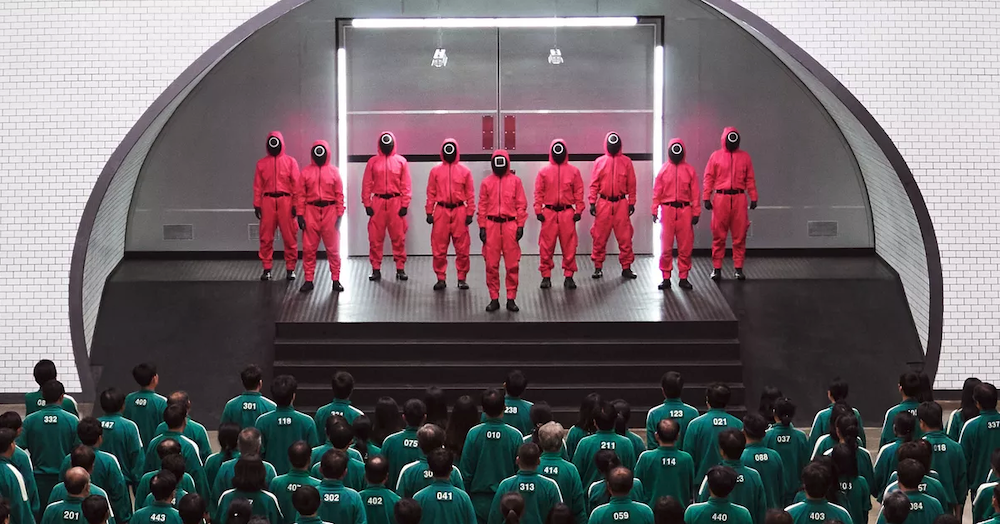 Squid Game, a Netflix show that features characters in dire financial straits competing in deadly children’s games for prize money, has become the most-watched show on the streaming service, reaching 142 million “member households” (as of publication). It’s spawned countless memes and has even been spoofed on Saturday Night Live. To put it lightly, Squid Game is a global phenomenon.

The show is certainly a matter of interest to Robert Ji-Song Ku, chair and associate professor in the Department of Asian and Asian American Studies and a core faculty member at the Center for Korean Studies, He attributes the success of Squid Game to a “perfect storm” of factors.

“For over 20 years, Korean dramas have increased in popularity with international audiences,” said Ku. “It started out in countries nearby, and then it spread to the U.S. through various platforms. But I think the pandemic had a great deal to do with it. Also the popularity of K-pop and BTS, and Korean movies, specifically the success of Parasite, all contributed to this fascination with Korean pop culture. And, Netflix. Other platforms came beforehand, but Netflix has the largest audience, of course. And it all came together.”

Squid Game, notably, features a level of violence and gore traditionally found only in Korean cinema.

“The show combines the grittiness, the real goriness of Korean films, that have found large international audiences, with the format of the Korean drama,” said Ku.

Squid Game has introduced millions worldwide to K-drama, but the format is nothing new to Ku, who has been watching K-dramas all his life.

“It’s something I grew up with and I never stopped watching,” said Ku.

Born in Korea, Ku grew up in Hawaii and lived in Southern California and New York City before moving to Binghamton. As a kid, there weren’t that many non-Koreans that cared about Korean things, he said.

“I grew up most of my life in this country either ashamed of being Korean, because I was teased about it, or because there was nothing about being Korean that was boastworthy,” said Ku.

As a child, Ku would watch K-dramas over his mother’s shoulder while she did household chores. Korean shows weren’t broadcast on TV in those days, so Ku’s mother would travel to the city to purchase them from mom-and-pop Korean grocery stores.

“The Blockbusters and so forth for Korean dramas were these Korean markets,” said Ku. “My mom would get in her car, drive an hour from rural Georgia to Atlanta, load up her trunk with 100 tapes of Korean dramas — they were a dollar a pop — and watch them continually.”

The days of traveling long distances to track down K-dramas are gone, as Korean entertainment has risen dramatically in popularity over the past few decades. Ku traces this increased interest in Korean pop culture back to the late 90s, when Korea was reeling from a financial crisis and needed a “rebrand.”

“To talk about the popularity of Korean dramas we have to go back 20-30 years, to the beginning of what I’m calling the ‘K-pop era,’ he said. “With the IMF crisis in Korea, the financial crisis, the Korean government and its entertainment industry made a plan to turn Korean culture into exportable product. And what you have now in Netflix is the culmination of a process that started in the late 1990s. Just like Samsung sells phones and Hyundia sells cars, we now have these entertainment companies selling cultural content. And Netflix is the latest party to join this phenomenon of Korean dramas finding a global audience.”

Ku became interested in transnational Korean popular culture as a scholarly subject about 10 years ago, which resulted in the publication of Pop Empires: Transnational and Diasporic Flows of India and Korea, (University of Hawaii Press, 2019), co-edited with S. Heijin Lee of New York University and Monika Mehta, associate professor of English at Binghamton University. He is currently working on a book tentatively titled Korean Food in the Age of K-pop, which he hopes to complete in 2022.

To Ku, the golden years of K-dramas were the early 2000s, with dramas like Full House, My Lovely Sam Soon, Coffee Prince (his all-time favorite), Boys Over Flowers, Secret Garden and Dream High. For the most part they were romantic comedies, but over time the content of K-dramas has diversified.

“Now you have zombie stories, you have spy stories, all these workplace dramas,” said Ku. “Over time there has been a broadening of the themes and subject matter of K-drama.”

The evolution of K-dramas is also a commentary on Korean society and how it has evolved, said Ku. “For anyone who wants to learn about Korean society in the past 30 years, Korean dramas are a great way to get a lesson in Korean history.”