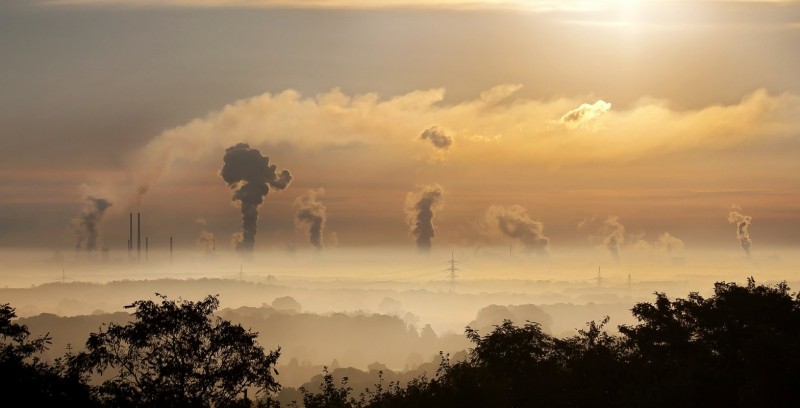 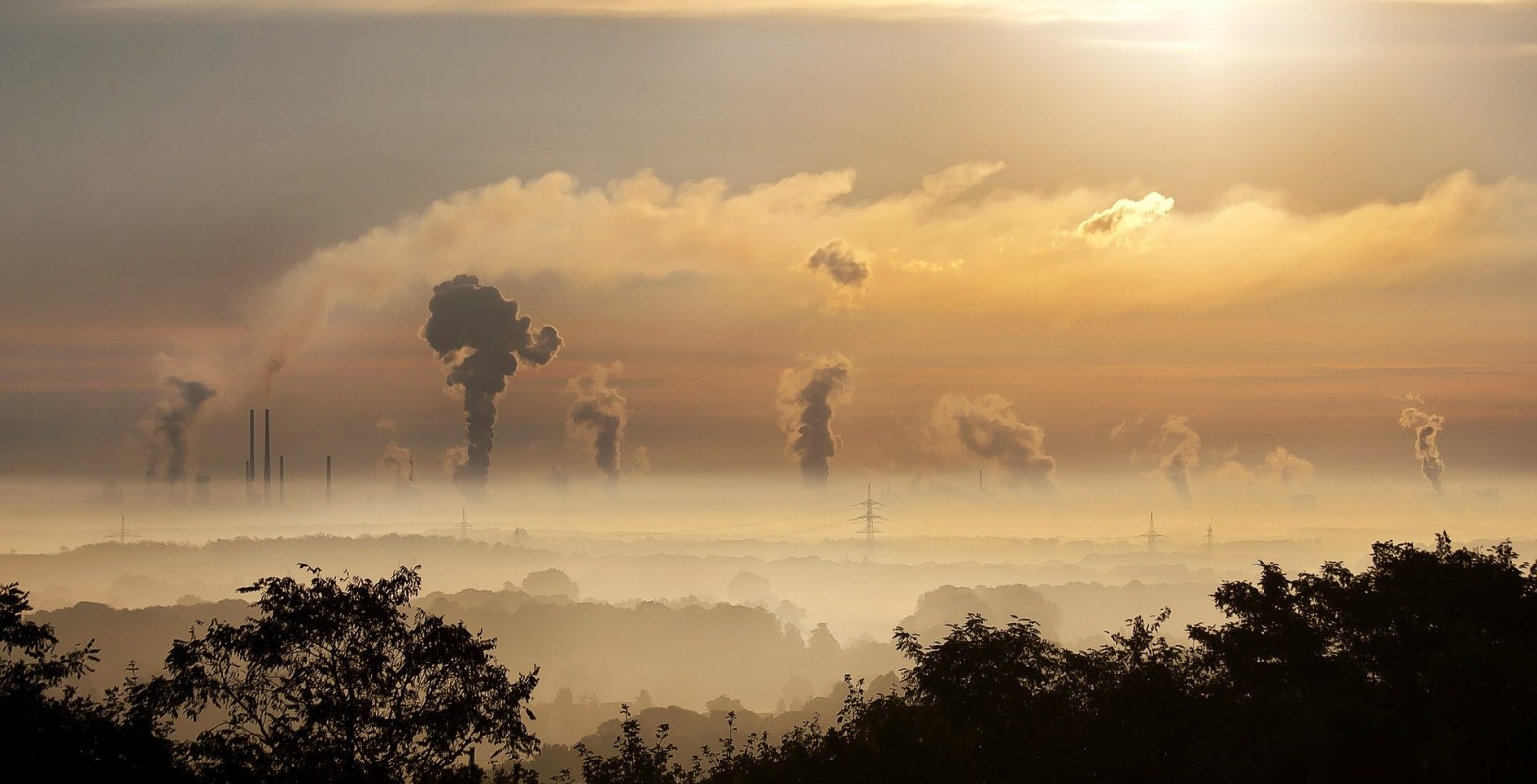 Smoke stacks seen in the distance of a forested landscape. Image Credit: Pixabay.
By Jennifer Micale

Workplaces and even universities went remote as the coronavirus swept across New York state during the spring of 2020. Roads were largely empty and the skies clearer.

But did those reductions in air pollution affect every neighborhood equally? And were the changes actually linked to the pandemic?

“From past research, we know that air quality is far worse in neighborhoods with a higher proportion of low-income and minority populations, since most factories and highways tend to be located in or near these neighborhoods,” Khanna said.

The researchers theorized that these areas possibly could have seen the greatest improvements in air quality during pandemic-related shutdowns, due to the sharp decline in factory production and commercial traffic. But another factor worked in the opposite direction: working from home tends to be a luxury afforded only to the privileged, and low-paid service sector employees — who are most likely to live in these neighborhoods — still needed to work on-site.

To spot trends, they compared the amounts of particulate matter pollution across New York state just before and after the start of the pandemic lockdown, relative to the same period in the previous five years.

They also relied on a unique set of data. Most economists use annual information gathered by government agencies such as the U.S. Census, the Department of Labor or the Environmental Protection agency. Because their study required tracking daily air quality across small neighborhoods, the researchers used data collected by NASA’s Terra satellite on how the earth’s atmosphere prevents the transmission of light through absorption or scattering.

“While not a direct measure of air quality, it allowed us to back out the changes in air quality that we were interested in,” Khanna said. “These data are still quite unusual for economists and we are among a small group of social scientists utilizing them.”

Analyzing the data, they discovered that particulate matter pollution in New York declines every year during March and April for as-yet unknown reasons. Pollution reductions during the lockdown could be connected to this annual pattern, Khanna acknowledged.

The pandemic lockdown did, however, clearly reduce the gap in air quality between minority and majority white neighborhoods in rural New York, although it didn’t in urban areas. Why?

In New York state, heavily polluting economic activities tend to be clustered along main highways such as I-90 or I-87; rural minority neighborhoods tend to be located in these same areas, Khanna explained.

To define neighborhoods, the study also relied on census tracts, which are determined primarily by population size. Because of high population density, urban census tracts tend to have significantly smaller geographical areas when compared to those in rural communities. As a result, majority and minority neighborhoods are physically closer to each other in cities, which could potentially erase any potential difference in air pollution amounts.

The data suggest that minority neighborhoods, particularly in rural areas, may disproportionally bear the consequences of exposure to relatively high levels of pollution unless there is a change in pollution regulations. Air pollution has real consequences for residents; it has been linked to health outcomes, which can reinforce existing economic and social inequalities, Khanna said.

“Our study suggests that stronger regulation can improve air quality in some of the most polluted areas of New York state,” she said.