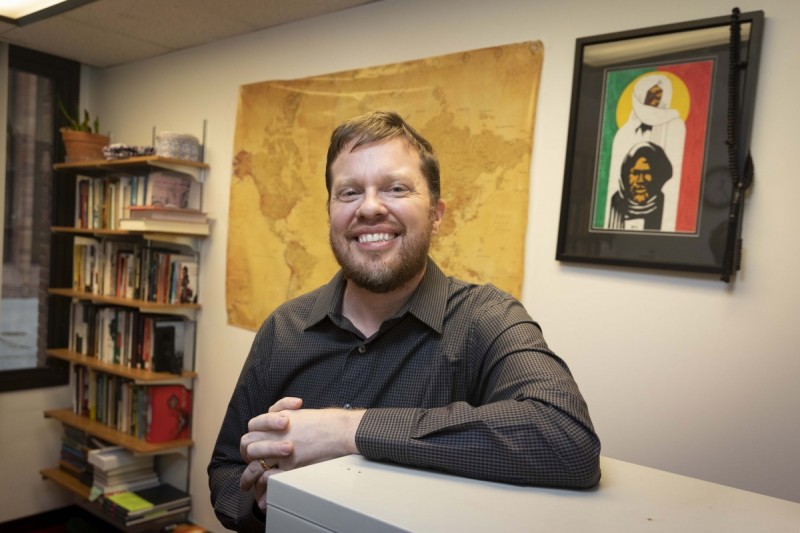 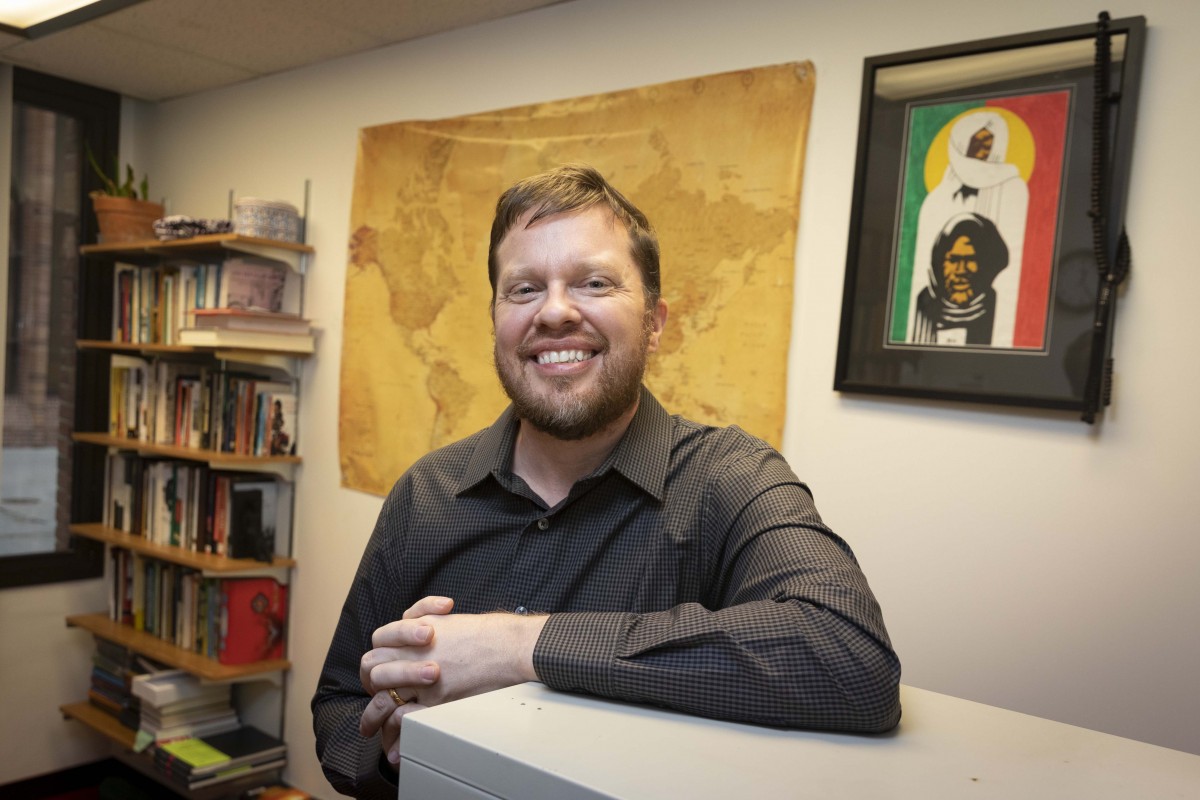 Today a part of Tanzania, Zanzibar has a complex history that includes a sultanate and a 1964 revolution. It’s the research focus of Assistant Professor of Africana Studies Nathaniel Mathews, who recently received a grant from the Oman Studies Centre in Berlin, Germany.

The center is part of Germany’s Leibniz-Zentrum Moderner Orient (ZMO), a research institute focused on Muslim societies in the Middle East, Africa, Eurasia, South and Southeast Asia, and their relationships with neighboring non-Muslim regions. ZMO is a unique academic institution that’s comprised solely of researchers, Mathews said. Some of the best area study scholars come out of Germany because of the seriousness with which they approach languages, the foundation of any area-studies work.

Early next year, Mathews will spend three months at the Berlin center, where he will conduct additional research for his book on Zanzibar, share his findings and present sections of his manuscript.

The book he’s working on centers on a group of exiles from the Zanzibar Revolution, their political activities, the communities they formed in exile and their return migration to Oman based on claims of descent.

“One of the things I’m looking at is how diaspora groups participated in nationalist movements in Asia and Africa in the 1960s and what their relationship was to anti-colonial and nationalist politics,” he said.

A native of Illinois, Mathews’ interest in East Africa was first sparked by the Kenyans he knew through his church while growing up. He became interested in Swahili culture and language during his undergraduate years at Howard University, and has stayed on that path since then; he earned his master’s in global and comparative history from Georgetown University in 2009, and his doctorate in African history from Northwestern University in 2016.

Oman has a substantial minority of Swahili-speaking citizens, owing to a history with the East African coast that dates back to the 18th century. The island of Zanzibar was ruled by a branch of Oman’s ruling family until the revolution. By that time, however, the ruling Omanis were functionally Zanzibari: they had intermarried locally and spoke Swahili.

“In fact, some of the island’s first anti-colonial nationalists in the 1930s and going into the 1950s were part of this larger community of Arab Zanzibaris,” Mathews said. “This is a group that descends from migrants to the island who accompanied the Omani ruler in the early 1800s.”

His book is nearing completion, although he still has a few revisions ahead of him.

“I’m looking forward to workshopping some of the chapters with the folks there at ZMO and finally bringing this to a close,” Mathews said. “I’ve been working on this in various forms for over a decade, so I’m definitely ready to get it out there and see what people say.”