Binghamton senior discovers a passion for conservation through community engagement 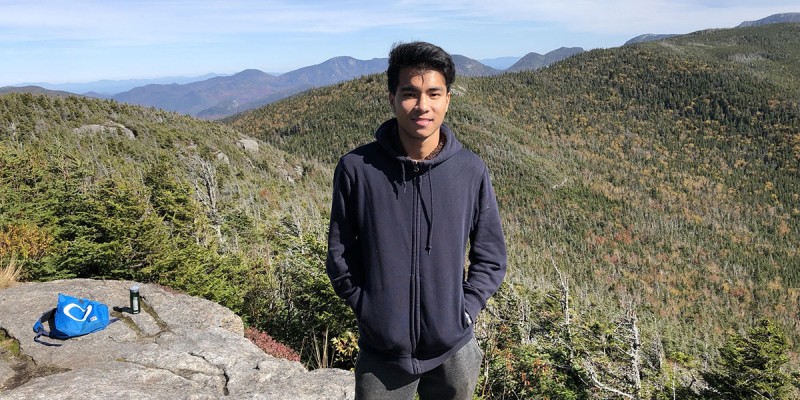 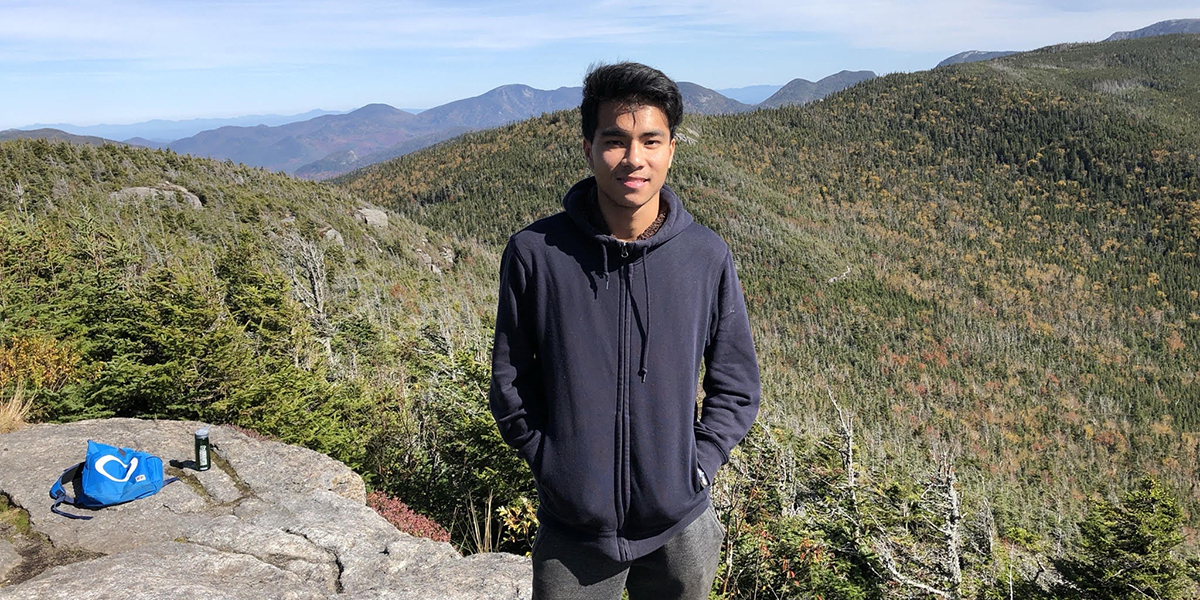 Growing up in Brooklyn, Eric Fung didn’t have constant exposure to wide-open green spaces. Despite that, through his coursework and related experiences, the Binghamton University senior has discovered a love of protecting nature and is about to graduate with a degree in environmental science.

Fung didn’t come to Binghamton with the intention of pursuing a career in conservation. He originally wanted to major in anthropology, but that changed when he took classes in geology and environmental science after his first year.

“I’ve always been a very outdoorsy person. I’ve always appreciated the national parks and everything that they do,” Fung said. “So then I thought, ‘Why not go into conservation as a career?’ Conservation is kind of an overlooked service sometimes, but I feel like it’s really important for me to do my part in an underfunded and understaffed field.”

One of the first classes that sparked Fung’s interest in conservation was ENVI 101 Humans & Ecological Environ, taught by George Meindl, an instructor in the Environmental Studies Program. Since then, Fung has spent his time at Binghamton taking classes about ecosystems and working with various organizations fighting the spread of invasive species in upstate New York. Another class that furthered his interest in conservation and helping communities fight against invasive species was ENVI 324 Urban Ecology.

Urban Ecology is designated as a community-engaged learning course by the Center for Civic Engagement (CCE), which provides tools and resources for instructors to incorporate community engagement into their teaching, research or scholarship.

“[Meindl’s class] was about the human relationship with nature in places like large urban areas,” Fung said. “I learned a lot about the importance of green spaces and how they’re an invaluable part of communities. We also learned about how social justice is tied to environmental issues. One of the most important things I learned about in that class was biophilia — the idea that we have an innate connection to nature.”

In Urban Ecology, students learn how to understand urban areas as ecological systems and how humans are just one of many organisms that shape cities, according to Meindl. Through partnerships with community organizations that are built into the course, students can see how this manifests in the real world.

“Eric was actively involved in community engagement not only in my Urban Ecology class, but also through an internship with Broome County Parks and Recreation,” Meindl said. “Eric is passionate about connecting his educational experience to the betterment of the general public.”

Also as part of his internship, Fung tabled at local events, such as the Broome County Farmers Market and in Otsiningo Park, where he represented the department and answered questions and provided information about local invasive species to the public.

This past summer, Fung continued his conservation work in the Finger Lakes region and also worked as a watercraft steward at Dorchester Park in Whitney Point, N.Y., where he checked boats coming in and out of the water for invasive species and cleaned off any he found to prevent them from spreading to other bodies of water.

“[At Dorchester Park,] I interacted with all of the public boaters who were coming in and out of the water, educating them about aquatic invasive species and what they can do to prevent their spread,” Fung said.

His internship at the Finger Lakes Partnership for Regional Invasive Species Management (PRISM) allowed him to continue to spread information about invasive species to the agricultural communities in the region.

“I tabled at a bunch of different events, the most notable of which was Empire Farm Days,” Fung said. “That’s the biggest agricultural convention in the Northeast. I set up a table with all these pamphlets about invasive species. A bunch of people came over to the table and took pamphlets. We got a lot of questions about the spotted lanternfly, a new invasive species that’s coming up from New Jersey and Pennsylvania. If they make their way up here it would be very destructive for the Finger Lakes region, because those bugs target fruit trees, like grape vines and apple trees. A lot of people are very concerned about it, so we’re trying to spread awareness about them, and people have been receptive and thankful.”

As an instructor at Binghamton, Meindl has also been thankful for the support he’s found from the CCE, saying that integrating community-engaged learning has allowed him to become a more impactful educator.

“Students are always seeking real-world applications for their learning, and community-engaged learning provides an opportunity to apply their knowledge gained as students to real-world community issues.”