Unraveling the pseudoknot: Research to explore the ‘switch’ behind COVID virus 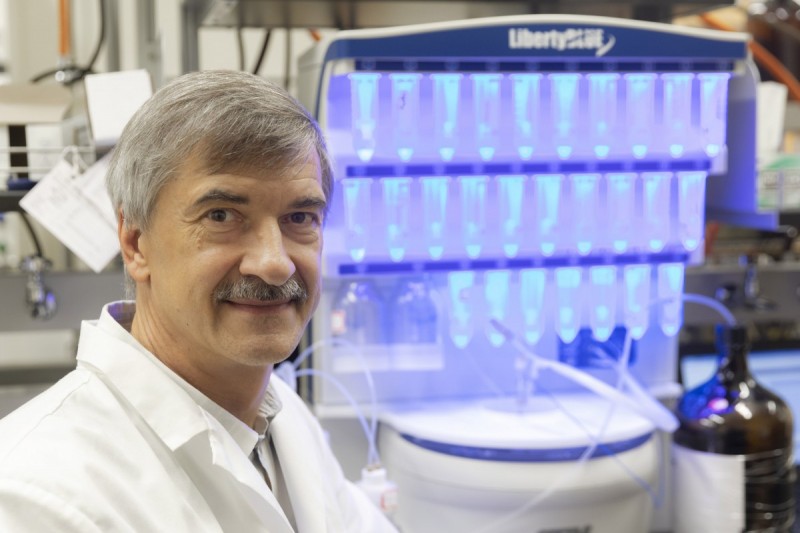 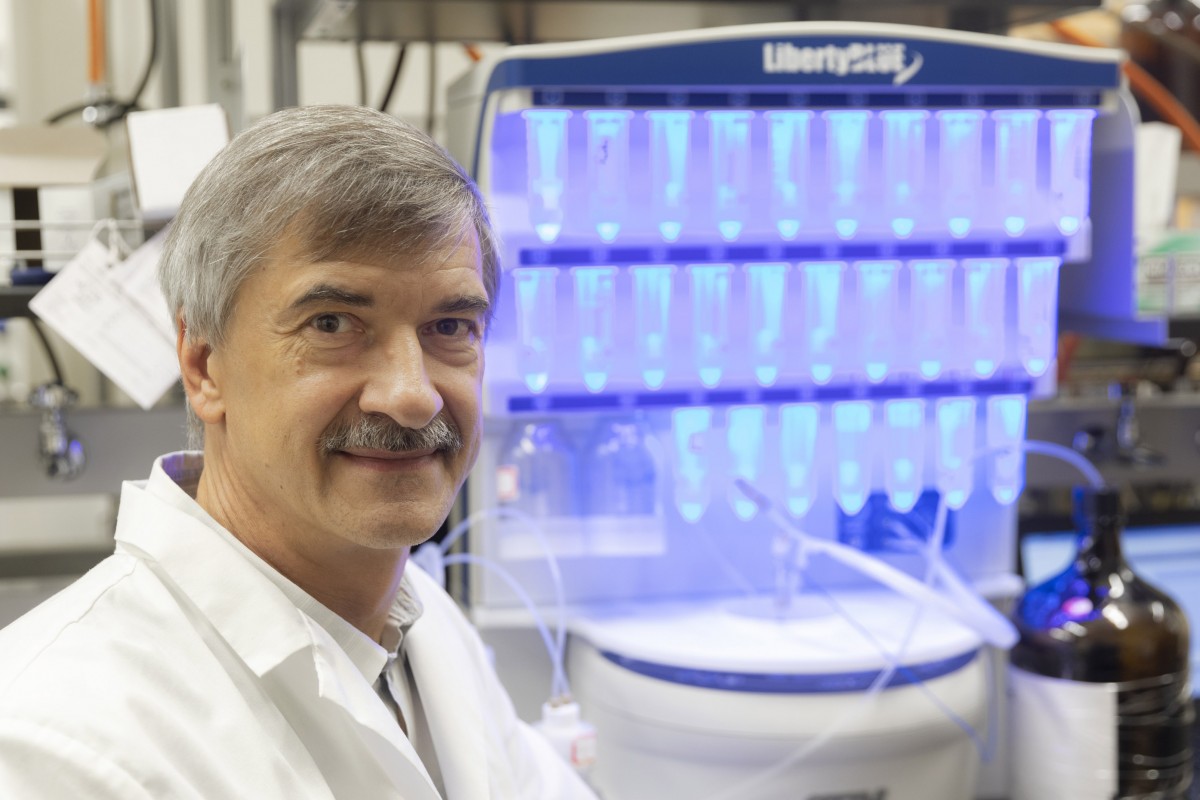 Lockdowns shuttered laboratories during the spring of 2020, as the coronavirus pandemic began to sweep across the country. Binghamton University Chemistry Professor Eriks Rozners and doctoral candidate Christopher Ryan, however, were hard at work on their latest idea.

“In lockdown, we had a lot of time on our hands and we were thinking about what we could do that would be relevant to the pandemic,” Ryan said. “It didn’t take us too long to figure out that coronavirus is actually an RNA virus and our lab specializes in working with RNA.”

While viruses contain proteins, many rely on single-stranded ribonucleic acid, or RNA, for their essential machinery. If scientists can figure out how such viruses actually reproduce and hijack cells to make the proteins they need, they could eventually discover methods to disrupt that process, perhaps leading to more effective treatments.

Rozners recently received a two-year $428,330 grant from the National Institute of Allergy and Infectious Diseases for a research project that targets SARS-CoV-2 RNA pseudoknots.

The project will use peptide nucleic acids (PNA), a synthesized polymer that creates strong bonds with DNA or RNA. The researchers won’t use live virus, but instead a replicon: essentially, a virus that has been altered so that it’s no longer infectious, but maintains functions such as the ability to replicate and translate. The altered virus will also include some markers beneficial for research.

The process of creating a replicon involves molecular biology — a challenging change of pace for a chemistry lab. Rozners and Ryan will have the help of a postdoc who is an RNA biochemist, and the funding will allow them to add molecular biologists to the team as well. They will also be advised by Associate Professor Paul Masters of the New York State Department of Health’s Wadsworth Center, an expert in the molecular genetics of coronaviruses.

Rozners credits Ryan with the courage to put forth his ideas and take the leap into a new field.

“Without his innovation, courage and hard work, we would not have succeeded,” Rozners said.

Up to 40 percent of infectious agents might be RNA viruses. Their ranks not only include coronaviruses, but influenza and even Ebola, giving this research a potentially wider field of impact than even the current pandemic.

Viruses need to toggle between two different states: replication, which copies the virus’ RNA, and translation, in which the RNA makes viral proteins, which in turn are used to control the cells that the virus invades. While both are needed to assemble new viral particles, these processes can’t occur simultaneously.

“The understanding in the field is that you cannot have the same enzymatic machinery making another RNA molecule and making proteins at the same time, so there has to be a switch,” Rozners explained. “A hypothesis is that the structure of viral RNA determines that switch.”

This structure appears to involve two shapes: the narrow “hairpin” and the more complex “pseudoknot,” in which a single strand of RNA folds back on itself twice. Pseudoknots form when the bases of different hairpins begin interacting with each other. The pseudoknots and hairpins are prime candidates for the RNA switch, and could potentially be linked to translation and replication.

You can think of viral RNA as the reverse of the human genome; in the latter, only about two percent of DNA codes for proteins. For RNA, the case is the reverse: a great deal of information must be packed into a much smaller space.