University receives $500,000 to develop a proposal to compete for up to $100 million for battery manufacturing 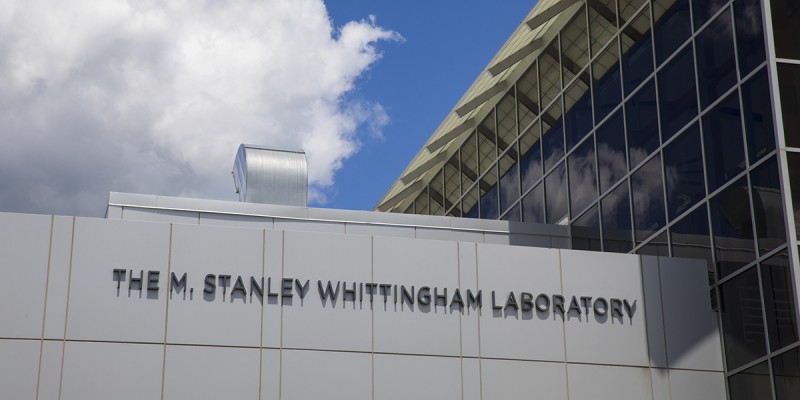 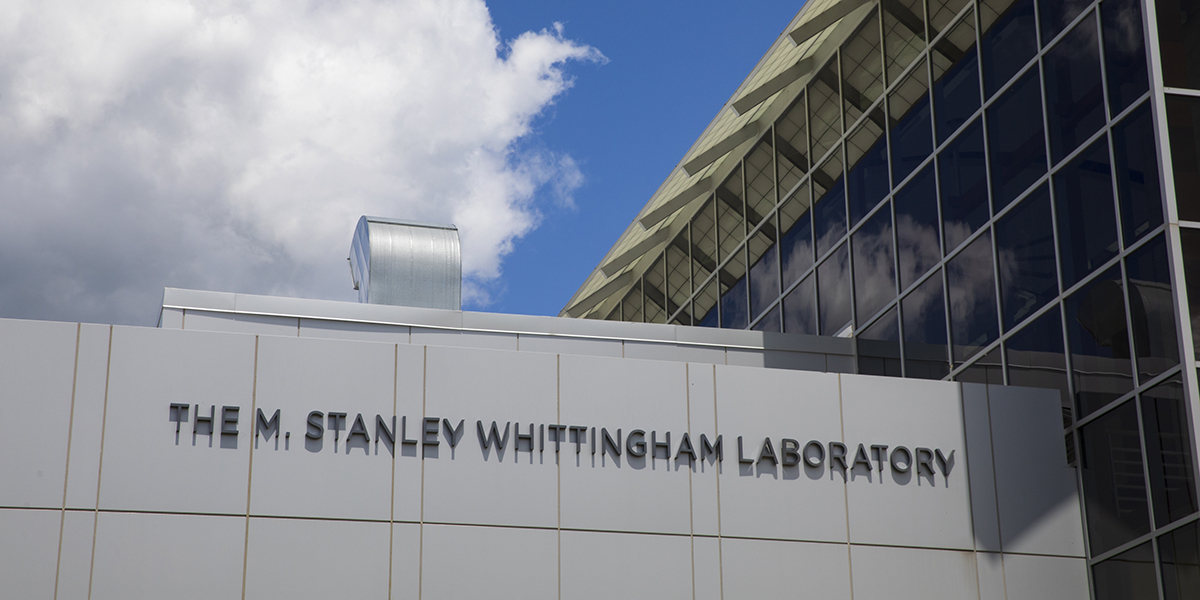 The M. Stanley Whittingham Laboratory, located at the Center of Excellence at the Innovative Technologies Complex, will be the site of much of the work on the Build Back Better Regional Challenge. Image Credit: Jonathan Cohen.
By Staff

Schumer, who advocated strongly for Binghamton’s proposal, said the Phase 1 award opens up two opportunities to the University: first, it provides $500,000 in technical assistance funding that the University will use to develop its proposal to turn the Southern Tier region into an energy technology hub; and second, it allows the University to compete in Phase 2 of the challenge for up to $100 million to put Broome County on the map as a hub for battery manufacturing with national and global impacts.

“This is big news for Binghamton,” said Schumer. “The Southern Tier has long been a home to innovation, as the birthplace of IBM, flight simulation and virtual reality, and it continues to do groundbreaking research through world-renowned institutions like Binghamton University. Now, many more will see what I’ve long-known: the Southern Tier has all the right ingredients to be the nation’s next battery manufacturing and research hub.

“This award will make the New Energy NY project eligible for up to $100 million in federal funding to transform the Greater Binghamton area and broader Upstate New York region, create thousands of jobs, fuel the innovation necessary to combat climate change, and importantly, strengthen a critical area of the U.S. domestic manufacturing supply chain,” Schumer added. “I am proud to have fought for the New Energy NY project to be selected for Phase 1 and I will continue to fight tooth and nail to secure the final award and supercharge this growing area of the Upstate New York economy.”

“We’ve worked for so many years to advance battery storage technologies and now, more than ever, these advancements are needed to not only create jobs and improve the regional economy, but they are crucial to our nation’s energy goals and energy security efforts,” said M. Stanley Whittingham, Binghamton University distinguished professor, researcher and 2019 Nobel prize winner in chemistry. “Our NENY proposal can turn our region into an energy technology hub that has the potential to turn out advancements that will have national and global impacts. We are excited to get working on the next phase and thank Sen. Schumer and the Economic Development Administration for understanding and seeing the potential of this initiative.”

“When Stan Whittingham and Per Stromhaug [assistant vice president of the Office of Entrepreneurship and Innovation Partnerships] discussed this proposal with me, it just made so much sense. With the appropriate support, we can become a national hub for battery innovation, manufacturing and workforce development,” said University President Harvey Stenger. “We thank Sen. Schumer for his support on this as well as all that he does for our University and we thank the EDA for understanding and supporting our vision and providing us the necessary resources to move this forward.”

“This New Energy New York project will capitalize on the research of our colleague Stan Whittingham, now known globally as a Nobel laureate and co-inventor of the lithium-ion battery,” said Vice President for Research Bahgat Sammakia. “We’re fortunate to have an experienced, well-respected innovator like Stan leading the way and pushing our region and our country to take bold action for a more environmentally friendly future.”

Stromhaug, who is regional economic competitive officer for the project, noted that the University has a long track record of successful collaborations with industry partners, and this project will build on that success.

“Through New Energy NY, Binghamton University is honored/excited to lead a coalition of premier organizations from across New York State to help the U.S. meet the critical and growing demand for domestic battery products by establishing a battery development and manufacturing hub in Upstate New York around an emerging storage ecosystem, with a focus on innovation, entrepreneurship, supply chain resilience and environmental justice,” Stromhaug said.

Binghamton was chosen by the U.S. Department of Commerce’s Economic Development Administration (EDA) for the project, which will bring together the University, SUNY Broome, Rochester Institute of Technology, NY-BEST and others to develop a proposal for Phase 2 of the competition. The proposal will focus on expanding research, development, testing and workforce assets to meet the demand of the emerging battery manufacturing industry in the Southern Tier and Upstate NY.

If fully funded, the project estimates that over a 10-year period as many as 8,000 new direct jobs would be created as a result of this effort, with the potential to support or sustain thousands of additional indirect jobs.

Schumer said that the Build Back Better Regional Challenge received 529 Phase 1 applications from across the United States, and the New Energy NY project was one of 60 proposals selected as a Phase 1 awardee. He emphasized that receiving this award and being a finalist for Phase 2 funding will shine a national spotlight on Binghamton and the Southern Tier as a rapidly growing battery-manufacturing hub, prime for investment and new jobs.

In Phase 2, the EDA will award 20-30 regional coalitions $25 million to $75 million, and up to $100 million, for selected projects to grow new regional industry clusters or scale existing ones through planning, infrastructure, innovation and entrepreneurship, workforce development, access to capital and more.