When rocks were tools: Research offers insights into the deep past 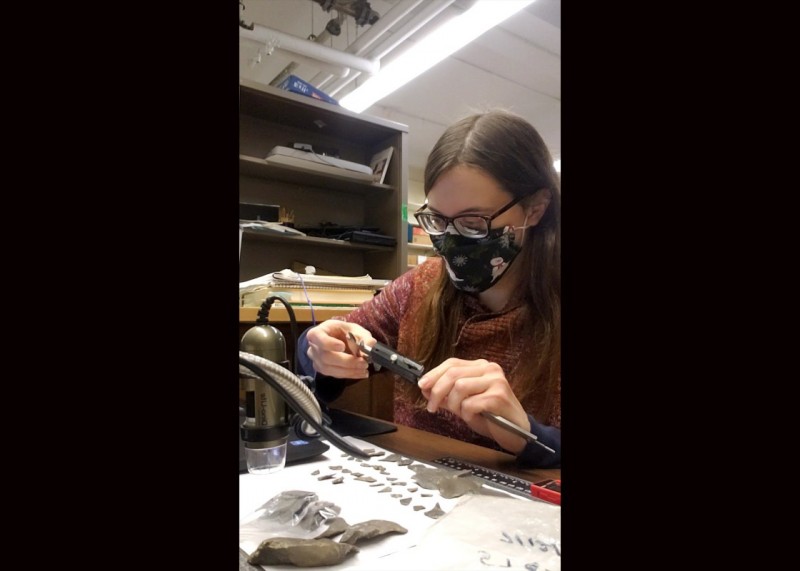 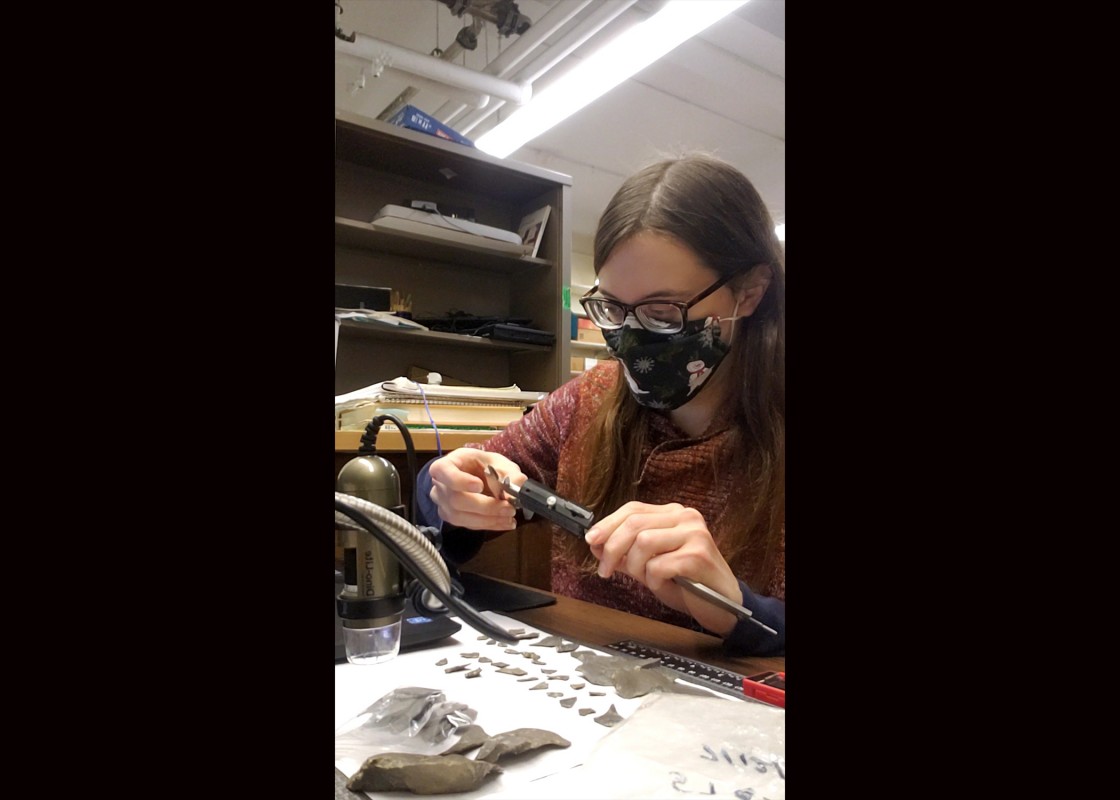 Imagine a day thousands of years from now, when a future archaeologist sifts through the ruins of your home. Miraculously, your kitchen drawer is still intact and the researcher carefully extracts each ancient utensil. What would your spoons and spatulas say about your daily life, your culture and the times in which you lived?

In essence, this is what archaeologist Michele Troutman does when she examines the stone tools created just after the end of the last Ice Age. A doctoral candidate in anthropology at Binghamton University, her research centers on a pair of sites in eastern New York that date back to the Early Archaic period, when ground stone tools first began to appear in archaeological sites in the Northeast.

A native of rural western Pennsylvania and a first-generation college student, Troutman earned her bachelor’s degree in the field at Indiana University of Pennsylvania in 2013, and then her master’s at Binghamton in 2016. She first became interested in archaeology during high school, when she researched careers for a school project. During that time, she volunteered at the excavation of a blacksmith shop, which sparked an interest in the daily lives of people who lived along ago.

“Overall, the world is filled with diverse customs, practices and cultures; it is great to learn about those differences and to have a more open perspective in comparison to the small rural area I come from,” she said.

From arrowheads to anvils

As the glaciers retreated from what is now New York state, the climate became warmer and drier. Elk and deer roamed through the forests, and were followed by human communities that used them as a food source.

Members of these communities fashioned tools of stone, bone, wood and other natural material, although much of their toolkit crumbled through the passage of time. The stone remained, revealing subtle information about social connections and lifeways during this distant period of human history.

Troutman is interested in learning how stone tools were created, and how changes in these tools may reflect cultural innovations. To that end, she is comparing two collections from the Early Archaic Period in eastern New York state that have different styles in projectile points.

“Similar practices of creating the tools can indicate shared ideals and connection between those communities, at least as far as how to create stone tools,” she said.

Sites in New York tend to fall within the Atlantic Slope Macro Tradition, which extends into the southeastern United States, and features recognizable projectile point styles. Many of the chipped stone tools such as arrowheads were made of local materials, although some have connections to more distant sources; stone from Pennsylvania, for example, made its way to the upper Susquehanna River valley in New York, while stone from sources in Ohio was discovered at sites in modern-day Ontario.

During this period, ground stone tools also became standardized, and were likely used for woodworking. As evidenced by their tool use, communities relied on hunting, as well as wild plants, seeds, small game and fishing.

Stone tools aren’t monolithic; they are shaped by human hands and minds for a variety of purposes. Stone that can be chipped — flint or chert typically, and sometimes quartz — can be shaped into arrowheads and spear points, as well as scrapers, drills, knives and engraving or piercing tools. Ground stone tools, on the other hand, include anvils, mortars and pestles, choppers, and net-sinkers. Some tools might have several combined functions, a bit like a Swiss Army knife, she said.

These tools and their functions can tell us about the realities of ancient life; the presence of net-sinkers, for example, implies that individuals went fishing, Troutman said. A trace of blood can lead to other avenues of inquiry: What animals were they hunting?

Archaeologists also investigate the techniques used to create the tools, a process called flint-knapping: Were they shaped with hard rocks or antler? Was the material heated first?

“There are many modern-day flint-knappers and there are a number of archaeologists who conduct experiments to try and replicate the process of making those tools,” Troutman explained. “Some archaeologists can get quite detailed enough to explain whether there is a shared style of creating tools, whether there were ‘specialists’ who made those tools for everyone to use or whether a number of people made their own.”

While her current research centers on New York state, Troutman’s coursework, fieldwork and jobs in cultural resource management have given her a wide range of archaeological experience along the Eastern seaboard, as well as the United Kingdom and France.

After earning her doctorate, she hopes to continue to work in the field, whether with a position in a cultural resource management lab, a museum or an educational setting. Public scientific literacy and outreach are a crucial component of anthropology, she reflected.

“It is through our interactions with the public that we can engage in changing the narratives that we present about past peoples,” she said. “It won’t matter what ideas and new insights get presented and taught in an undergraduate classroom unless those can be translated to a more diverse audience.”