On the big stage: Alum finds singing success in China 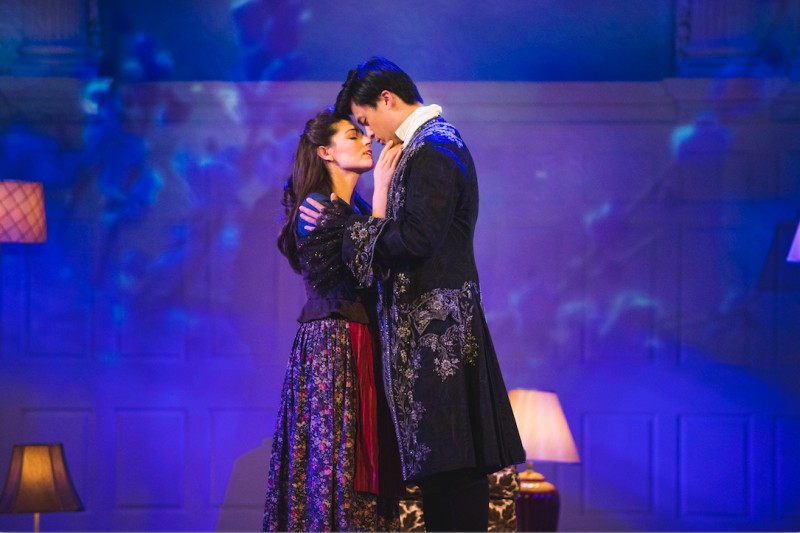 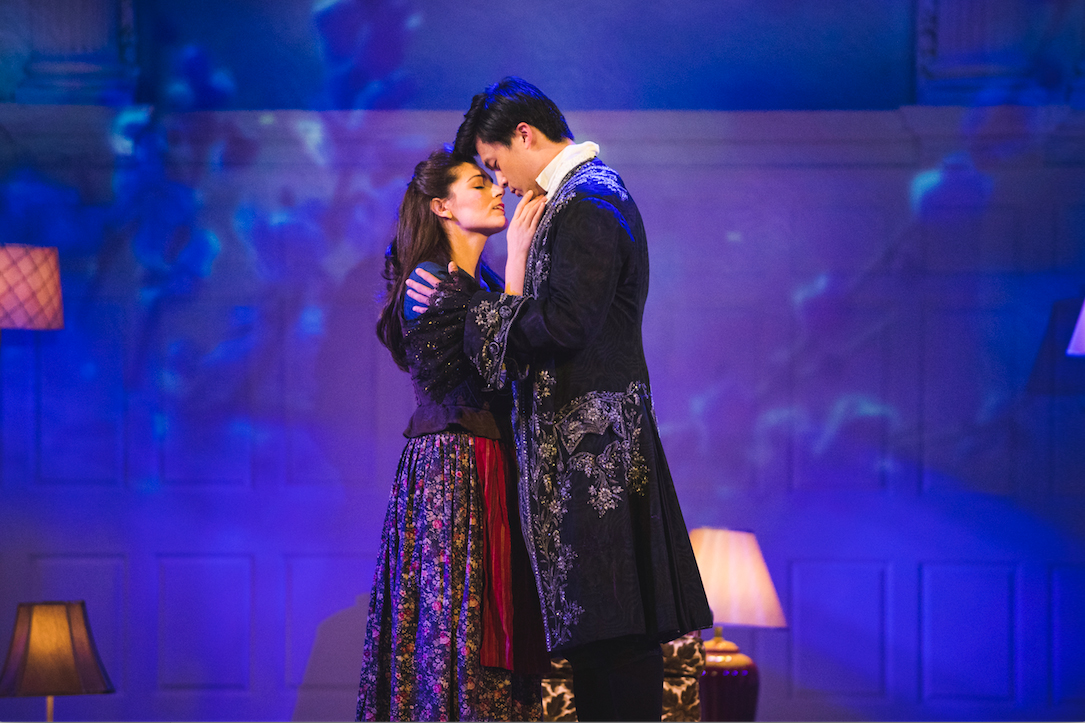 In China, you can hear Ricky Feng Nan’s tenor voice on the airwaves: take, for example, his recent performance of “Sunrise Again” that opened the Model Beijing Award ceremony. His operatic performances have racked up millions of views, and more than 200,000 fans follow him on the Chinese social media platform Weibo.

But turn back the clock a decade, and he wandered through Harpur College’s many disciplines and majors, trying to find where he fit in.

Born in Wuhan and raised in Guangzhou, Nan ’15 came to the United States at the age of 17, attending Houghton Academy in Buffalo before choosing Binghamton, sight unseen, to build the foundation for his future. His father wanted him to major in political science and follow his footsteps in the world of diplomacy

At Harpur, Nan took courses in economic philosophy, math, psychology, sociology and theater. But slowly, a melody emerged during those first two years: his love of singing, although he never had the opportunity to receive formal training while growing up. Western opera isn’t popular in China, after all, which has its own vocal traditions.

“All my friends were doing accounting, economy, finance; even liberal arts were considered impractical in terms of investment and return,” he reflected. “But I looked around and I saw friends who chose a major they weren’t really passionate about, and I realized I can’t waste my life doing something that I don’t love.”

In his sophomore year, he decided to sign up for a voice class.

“I knew so little about classical singing, and the classical repertoire. I didn’t have anything to audition with, so I sang ‘The Star-Spangled Banner’ for the audition,” he said.

Nan’s sincerity struck a chord with Associate Professor of Voice Thomas Goodheart, who offered him a spot in his studio. During his time at Binghamton, Nan formed meaningful connections with many music faculty members, who taught him the intricacies of the art, from pitch accuracy, to counterpoint, breath control and more.

But Goodheart and his wife, music lecturer Jean Goodheart, ultimately transformed his life, and Nan remains in touch today. In fact, before the coronavirus hit in March 2020, Nan was staying in the couple’s house, preparing to sing the lead role in Mozart’s “La Finta Giardiniera.” Sadly, the pandemic canceled the show.

“As an undergraduate, he clearly possessed the talent, charisma and intellect to follow a professional music career path. We worked with him to establish the solid vocal technique and work ethic that would be required to succeed and compete,” the Goodhearts said. “He is the type of person that makes connections and learns from each environment he is in. We are proud to know he carries a part of us with him on his life path.”

In his junior year, Nan joined Tri-Cities Opera, the Binghamton area’s professional opera company, as a chorus member for a production of Carmen. He had discovered his path.

“I finally started to understand what opera is really about and how amazing it is to have a life as a performer and an artist,” he said. “I think opera is the deepest expression of human emotion; it’s a combination of singing, acting, dancing, orchestration, counterpoint, history, language, literature.”

The art requires singers to project their voices without the use of a microphone, often for lengthy performances. Nan compared it to “the Olympics of the voice,” an extreme and intricate form of vocal art that requires performers to reach unnatural heights — all those “crazy high notes,” in the case of tenors.

The artform also crosses linguistic and cultural boundaries; Nan has performed in multiple languages, including Russian, Chinese and Cantonese, as well as French, German, English and Spanish.

“Every day, I’m challenging the impossible, bringing out the deepest emotions of human beings and connecting with the audience, while playing someone else’s life — a French or Italian character from 200 or 300 years ago,” he said.

Nan officially became a music major in his junior year, but didn’t quite know how to tell his parents. He understood their objections: Although a tenor capable of hitting an enviable range of high notes, he was still a novice, and would be competing against vocalists with years of training.

Nan didn’t break the news until his senior year, when he auditioned for Northwestern University’s opera program — and got in. He followed that with a second master’s in musical arts at Yale University.

After finishing his first year at Yale, he returned to China to participate in a television show that promotes opera and musical theater singers. It was a hit.

One opportunity led to another: a Weibo fandom, and television and concert opportunities, from opera and musical theater to pop, rock and even rap. Ricky Feng Nan has sung for the President of China and shared the stage with Jackie Chan. Right now, he’s in Shanghai, shooting another television show about singers.

Nan originally dreamed of performing in major venues: the Metropolitan Opera, Vienna Opera, La Scala in Italy. While he continues to hone his classical music skills, the pandemic has pushed his career path in a different direction, toward televised performances, concerts and shows. Will a movie deal be next? He’s curious to see where the road leads.

“I’ve tried to audition for all different kinds of things and just see where life takes me,” he said.