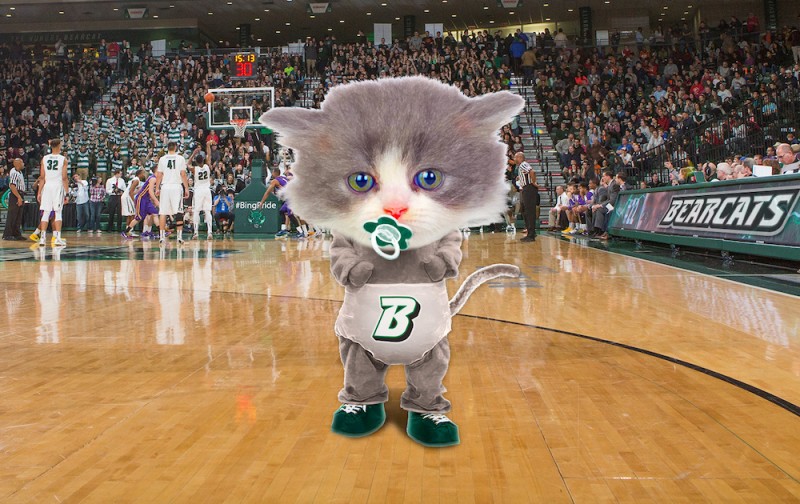 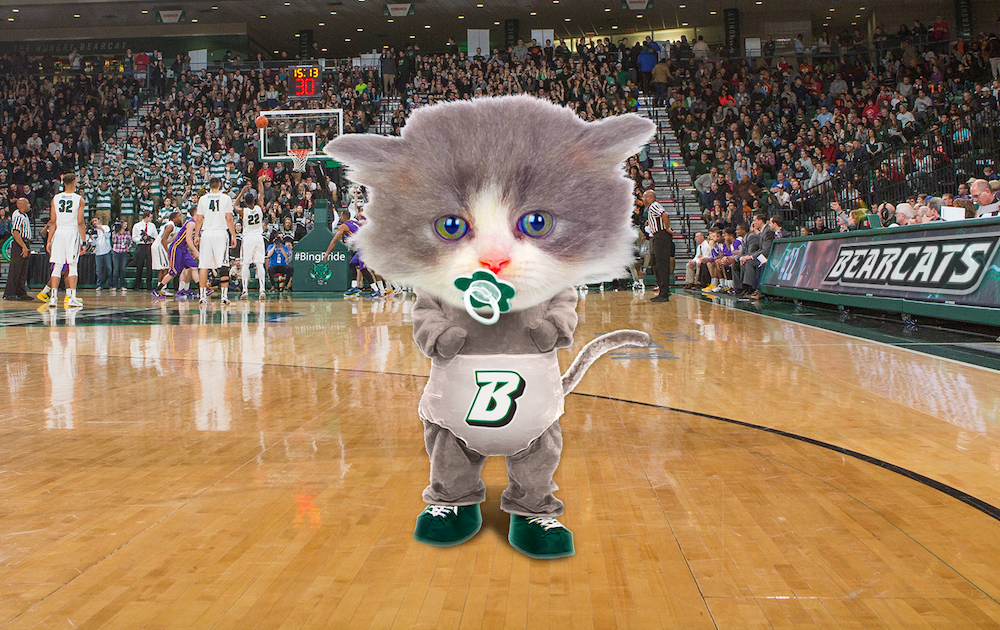 BINGHAMTON, N.Y. – It’s a bearcat! Binghamton is excited to announce the newest member of the University family: Baby Baxter.

Inspired by baby-sized characters like Grogu/Baby Yoda from The Mandalorian and the Mini-Pufts from Ghostbusters: Afterlife, Baby Baxter is a pint-sized version of the University’s existing mascot, Baxter. Rather than the customary jersey and shorts, Baby Baxter sports a Binghamton-branded diaper and Pantone 342-colored pacifier.

“This is a game-changer,” said Binghamton University President Harvey Stenger. “We’re the first major university with a baby version of its mascot — think about the magnitude of that. Baby Baxter will serve as a symbol of the youthful vibrancy of Binghamton around the world.”

Baby Baxter will accompany his big brother at home games throughout the year. A crib will be available at all games in case Baby Baxter gets tired and needs to nap.

“A lot of teams have aggressive mascots, but who’s really afraid of a cartoon wolf or pirate?” said Dennis Kalina, director of athletics. “Other teams will be too distracted by Baby Baxter’s cuteness to concentrate on the game. It’s a winning strategy.”

The Athletics Department will install a nursery in the Events Center for Baby Baxter, complete with a Binghamton-themed crib and rocking chair.

“Baby Baxter has the energy and enthusiasm of a bearcat twice his age,” said Associate Director of Athletics David Simek. “He just learned to walk a few weeks ago, but he’ll be firing crowds up before you can say ‘googoo gaga!’”

Baxter, who can’t talk, had no comment. He did, however, give an enthusiastic thumbs-up.