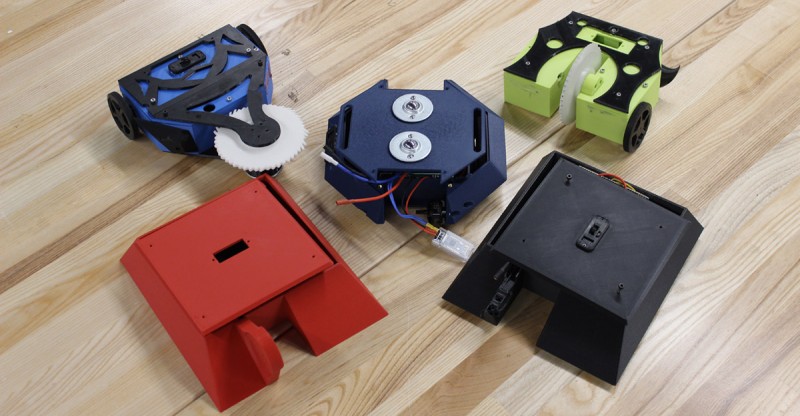 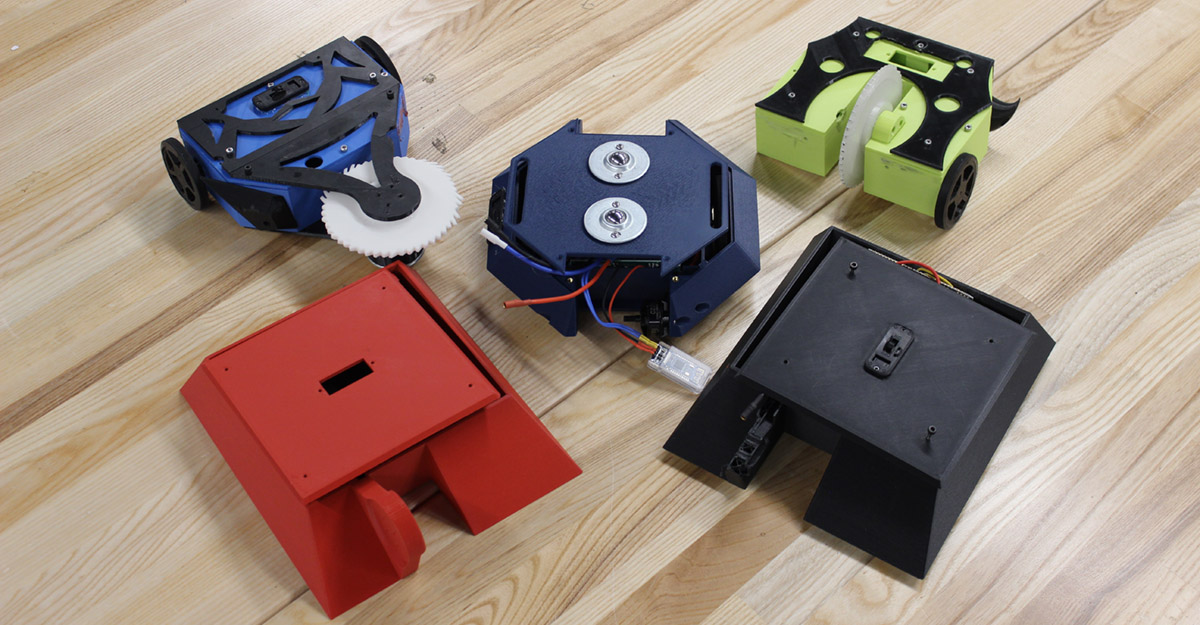 The Watson Combat Robotics League will host its first in-person tournament on April 3.
By Emma Todisco ’22

The Watson Combat Robotics League (WCRL) is a student-run organization with the goal of establishing a hands-on, creative environment for students to learn more about robotics and engineering. Students who take part in the group work in teams to create robots that will destroy each opponent it faces.

To stream the robot tournament online, go to the WCRL Binghamton YouTube Channel.

The WCRL will hold its first in-person tournament from 10 a.m. to 3:30 p.m. Sunday, April 3, on campus in the rotunda of the Innovative Technologies Complex.

Daniel Iacobacci, a computer engineering student and chair of the league, and Adelaide Cagle, a biomedical engineering major and vice chair, co-founded the WCRL with Matt Simiele ’20. It was ready to debut in spring 2020, but it was canceled due to the COVID-19 pandemic.

As a result of continued pandemic restrictions on campus, last year’s tournament was held over a two-week period to allow for social distancing among teams. The battles were live-streamed on the WCRL YouTube channel.

This year, the tournament will be live-streamed again as well as open to the public.

“We’re excited to finally have the tournament in person,” Iacobacci said. “I’ve been working on this project since my sophomore year when I co-founded it, and now I’m a senior, so it was definitely a long wait. It’ll also be nice to have the full tournament we had planned years ago, rather than a modified version due to COVID-19. The modified version worked well last year, but we think having it in person will bring out everyone’s competitive spirit!”

WCRL is composed of over 100 students divided into 24 teams. Of those 24 teams, 12 are anticipated to be competing in the tournament on Sunday.

“After working toward an in-person competition for the past two years and being foiled by COVID both times, I’m ecstatic to finally be planning an in-person tournament,” Cagle said. “The final event is the culmination of all the work we put in throughout the year, so having our first blowout event right around the corner is both terrifying and exciting.”

Using Watson College’s Fabrication Lab, teams design and 3D-print their robots with the goal of winning the tournament. Inspired partly by the television show “Battlebots,” the WCRL was designed as a fun, accessible way for students to learn about robotics and engineering, regardless of their previous levels of experience.

There are no requirements to join the league, and it is not limited to Watson students — anyone can join in on the action. Any student interested in competing next year can email watsoncombatrobots@gmail.com for updates when the 2022-23 registration opens.

Members of this year’s judging panel are Scott Craver, an associate professor and undergraduate director for the Department of Electrical and Computer Engineering; Wenfeng Zhao, ECE professor and WCRL faculty advisor; Melissa Simonik, engineering communications coordinator for the Engineering Design Division; Koenraad Gieskes, assistant director of the Engineering Design Division; Douglas Summerville, ECE professor and department chair; and Kaiyan Yu, mechanical engineering assistant professor. They will crown a tournament champion, award the bot with the most votes the crowd favorite, and give a judges’ award for the bot that features the best design and overall performance.

“I’m most looking forward to bots getting destroyed — having a competitive tournament has definitely made the wait worth it,” Iacobacci said. “It is also great seeing so many students apply what they’ve learned into fighting robots and really enjoy doing it. I’m very passionate about robotics, so being able to share that with over 100 students this year has been great.”

Cagle added: “Part of me wants to say I’m looking most forward to the food, as this will be the first year we have refreshments! In all seriousness, I’m so excited for the energy our competitors will be bringing and the opportunity to open the tournament to the University and to the surrounding community. I know it’s going to be crazy and stressful, but we’ve prepared for this for months, and we’ve got a solid team and adaptability on our side.”

Regardless of the obstacles posed by the COVID-19 pandemic, the WCRL has persisted and will finally get to see its hard work displayed as originally intended.

“My goal next year, in my last year working on WCRL — I’ll be an electrical and computer engineering master’s student next year — is to not only grow the competition to over 200 students, but also to expand beyond Binghamton University,” Iacobacci said. “This year, we have a team from SUNY Broome, but we want to expand even further! I want to set up WCRL for success even after my graduation, as I would hate to see the tournament lose steam. I know how much potential there is for a tournament like this to be highly successful.”

Cagle would like to see the WCRL grow in future years.

“One of our big goals for WCRL was to offer a starting project for first-year students to gain experience and confidence as they’re starting out in Watson,” she said. “I’d really like to build an environment for our competitors that encourages cooperation and mentorship between younger and older students.”