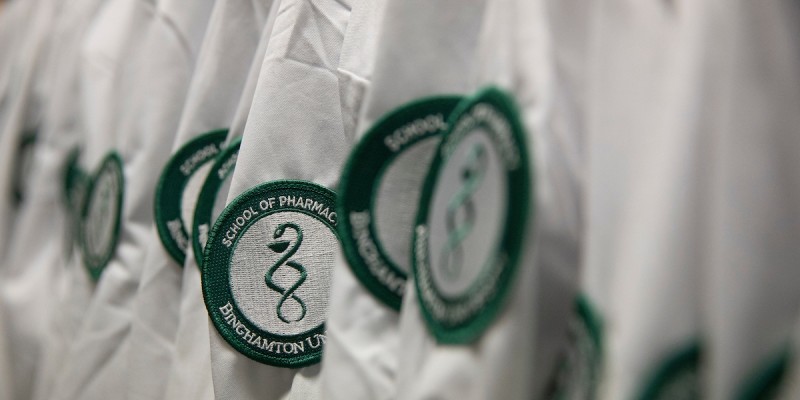 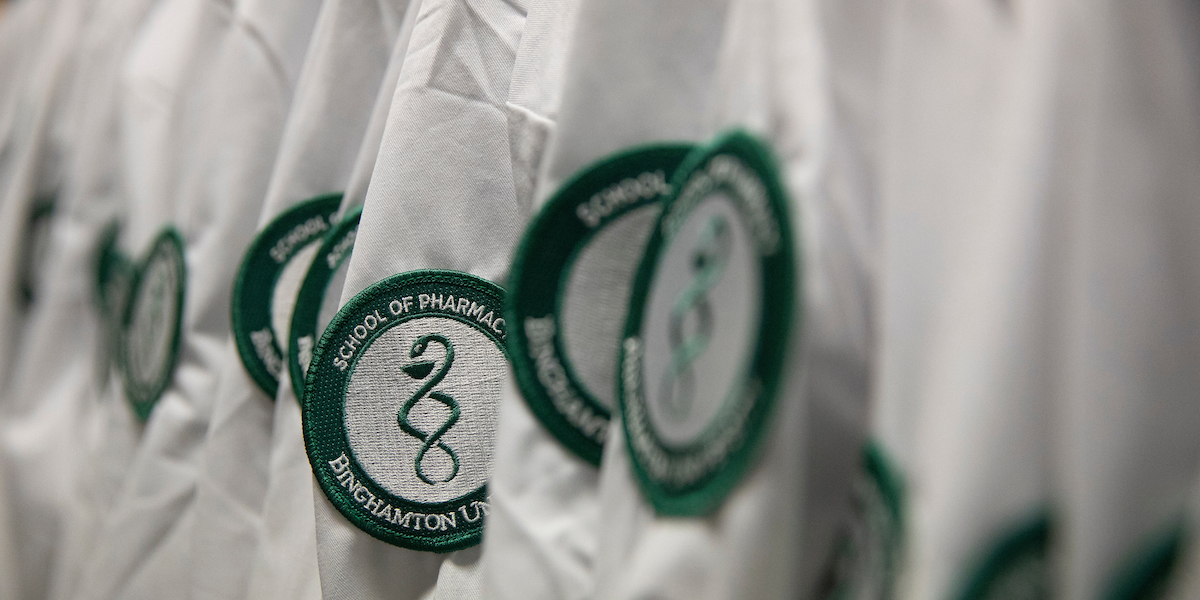 Pharmacy Residency Match Days were held Wednesday, March 16, and Wednesday, April 13, and approximately 70% of Binghamton University’s School of Pharmacy and Pharmaceutical Sciences (SOPPS) students who had applied were matched.

“I’m very excited about our matches,” said Wesley Kufel, clinical assistant professor of pharmacy practice, who works with students to prepare for and throughout the application process.

“It shows how much effort the students, faculty and staff have put into making this residency process what it is. We also had alumni share their experiences, which added a lot. Our 70% match rate is great! It’s a very competitive process.

“We did a lot better than last year, but we have seen that other schools did better than historic numbers, too,” said Kufel. “Overall, we did really well with our placements, including placing students in multiple highly competitive residencies.”

Similar to match programs for physicians, but not required, the Pharmacy Residency Match Program is administered by the American Society of Health-System Pharmacists (ASHP). Residency programs register online to participate and applicants apply to the programs they are interested in. Most students apply to more than one program.

The residency programs review each student’s application, invite the students they are interested in to interview, and then both the students and the programs rank each other. The American Society of Health-System Pharmacists National Matching Service — a third-party service — does the actual matching after candidates and programs have ranked each other.

“We prepare them for how to prepare a residency application including writing a letter of intent, requesting letters of recommendation, and updating their CV,” he said. “We do mock interviews with the Fleishman Center as well as a SOPPS faculty member to further enhance their interview skills. Most of the faculty interviewers are residency trained and it gives the students more experience with that. We also talk about the application timeline, process and steps to apply.”

Kufel credits two other faculty members for their work with the applicants. “Amanda Mogul, [clinical assistant professor of pharmacy practice], and Sarah Spinler, [professor and chair of the Department of Pharmacy Practice], provide tremendous support to students throughout the process,” he said.

Candidates also have the opportunity to meet with representatives from potential programs at the American Society of Health System Pharmacists (ASHP) Midyear Clinical Meeting in December. “They can learn more about the programs, meet current residents and program directors and learn about each other,” Kufel said. “This year it was held virtually, but in previous years there was a three-hour window for students to talk to programs.

“This year, ASHP used a specific online platform for the meetings and every program did something a little different,” Kufel added. “In-person interviews can be a lot to juggle for students who have to travel and get time off from their rotations, so the virtual interviews made it easier this year.”

Applications are typically due around the first of the year, and then the programs review the candidate application materials and generally conduct interviews with students they are interested in between mid-January and early March.

“There are no barriers to applying,” Kufel said, “but there are some programs that receive too many applications for the number of interview slots available, so they may not interview all those who apply.”

After Phase I, unmatched students still interested were able to apply to the programs that remain available in Phase II. “We reached out to them to encourage them to apply to programs of interest, and sent them a lot of resources that helped to guide them through the process,” Kufel said.

“When looking at available programs, students can sort by state, learn more about the size of the hospital or learn if it is a teaching hospital,” Kufel said. “Twelve programs remained available in New York state after the first phase. The second phase still uses the third-party matching process, so students applied to where they were interested and went through another interview and ranking process.”

Students who matched for PGY-1 residencies:

Class of 2021 alumni who matched