Processing power: Research could lead to the development of new superconductors 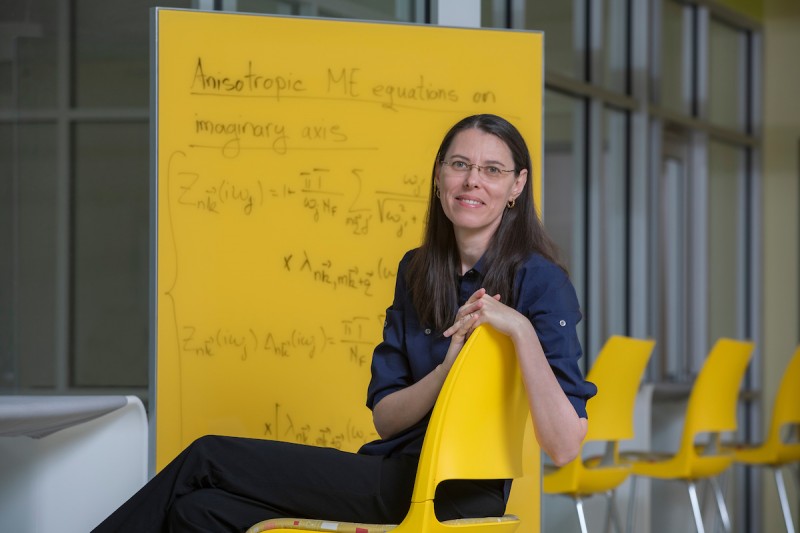 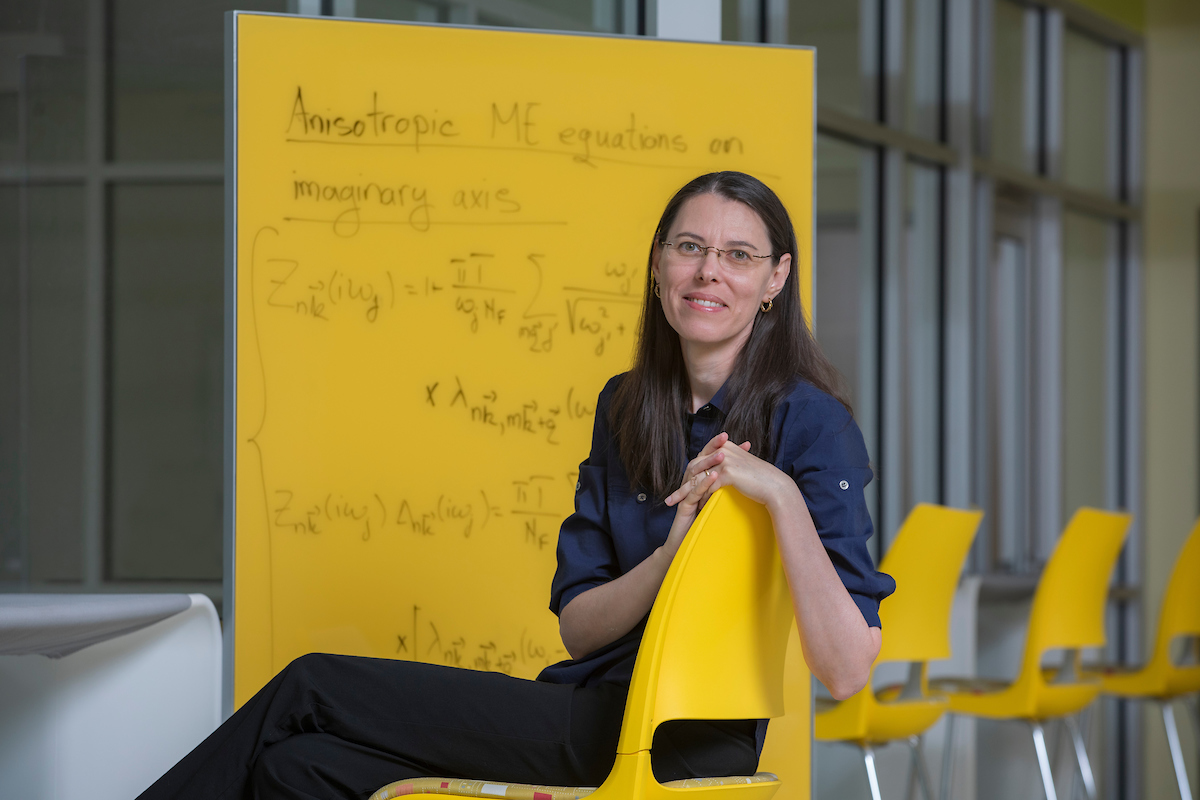 From MRI machines to particle accelerators and Maglev trains, superconductors have revolutionized modern technology — and they have the potential to do so much more.

“The main property of a superconducting material is that it can conduct electricity without resistance when cooled below a certain material-dependent critical temperature,” explained Binghamton University Associate Professor of Physics Elena Roxana Margine.

This amazing quality, however, comes at a cost: The most commonly used niobium-based superconductors operate at extremely low temperatures — around 10 degrees Kelvin, equivalent to –442 degrees Fahrenheit or –263 degrees Celsius.

For the past 50 years, scientists have been searching for superconductors that can work at higher critical temperatures — ideally room temperature, although 100 degrees Kelvin (–173 degrees Celsius or –279 degrees Fahrenheit) is acceptable for a wide range of applications. Unfortunately, the high-temperature superconductors already discovered are difficult to manufacture. Copper oxide-based superconductors are ceramic compounds, for example, which are brittle and difficult to fabricate into wires, while hydrogen-based superconductors can only be synthesized under extremely high pressure — so high, in fact, that it’s similar to pressures found close to Earth’s core.

A $3.86 million grant from NSF’s Office of Advanced Cyberinfrastructure will help develop a comprehensive software ecosystem to model and predict advanced functional properties of materials by using many-body electronic structure methods. Margine is one of several co-principal investigators (PIs) on the grant, which is led by Feliciano Giustino from the University of Texas at Austin; Binghamton’s portion of the grant is $838,500.

The goal of this project is to expand and combine the complementary strengths of three software packages developed by the PIs of this grant and built­-in compatibility layers for major density-functional theory codes, Margine explained. This cyberinfrastructure, in turn, will allow scientists to perform systematic and predictive calculations of properties that underpin the development of next-generation materials for energy, computing and quantum technologies.

Margine is the sole principal investigator for a $400,000 continuing grant from the NSF’s Division of Materials Research that will allow her to implement new capabilities for modeling superconducting materials.

Another $226,947 grant from the Division of Materials Research will aid the search for superconducting materials that can operate at a higher critical temperature. The team, led by Margine and Associate Professor of Physics Alexey Kolmogorov, will explore promising combinations of boron, carbon and various metals, using advanced modeling methods and computational tools. Kolmogorov will use a combination of evolutionary algorithms and machine learning methods to identify synthesizable compounds, while Margine will investigate the most suitable candidate materials with potential for high-temperature superconductivity. That’s not as simple as opening a laptop, however.

Superconductivity is a complex process determined by the interaction between electrons and atomic vibrations in a material. Accurately modeling this interaction not only takes complex computer codes and calculations, but immense processing power.

“In order to run calculations like this, you need supercomputers,” Margine said.

For the past few years, Margine has used Expanse cluster at the San Diego Supercomputer Center; this year, she also was awarded resources to use the Frontera supercomputer at the Texas Advanced Computing Center.

The grants also support the training of undergraduate and graduate students, as well as postdoctoral researchers in computational materials science and high-performance computing. These grants will also contribute to the development of a more diverse and inclusive STEM workforce by organizing annual schools for users of the codes, Margine said. One such training session will be held this June at the University of Texas at Austin.

Through computational modeling, researchers may be able to predict which materials would excel as superconductors, particularly those that can operate at higher critical temperatures. Understanding how they work at the atomic level could someday lead to innovations in energy storage, medicine, electronics, transport and even quantum computing.

“What we are trying to do is develop methods with improved prediction capabilities that will pave the way for rational design of new superconductors,” Margine said.