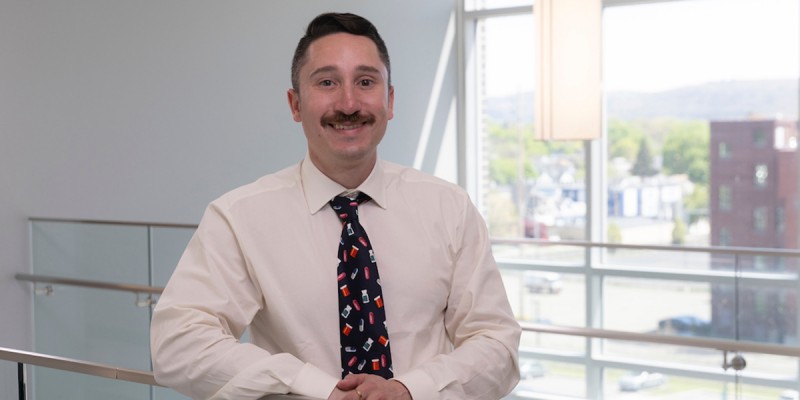 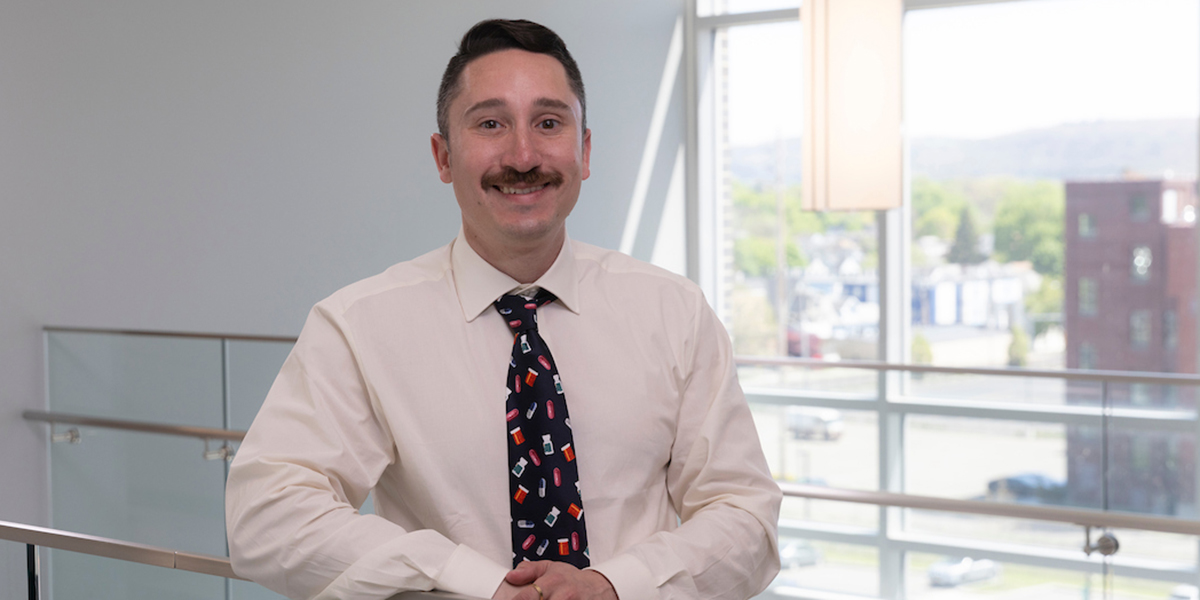 Nicholas “Nick” Schwier is all about ensuring Binghamton University School of Pharmacy and Pharmaceutical Sciences students will be practice ready upon graduation.

The new assistant dean for experiential education and clinical associate professor at SOPPS, Schwier completed his undergraduate prerequisites at SUNY Farmingdale and earned his Doctor of Pharmacy at St. John Fisher’s Wegmans School of Pharmacy in Rochester, N.Y., in 2012.

He started as an assistant professor with his practice setting in the cardiac intensive care at the University of Oklahoma Medical Center, Schwier said. “A few years into the position, I was appointed director of the cardiology residency program. My role at Oklahoma had been a general faculty position, but when I became program director there was more work in the cardiology clinics.”

“Then, about 18 months ago, I became new faculty development coordinator for development and mentorship,” he said. “Leadership has always been a goal of mine. I understand people’s potential and help them unlock that. I’ve had some leadership experience as chair of our curriculum committee, and I served nationally as chair in some pharmacy organizations.

“In the past few years, though, I’ve been developing my leadership skills more intentionally,” he said. “I was in only the third graduating class at St. John Fisher, so I’m used to being part of something new and leaving a legacy; it’s important to me. Then, at OU, I was at a top-25 school with a linage of being fully accredited for a while.

“So, when Binghamton became accredited, I started looking more at it,” Schwier said. ”There’s a proverbial pharmacy school bubble with a lot of schools and minimal applicants. But the difference for Binghamton is that it has always had a reputation of being an Ivy League school within SUNY. Then, when SOPPS got accredited, it was the icing on the cake if you will.”

Schwier met the faculty and others at the school, and SOPPS became more attractive as a place he wanted to be, including a school closer to his family on Long Island than Oklahoma.

“For me, it’s about the people, and when I saw the position and my goals of trying to allow students to be more practice ready in an environment where people want to hear new ideas and are receptive to them, I applied,” he said.

The interview process began in September 2021, and he visited the school in November. “After a few hours of being on campus, I felt this was place I want to be. It’s an incredible experience to be here,” he said.

Schwier enjoys talking to students at SOPPS and could see the energy throughout the building. “The people just love working here and there’s so much passion,” he said. “Sometimes with new schools there’s a lot of smoke and things in the air but then when the dust settles, there’s nothing there. But here, there are a lot of good ideas.”

Impressed by the experiential team and the diversity and skills they bring to the table, Schwier saw his goals really fitting at SOPPS. “The challenge for me is to step out of practice for a while to help me achieve the SOPPS vision and my own vision in developing practice-ready students,” he said.

“I want our school to be a top-25 pharmacy school and it starts with the students graduating and engaging in the community, becoming our preceptors and training the next generation of pharmacists, and enjoying the same reputation as the rest of Binghamton University,” he said. “Our grads go to other parts of the state and country. Grads are important because they provide that level of visibility.”