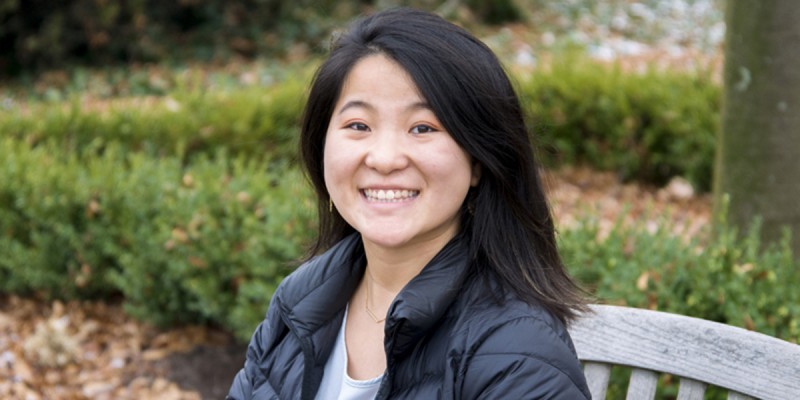 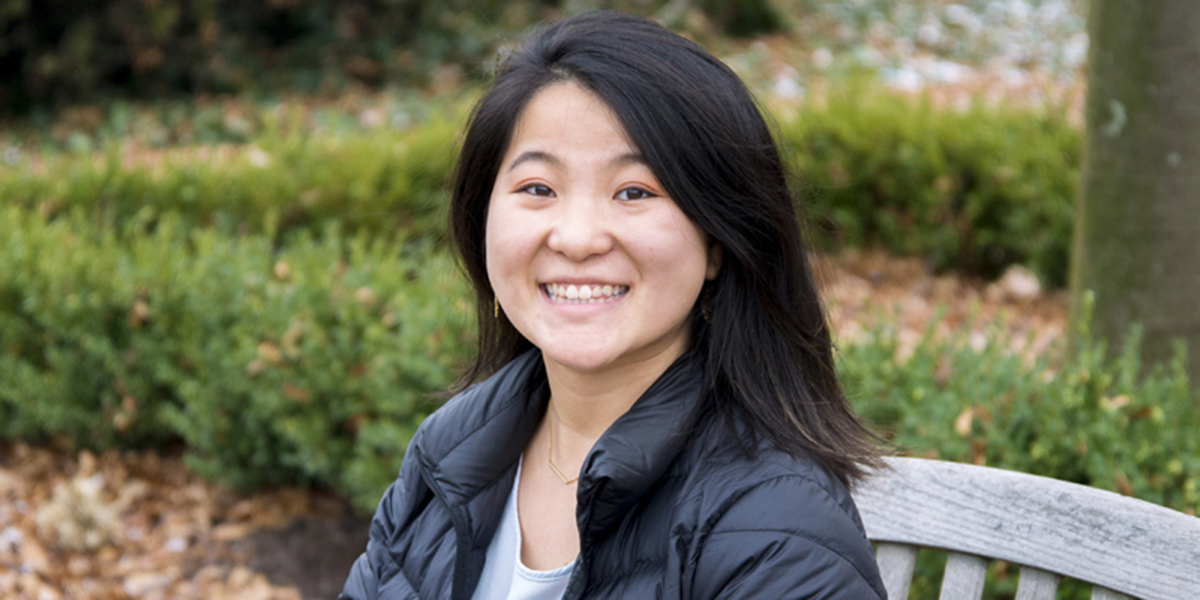 Samantha Ng '19 worked with the Center for Civic Engagement as an Andrew Goodman Foundation Vote Everywhere Ambassador and now uses her Binghamton education in her position with the Democratic National Committee. Image Credit: Provided.
By Kaitlyn Hart '22

When Samantha Ng ‘19 first came to Binghamton University, she knew she wanted to get involved in politics and that Binghamton would be a good place for her to get her start in that world.

“When I toured Binghamton, I had the opportunity to visit the Downtown Center,” Ng said. “I really felt like the human development program was a good foundation for me and what I was interested in.”

Ng graduated from Binghamton with degrees in Asian and Asian American studies (AAAS) and human development. She uses the skills, knowledge and connections that she cultivated during her time at Binghamton in her current job as a finance associate at the Democratic National Committee (DNC), where she also coordinates Asian American and Pacific Islander (AAPI) fundraising efforts.

Ng said she developed a love for uplifting AAPI voices in high school and came to college intending to pursue that passion as soon as she could.

“For all four of my years [at Binghamton], I was involved with the Asian Student Union (ASU),” Ng said. “It started with my first year when I was an intern for both semesters. An internship starting in the fall [as a first-year student] was unique to my understanding, since they generally were looking for people willing to commit to the organization for the long term.”

Throughout her time at Binghamton, Ng also worked closely with the Center for Civic Engagement (CCE) as a Vote Everywhere ambassador with the Andrew Goodman Foundation. In this role, she learned valuable information about youth and student political organizing and worked to include more students of color, specifically AAPI students, in the CCE’s work.

“We were responsible for creating, coordinating and executing a voter registration, voter education and turnout program,” Ng said. “With the Andrew Goodman Foundation’s guidance and support, we built a structure for what a successful program could look like, and we essentially just worked with the CCE to coordinate volunteers, hold voter registration drives and disseminate information on voting on campus and off campus.”

One of the many connections Ng made during her time at Binghamton was with Lisa Yun, an associate professor of English and Asian and Asian American studies. Ng took classes about community engagement with Yun, including a community-engaged learning course (designated as such through the CCE’s faculty community engagement program) where she conducted oral histories of youth leaders in civic engagement in several states. She ultimately used that information to create a digital archive, which Ng says helped her gain the skills she uses today in her career.

“[Sam] had a passion for civic engagement and was very committed to social justice and democratic ideals,” Yun said. “She was very serious and had a strong capacity for research. She was also creative, resourceful and reflexive about her work. Her commitment and energy will carry her far.”

Now, as she works with the DNC, Ng’s work has taken a more partisan turn than the internships and research she completed during her time at Binghamton.

“I lead our major donor grassroots fundraising program and also worked on our coalition’s fundraising,” Ng said. “In simplest terms, I helped people create events themselves to rally contributions for the Biden-Harris campaign, and I helped people develop their own messaging and develop their own statement of purpose and intent of why people should donate to the Biden-Harris campaign.”

Though Ng has graduated, she still remains close with Yun. The two get together for lunch whenever they can and regularly stay in contact.

“She is an inspiration for everyone hoping to build a career in civic engagement, electoral politics and public service,” Yun said. “Part of her success is due to getting the most out of her education at Binghamton and a willingness to try new things. She pursued her research with energy and focus, really engaged her professors and classmates, took an active interest in dialogue with people of all backgrounds, and was not afraid to roll up her sleeves to explore and commit to a project, a movement or an organization.”