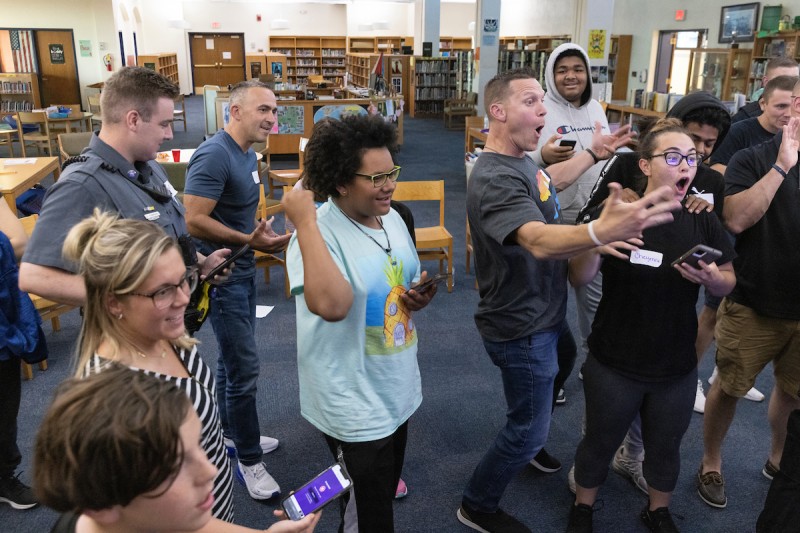 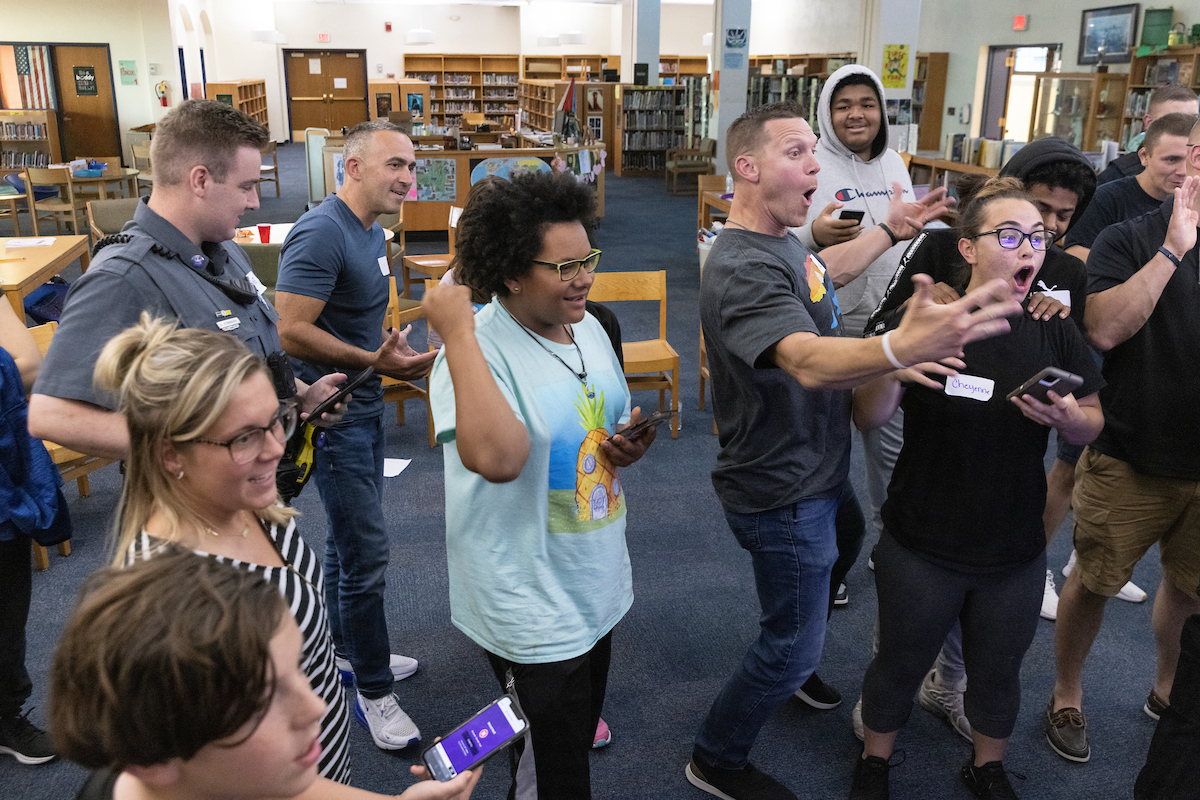 Like millions across the world, Steven Faulkner was impacted by the murder of George Floyd by police in 2020. In the wake of that case and similar incidents, he shared many conversations with his best friend, Glenn, a Puerto-Rican man who had experienced some negative interactions with the police throughout his life. These incidents and discussions motivated Faulkner, a lieutenant in the Binghamton University Police Department (UPD), to try to improve police and community relations in the local area.

“Obviously, I can’t fix the country. I can only impact where I work, and hopefully do something better where we can help the youth in this area,” said Faulkner.

So Faulkner sought out and received a $15,000 grant for the UPD from the Community Foundation for South Central New York to fund the Youth & Police Initiative, a nationwide training program that aims to replace negative perceptions with understanding in order for youth and police participants to develop new ways to interact with each other. The grant allowed Faulkner to train officers from NYS University Police, Binghamton Police and Johnson City Police.

The program took place over five days at West Middle School in Binghamton with the help of more than a dozen volunteers, ages 13-17, from Johnson City School Middle and High School, Binghamton High School and an after-school program called “The Bridge” in Johnson City. The group took part in various icebreaking and group exercises, including a “Family Feud”-style game based on breaking police and youth stereotypes. Discussions focused on police procedures, adolescent psychology, and the impact that social media has on policing and community interactions.

“We need to understand what society sees through the news and social media. What is portrayed out there affects the way we police,” said Faulkner. “I’m not a minority. I can’t relate to what it is like to be stopped when walking down the street, possibly for no reason or simply for the color of my skin. I can’t try to say that I can understand where they’re coming from. I can try and do a better job of saying, ‘I’m really sorry that this is what’s going on or these are the experiences that you’ve had. What can we do to try and make it better in the future?’”

The youth volunteers were tasked with preparing a presentation about a choice they had made across four categories (school, family, friends and community), what they learned from that choice, how it made them feel and who it impacted. They also discussed positive and negative interactions they had with the police.

“A lot of them struggled with it, because they’ve never spoken in front of groups. Some of them didn’t want to do it and some of them really had to be pushed, but they did it,” said Faulkner. “...These kids were amazing. They got up in front of uniformed police officers and really did an amazing job at telling their stories.”

Jay Peets, community engagement officer at the Johnson City Police Department, said it was good for the youth to get a chance to share their points of view.

“When you have an officer on the street, (the youth) might be afraid to explain how they feel,” said Peets. “To have them in this setting, they opened up a little bit more, and they’re around other youth, so they’re more comfortable. You really get to hear the stories that these kids tell you. And it’s great for them to open up and understand that we’re here for them.”

“It’s not very often you’re able to get into a room for two hours a day, five days a week and get to talk to someone who’s in a different field, gender, ethnicity, race,” said Richie Sebuharara, assistant director of the Multicultural Resource Center at Binghamton University. “Early on in the program the officers weren’t wearing their uniforms, and some of the students didn’t even know that they were cops. When they found out that they were, they said, ‘Wait a minute — cops can hang out like this?’”

The week ended with a graduation and dinner where several of the youth spoke about their experiences in front of the group. The participants also received a stipend in the form of a $100 Visa gift card.

The trainers hope to build upon the relationships they’ve established with the youths, perhaps inviting them to sporting events, hiking trips, barbecues or taking a trip to the University’s ropes course.

“We want them to be able to come up to us and say hello, shake our hands or give us knuckles, and have a normal conversation with us,” said Peets. “...And by them doing that, others will see that and hopefully it’s a pendulum swing toward everything good.”

Some of the youths enjoyed the program so much that they discussed holding a fundraiser so that more could take part in the program. Faulkner hopes to acquire funding to host three more weeks of the program, at which point he and the other trainers would be able to run their own programs locally.

Faulkner had hoped the week would go well, but his expectations were “completely blown away.” In the end, he hopes that others will see the relationships built between the youth and police and that this will carry forward throughout the community.

“Maybe mom or dad will say, ‘Look, my son/daughter just built this relationship with the police,” he said. “Maybe now I’ll be a little bit more open to talk to those same police officers and understand that they do have good intentions and that not every police officer is bad.’ So you start with the youth, which will hopefully expand out further to their parents, their brothers, their sisters, their friends.”