New biobatteries use bacterial interactions to generate power for weeks 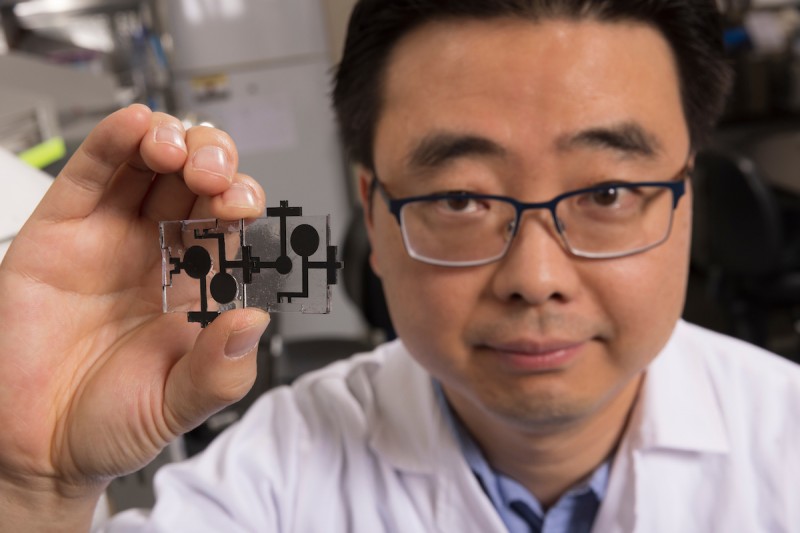 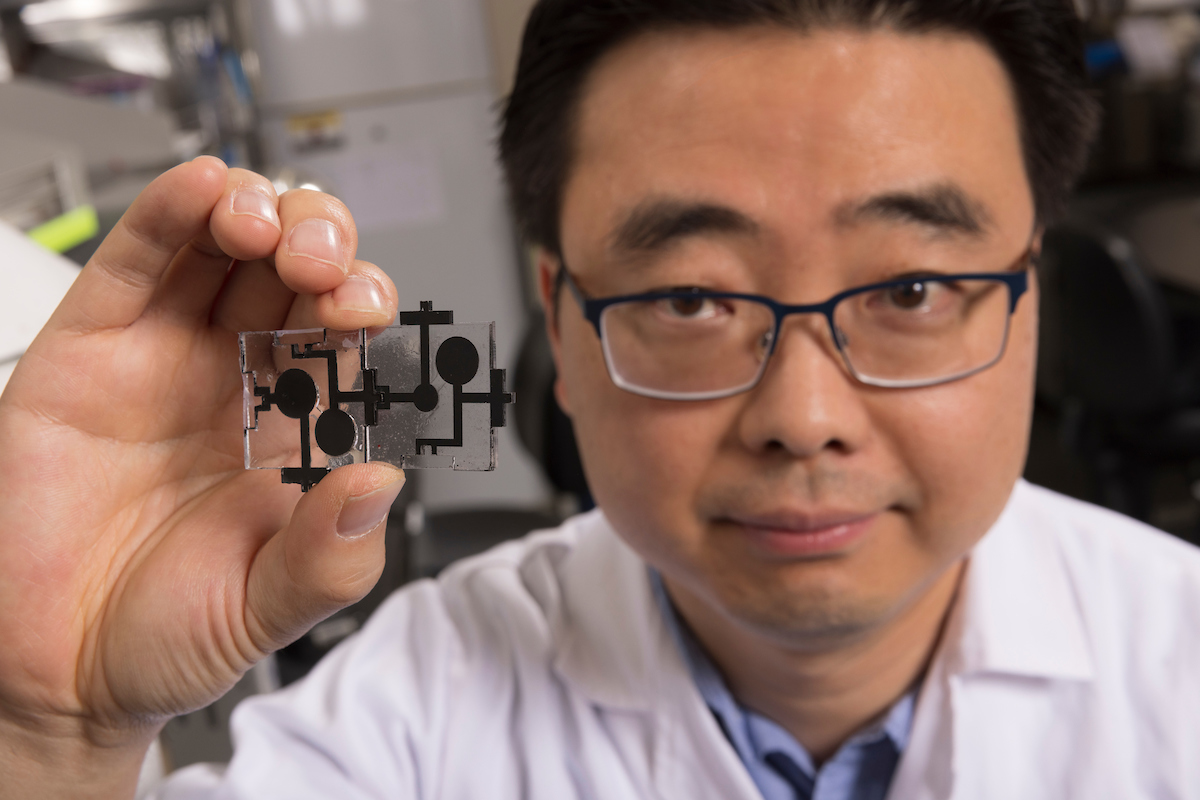 Professor Seokheun “Sean” Choi developed a “plug-and-play” biobattery that lasts for weeks at a time and can be stacked to improve output voltage and current. Image Credit: Jonathan Cohen.
By Chris Kocher

As our tech needs grow and the Internet of Things increasingly connects our devices and sensors together, figuring out how to provide power in remote locations has become an expanding field of research.

Professor Seokheun “Sean” Choi — a faculty member in the Department of Electrical and Computer Engineering at Binghamton University’s Thomas J. Watson College of Engineering and Applied Science — has been working for years on biobatteries, which generate electricity through bacterial interaction.

One problem he encountered: The batteries had a lifespan limited to a few hours. That could be useful in some scenarios but not for any kind of long-term monitoring in remote locations.

In a new study, published in the Journal of Power Sources and supported by a $510,000 grant from the Office of Naval Research, Choi and his collaborators have developed a “plug-and-play” biobattery that lasts for weeks at a time and can be stacked to improve output voltage and current. Co-authors on the research are from Choi’s Bioelectronics and Microsystems Lab: current PhD student Anwar Elhadad, and Lin Liu, PhD ’20 (now an assistant professor at Seattle Pacific University).

Choi’s previous batteries had two bacteria that interacted to generate the power needed, but this new iteration uses three bacteria in separate vertical chambers: “A photosynthetic bacteria generates organic food that will be used as a nutrient for the other bacterial cells beneath. At the bottom is the electricity-producing bacteria, and the middle bacteria will generate some chemicals to improve the electron transfer.”

The most challenging application for the Internet of Things, Choi believes, will be wireless sensor networks deployed unattended in remote and harsh environments. These sensors will be far from an electric grid and difficult to reach to replace traditional batteries once they run down. Because those networks will allow every corner of the world to be connected, power autonomy is the most critical requirement.

“Right now, we are at 5G, and within the next 10 years I believe it will be 6G,” he said. “With artificial intelligence, we are going to have an enormous number of smart, standalone, always-on devices on extremely small platforms. How do you power these miniaturized devices? The most challenging applications will be the devices deployed in unattended environments. We cannot go there to replace the batteries, so we need miniaturized energy harvesters”

Choi compares these new biobatteries — which measure 3 centimeters by 3 centimeters square — to Lego bricks that can be combined and reconfigured in a variety of ways depending on the electrical output that a sensor or device needs.

Among the improvements he hopes to achieve through further research is creating a package that can float on water and perform self-healing to automatically repair damage incurred in harsh environments.

“My ultimate target is to make it really small,” he said. “We call this ‘smart dust,’ and a couple of bacterial cells can generate power that will be enough to operate it. Then we can sprinkle it around where we need to.”