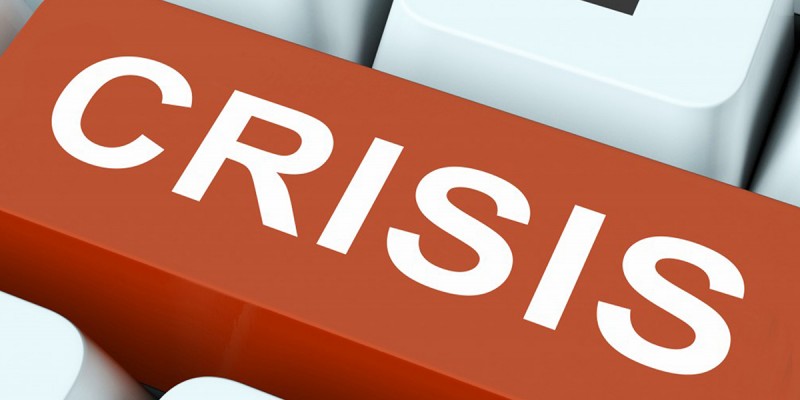 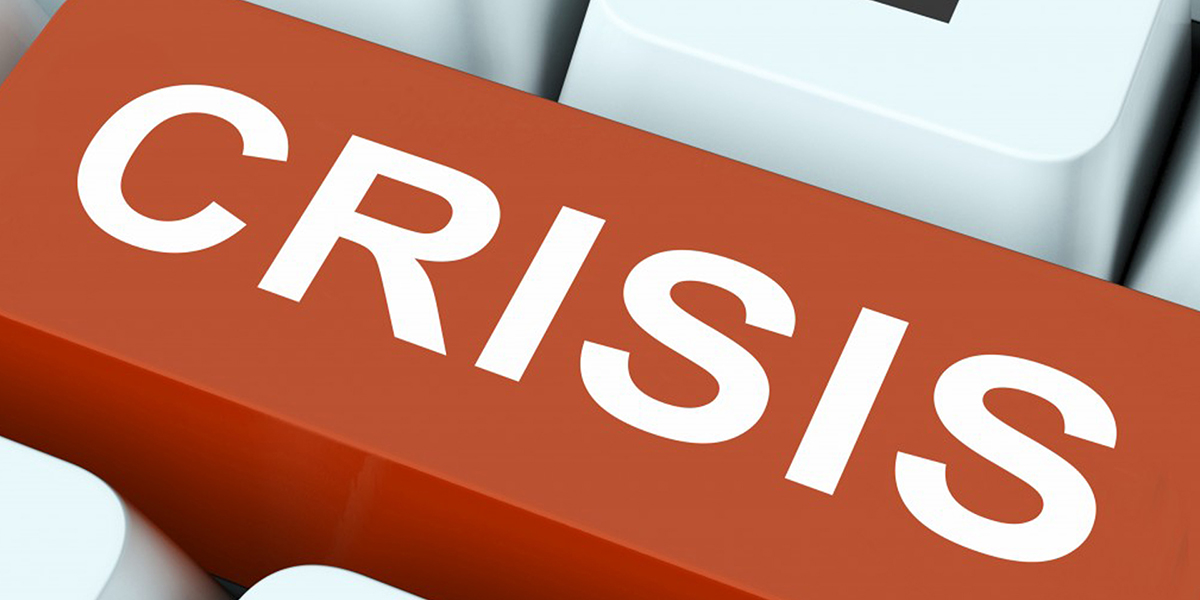 It can happen at any time. A local police agency — Binghamton, Endicott, Johnson City or Vestal — receives a call about a person experiencing a mental health crisis. But their officers are overwhelmed with other calls or too far away for a timely response.

Instead, New York State University Police at Binghamton (UPD) are contacted to respond, whether the individual is a Binghamton University student or not. If officers are available, they respond right away under a long-standing mutual aid agreement UPD has with the other agencies.

The unique aspect of the response is that it is a collaboration with the Mental Health Association of the Southern Tier’s (MHAST) Mobile Crisis Unit (MCU), which was originally established in 2015 with funding from the nonprofit Care Compass Network and the Broome County Mental Health Department, and includes licensed social work clinicians who respond with the police.

The Mental Health Association of the Southern Tier (MHAST) also runs Our House, a safe and nurturing environment that provides an alternative to hospitalization for people facing a mental health challenge. Guests can stay for up to 28 days as they explore and improve their mental wellness with the help of trained staff offering peer support.

“It’s 24/7 and intended to support people who are in crisis whether they have wellness goals or recovery goals,” said Angela Lynch, MHAST director of crisis services. “Binghamton University students have utilized Our House, but a number of social work students have also worked in the program to gain hands-on experience with individuals with substance misuse or mental health issues.”

“Back then, this was a new concept,” said Angela Lynch, MHAST director of crisis services. “We were the first one in New York state and the foundation for many other mobile crisis units that came after us. We’ve done what we can to help other agencies develop their own units.

“Not all MCUs operate the same. We utilize the co-responder model with police,” she said. “And what makes this model special is we go to the individual and meet them where they’re at as we attempt to deescalate and stabilize them. At the end of the day, the point is to avoid hospitalization unless absolutely necessary. The MCU is meant to fill the gaps and that takes the pressure off the system, keeps people out of the hospital or jail and gives them the support where they are.”

Ryan Gennarelli is one of the UPD officers who responds to mobile crisis mutual aid calls. He’s been through Crisis Intervention Training (CIT) provided by the Mental Health Association of the Southern Tier (MHAST), and is also a member of the Mental Health First Aid training team on campus that certifies others as first responders for mental health crises.

“At first, I didn’t think this was my lane,” Gennarelli said. “But then I went through the CIT training and thought ‘This is amazing!’”

He also went to police instructor school with the intent to take the CIT and refit it for UPD in an unofficial way. Results were great, he said. “Whenever I see mental health training, I sign up for it.”

The CIT training helps participants recognize whether an individual in crisis needs to go to the hospital or if there is a better solution. “I got a call on campus one time for a student in quarantine housing who wanted to jump out of his window,” Gennarelli said. “I just started talking to him and learned his biggest issue was that he hadn’t paid attention when he was told how to order food, so he was medically stressed, situationally stressed and had no food. I said ‘Buddy, I’ll get you a pizza if you need me to,’ and I called Res Life and set him up and his entire demeanor changed.

“This wasn’t a situation where it had to be complicated,” he added. “We have the time and the training to do this.”

All officers receive a great deal of training in the mental health arena, starting with a block in the academy called Emotionally Disturbed People training. There is also an Officer Wellness block on how to deal with their own trauma and support their own well-being.

At the department level, UPD officers also complete a three-week officer survival reality-based training that includes mental health incidents, and in-service training for situations such as responding to a dining hall perhaps, where a student is being disruptive.

“The CIT training is a higher level of training where they do more role playing and learn more about what they may run up against,” said Nancy Williams, Broome County Commissioner of Mental Health. “Sometimes the Mobile Crisis Unit can’t get there as quickly as necessary, so the hope is that these trained law enforcement officers can deescalate the situation so there is no need for a mobile crisis call.”

MHAST also provides follow-up support after responding to individuals in crisis, Williams said. “They send out certified peers with the clinician who can provide another level of support and follow up after the crisis call to make sure the individual is connected with services.”

The Broome County Department of Mental Health can designate individuals as 9.45 designees, empowering them to provide emergency assessment for immediate observation, care and treatment of individuals experiencing a mental health crisis. This designation enables the individual in crisis to be transported to the Comprehensive Psychiatric Emergency Program (CPEP) at UHS Binghamton General Hospital.

Members of the Binghamton University Counseling Center staff have been trained and approved by Nancy Williams, Broome County Commissioner of Mental Health, to serve as 9.45 designees. “They can act with statutory permission to take someone to CPEP involuntarily and can work with law enforcement to transport that person to CPEP,” she said. “It helps with the evaluation process and gives CPEP some information that this is a significant situation that needs to be addressed.”

The University can also request the Mobile Crisis Team to respond when indicated for students on campus who experience mental health crises, and that’s a win-win for everyone, said Johann Fiore-Conte, associate vice president for student affairs and chief health and wellness officer.

“Ramona Mazzeo [the University’s psychiatrist] and I met with MHAST to get an idea of what we could do to better help them care for our off-campus students, particularly with the Mobile Crisis Unit,” Fiore-Conte said. “The one thing they asked for was for our police to accompany them on calls where they have advance notice of the person being a student.”

Fiore-Conte meets with people and reads a lot of reports about situations on campus, she said, “and our police are very good with our students. If there’s a gap, it’s off campus, so this focus is about how to fortify response for our students who live off campus.”

Mazzeo also attended one of the regular area police chiefs’ meetings attends to help educate other lead officers in the area about the campus resources available to students.

That, plus the collaboration with MHAST is all targeted to help those in crisis, Gennarelli explained, using one call he responded to as an example.

“One of the advantages we have is our lower call volume, so if I need to spend 45 minutes in a stairwell talking a kid down from crisis mode, I have the time,” Gennarelli said. “I don’t know what happens at other agencies, but the most time I’ve ever spent talking with a student was over two hours.

“I didn’t have the power to say ‘you’re going to the hospital,’ even though the student very clearly needed to go,” he said. “I even got a Broome County social worker to respond, but we couldn’t compel the student to go. Without harassing her, we eventually got her to cooperate and that allowed us to get her to the hospital and she started getting the help she needed.”

Gennarelli said access to staff such as the licensed social worker he worked with is a great benefit arising from the MCU relationship.

In addition to responding to mutual aid calls, UPD is integral to the support provided to students experiencing mental health crises on campus, meeting weekly with the CARE Team, Res Life, Title IX and other offices to review what is happening with individual students to ensure none of them fall through the cracks.

“And I will always remember Mady Bay [retired UPD deputy chief] at the campus safety sessions for parents held during Orientation,” Fiore-Conte added. “She would say that the one thing we have to understand about UPD is, ‘yes, we’ll do what we need to do, but under an educational umbrella and with a developmental approach.’ She would add that young people make mistakes, are learning and dealing with many life changes, so it’s a supportive and teaching moment, rather than a punitive one.”

With the need for mental health support growing exponentially in Broome County, as elsewhere across the country, the MCU collaboration has become a critical part of the services available to the community and Binghamton University students. “The acuity levels of the people we’re seeing is also exponentially higher than in past years,” Lynch said. “It takes a unique type of person to do crisis work, and our people are incredibly calm, good under pressure and have the skills to work with people in crisis and literally talk them off the ledge.”