Fabrication takes 20 to 30 minutes and costs about $1.50 per device 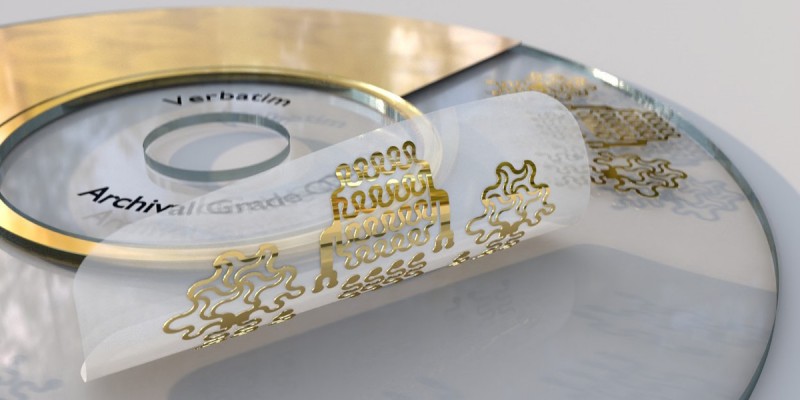 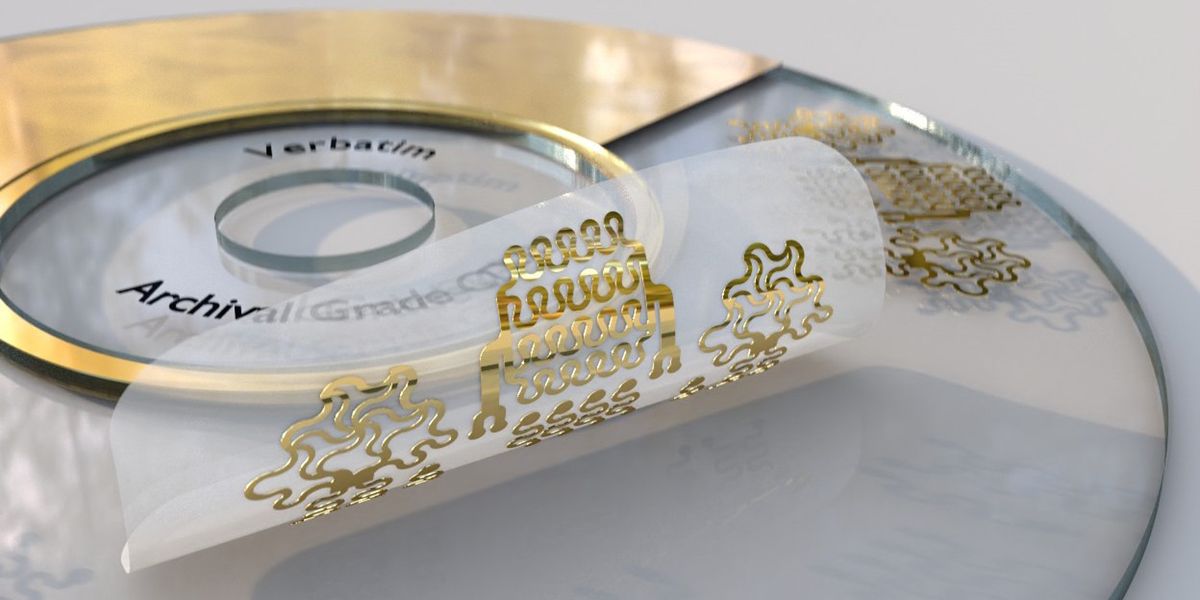 New research from Binghamton University offers a second life for CDs: Turn them into flexible biosensors that are inexpensive and easy to manufacture.
By Chris Kocher

Since 1999, more than 9 billion music CDs have shipped in the U.S. That’s not counting worldwide sales, DVDs, software discs or videogames. Sadly, discarded CDs end up in landfills with negative environmental consequences.

New research from Binghamton University’s Thomas J. Watson College of Engineering and Applied Science offers a second life for CDs: Turn them into flexible biosensors that are inexpensive and easy to manufacture.

In a paper published this month in Nature Communications, Matthew Brown, PhD ’22, and Assistant Professor Ahyeon Koh from the Department of Biomedical Engineering show how a gold CD’s thin metallic layer can be separated from the rigid plastic and fashioned into sensors to monitor electrical activity in human hearts and muscles as well as lactose, glucose, pH and oxygen levels. The sensors can communicate with a smartphone via Bluetooth.

The fabrication is completed in 20 to 30 minutes without releasing toxic chemicals or needing expensive equipment, and it costs about $1.50 per device. According to the paper, “this sustainable approach for upcycling electronic waste provides an advantageous research-based waste stream that does not require cutting-edge microfabrication facilities, expensive materials or high-caliber engineering skills.”

Also contributing to the research are BME Professor Gretchen Mahler; Melissa Mendoza, PhD ’22; and Louis Somma, MS ’22, as well as Assistant Professor Yeonsik Noh from the University of Massachusetts - Amherst. Nature Communications has honored the article among its Editors’ Highlights, showcasing the 50 best papers recently published in a research area.

Koh said she first considered the idea of converting the CDs into sensors while doing postdoctoral research at the University of Illinois.

“I had an idea: Maybe we could harvest the critical material from the CD and then upcycle to sensing systems,” she said. “I talked to Matt about my idea during the early stage of his dissertation research, and he wanted to continue this research.”

Brown investigated previous research on biosensors made from CDs, but he found that those sensors retained a rigid structure and had a more limited number of applications than he and Koh hoped to achieve. The first step is removing the metallic coating from the plastic beneath using a chemical process and adhesive tape.

“When you pick up your hair on your clothes with sticky tape, that is essentially the same mechanism,” Koh said. “We loosen the layer of metals from the CD and then pick up that metal layer with tape, so we just peel it off. That thin layer is then processed and flexible.”

To create the sensors, Binghamton researchers used a Cricut cutter, an off-the-shelf machine for crafters that generally cuts designs from materials like paper, vinyl, card stock and iron-on transfers. The flexible circuits then would be removed and stuck onto a person. With the help of a smartphone app, medical professionals or patients could get readings and track progress over time.

As Brown’s PhD advisor, Koh is thrilled to see something she speculated could be possible almost a decade ago is now a reality.

“I was so lucky to have Matt in the lab, because otherwise it would have stayed an idea from my postdoc research,” she said. “Some of my postdoc colleagues remember me talking about this idea to them, and they’re so excited about it.”

Brown is headed to San Diego to work for Dexcom, which makes continuous glucose monitors, but he has ideas about how the CD-to-sensor technology could be improved: “We used gold CDs, and we want to explore silver-based CDs, which I believe are more common. How can we upcycle those types of CDs with the same kind of process? We also want to look at if we can utilize laser engraving rather than using the fabric-based cutter to improve the upcycling speed even further.”

Like her former student, Koh would like to expand the CD-to-sensor research as well, possibly with the help of the campus community.

“Maybe we can create a box on campus where we could collect CDs,” she said. “We also could have more generalized step-by-step instructions on how to make them in a day, without any engineering skills. Everybody can create those kinds of sensors for their users. We want these to become more accessible and affordable, and more easily distributed to the public.”