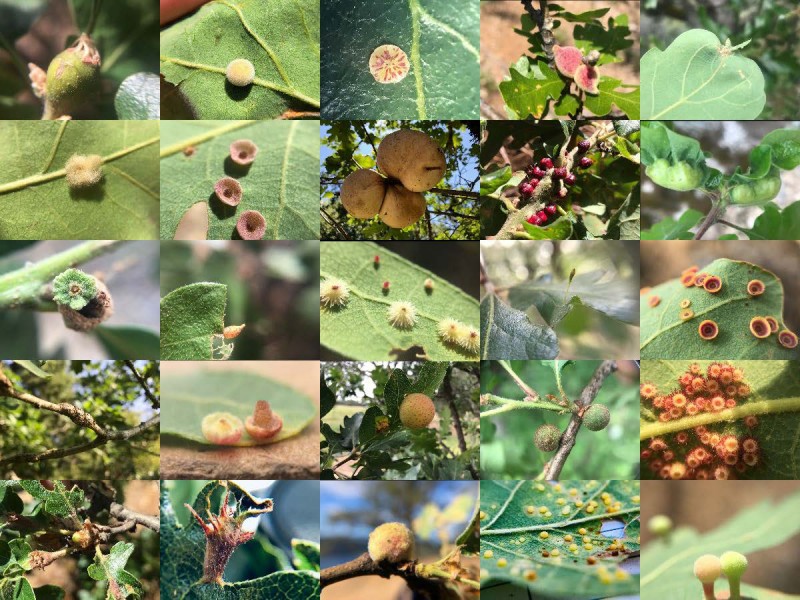 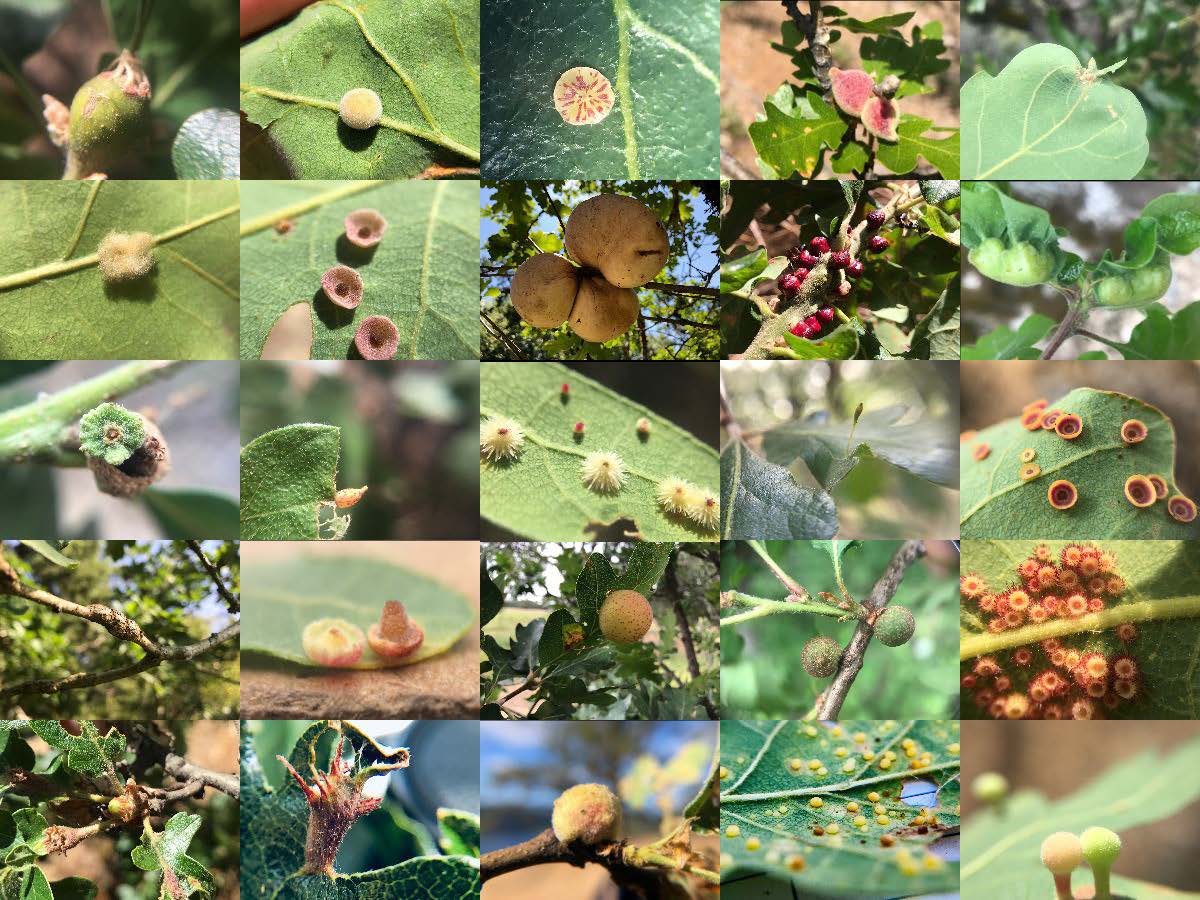 Side by side, Dylan Jones displayed photos of two oak leaves, plucked from oak savannas on the West Coast.

One, healthy and green, dotted by the occasional gall, a structure made by a herbivorous species of oak gall wasp. The other leaf was yellowed and tattered, the victim of an insect population without predatory checks and balances. Climate change has led to warming temperatures in the Pacific Northwest, leading species such as Neurotereus saltatorius to expand their range into more northerly oak savannas.

“In the native range, you might find a handful of galls on a single leaf. In the expanded range, sometimes you’re finding thousands on a single tree,” said Assistant Professor of Biological Sciences Kirsten Prior. “This is pretty prevalent throughout Vancouver Island.”

During the project, in which Prior received funding from the National Geographic Society and the National Science Foundation, the researchers visited 18 oak savannas between northern California and Vancouver Island in British Columbia to collect specimens during the summer of 2019. The effort required extensive collaboration with dozens of landowners, from private owners to the Nature Conservancy.

Oak savannas are grassy and shrubby areas that feature oaks as the dominant tree species. The oak species in question — Quercus garryana — requires a dry environment. As a result, oak savannas are often found in the rain shadow of the West Coast’s mountain range, Prior explained.

A diverse and ecologically important group of trees throughout North America, oaks host a wide diversity of insect species, such as oak gall wasps. These wasp species form growths known as galls that can be striking in their varied forms, from those that resemble large apples to others with colorful spikes reminiscent of sea urchins.

“There has been a long fascination by biologists and amateurs for this group of species because they’re pretty charismatic,” Prior said. “You can go to an oak and see all these structures on it.”

In addition to their herbivorous creators, these galls host other species of insects, including a dazzling variety of parasitoid wasps, one of the most diverse and ecologically important groups in the animal kingdom, the latter for their role in keeping insect pests in check. Parasitoid wasps lay their eggs in the gall; after hatching, their larvae then eat the oak gall wasp larvae.

Oak gall wasps are highly diverse in North America, but not well-documented; their evolutionary relationships and even the identification of some species remain unknown. A consortium of scientists across the continent is working to change that; Jones and Prior are part of this effort.

“It’s important to continue to document biodiversity. We still haven’t described a good portion of the biodiversity on Earth, particularly with insects,” Prior said.

The researchers checked their study sites on three different occasions during the course of that summer. Some were quite remote, involving trips down dirt logging roads, or located on Bureau of Land Management property or on preserves associated with Indigenous communities. Others were suburban, located a short jaunt from cities.

Because of urbanization, few oak savannas remain on Vancouver Island; those that are left are highly documented and tended by landowners.

“We’ve had long relationships with lots of landowners there that allow us to work on their property,” Prior said. “Some of them are so jazzed to have researchers there.”

Warming temperatures gave Neurotereus saltatorius the opportunity to expand its range into higher latitudes and altitudes than before, ahead of the parasitoid species that usually prey upon them, Jones explained. In the 1980s, the Canadian Forest Service was the first to track the expanded range of the oak gall wasp on Vancouver Island and its impact on a vanishing ecosystem.

Biodiversity tends to work on a latitudinal gradient, Jones added: The closer you are to the equator, the more species you have. A similar situation holds true when it comes to higher altitudes. When one species can expand its range due to warming temperatures, it can move into areas without a diversity of predators and competitors, eventually overwhelming the ecosystem.

The case of the oak gall wasps highlights the importance of biodiversity and the potential long-term ramifications of climate change, the researchers point out.

“Biodiversity can be really important in potentially protecting areas from invading species,” Jones said. “If we have strong competitors and predators, this might make areas less susceptible to invading species.”