Seeds for Maestra planted at 2018 HackBU competition, and now it has 10,000 active users per month 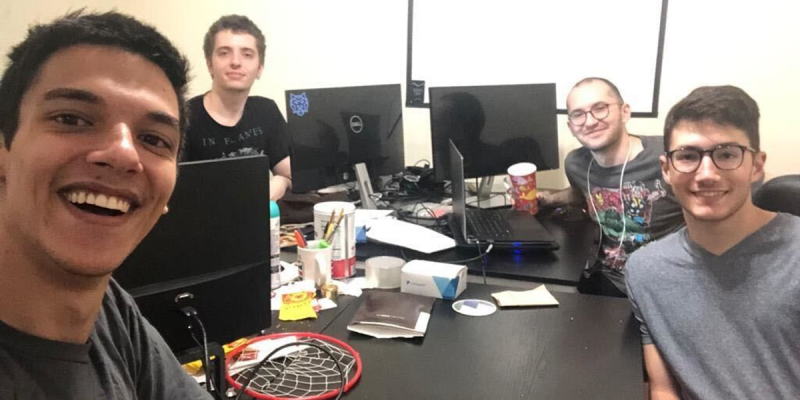 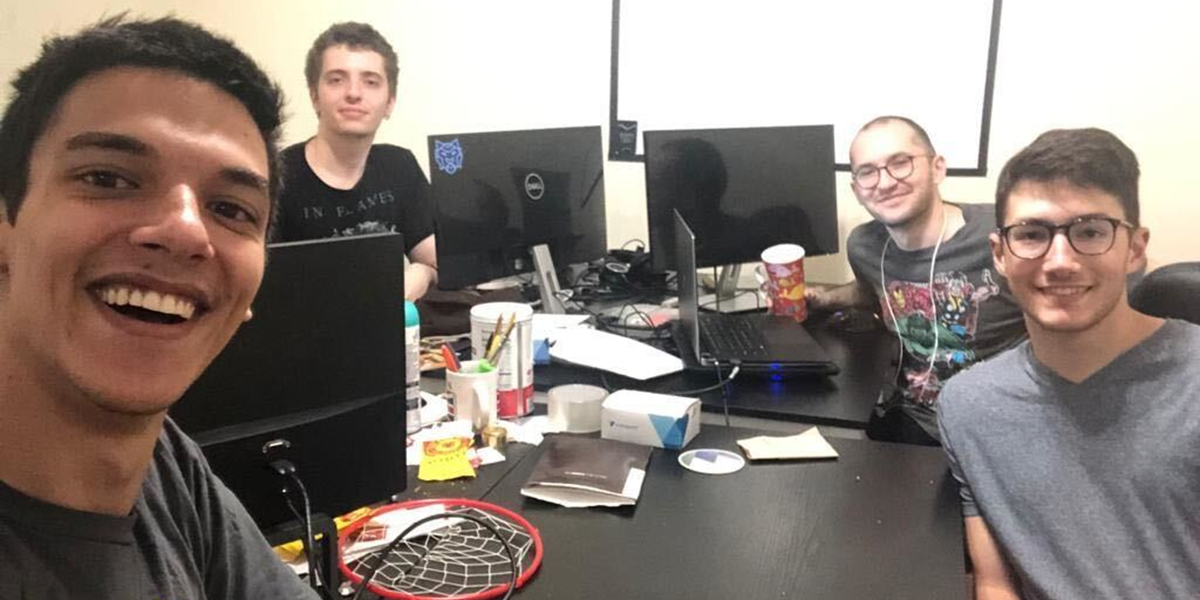 From left, Berkay Atatop '18, Kerem Tuncer '18, Ali San Kaya '18 and Akiva Hillel Aranoff '18 are the founders of Maestra, which started as a HackBU project.
By Chris Kocher

For the past decade, the student-run group HackBU has hosted a hackathon each spring. The mission: See what cool software you can build within 24 hours, either individually or collaboratively.

Find out more about Maestra at maestrasuite.com

Many projects don’t get much further than that. Some serve as seeds for ambitious ideas down the road. Perhaps the biggest success in recent years is Maestra, an online transcription service that offers speech-to-text, text-to-speech and subtitle services to 10,000 active users per month.

Berkay Atatop ‘18, Ali San Kaya ’18 and Kerem Tuncer ’18 met as students at Istanbul Technical University, and they all attended two years of undergraduate education at the Thomas J. Watson College of Engineering and Applied Science’s Department of Computer Science as part of the two schools’ dual-degree program in information systems engineering.

For the 2018 hackathon, Atatop wanted to build something for creatives who post on social media sites like Facebook and YouTube so their content would be accessible to a wide audience. Subtitling videos or providing multilingual voiceovers improves engagement. According to online data, 80% of consumers are more likely to watch a video when captions are available, which is unsurprising when you consider that 85% of Facebook videos are watched on mute.

“Automatic subtitles were a thing, but voiceovers were not,” Atatop said. “I knew that synthetic voices were a thing too, and I wanted to combine the idea of converting video to text and text to speech in another language, which could improve accessibility and reduce costs of hiring actual people.”

He asked Kaya to join him in the project, which won an award at the end of the 24-hour event. Seeing a gap in the market, they decided to develop the software further. They invited Tuncer to the programming team and also added Akiva Aranoff ’18, a finance major at Binghamton’s School of Management, to help the business side of the emerging company.

“I remember when we converted our first sentence to synthetic voice,” Atatop said. “Ali was like, ‘This is bigger than this. We have to make it bigger.’”

After graduation, the quartet moved together to New York City, renting space in East Harlem for 18 months of intense work. They came up with the name Maestra — a name used for a woman orchestra conductor — through watching the Amazon Prime series Mozart in the Jungle. (It also means “teacher” in Spanish.)

Maestra’s voice-to-text and subtitle services can translate around 70 languages, but Kaya believes the text-to-voice feature (offering around 35 languages) is what makes their company stand out from others. Another key feature is the simplicity of the text editor, which allows changes to be made easily.

“We wanted to present a platform with a clean interface without making it overcomplicated or forcing users to go to other programs,” Kaya said. “I think that’s why we have gained the most traction, from the ease of use of the platform. We have come across so many users who are not super-technical, and sometimes program features that appear apparent to us and easy to use might not be the same for the average user.”

By early 2020, Maestra’s offices moved to Brooklyn — and then the COVID-19 pandemic hit. With other obligations cut to the bare minimum, the co-founders hunkered down and worked on expanding the software’s features and customer base. Among other features, they added Maestra Teams to encourage easier editing and collaboration.

Despite lockdown challenges, Tuncer found it was a good time to focus on Maestra’s future.

“They were both my roommates in our college years. They were my really close friends, and I trusted their idea and I trusted their characters,” he said. “I really liked every part of it. We worked on this every day for three years. Some nights we didn’t sleep, and every day we were together. It was a great experience for me — we all learned a lot through this.”

Now back in Turkey, Maestra’s masterminds are collaborating remotely on the company’s future, and they see many avenues for opportunity in a pandemic world where people are consuming more media electronically, especially user-generated content.

“We have a lot of people in the education field, like professors who want to turn their videos into text, or students that have interviews they need transcribed. We’ve had marketing firms and even education companies approach us,” Aranoff said.