Gabby Banaag launched Helloo World, a nonprofit that aims to find the intersection between technology and social change 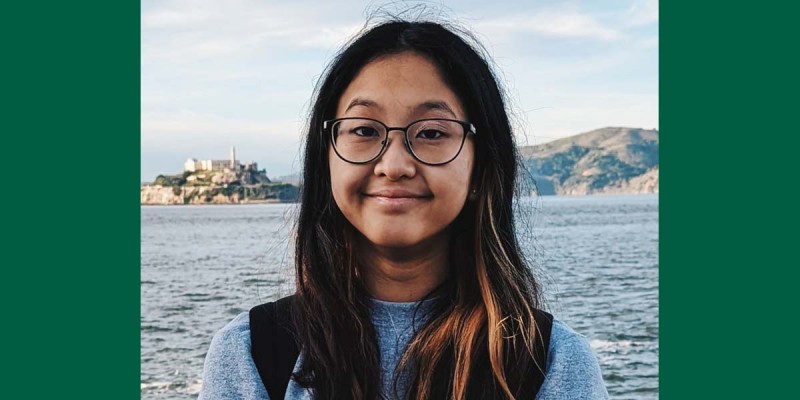 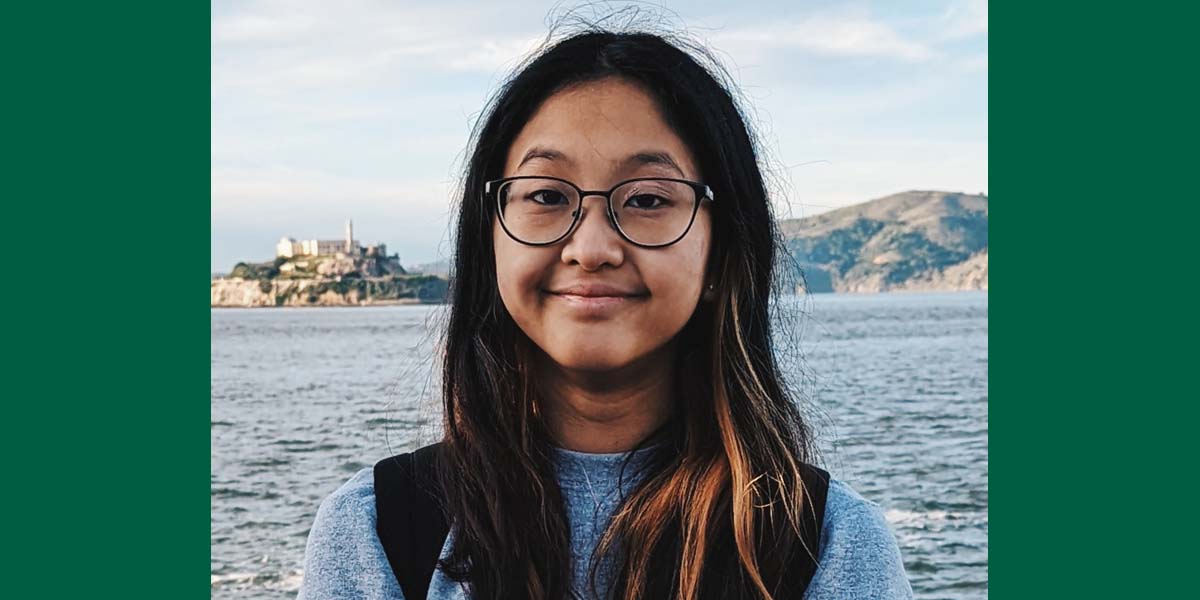 Gabby Banaag, a junior majoring in computer science at Binghamton University’s Thomas J. Watson College of Engineering and Applied Science, has been named one of Major League Hacking’s Top 50 for 2022.

The annual MLH list recognizes the organization’s most inspiring community members for their contributions to the tech ecosystem and science, technology, engineering and math (STEM) education.

MLH says that Banaag stood out from other applicants for demonstrating leadership as an early career hacker. Three years ago, she launched Helloo World, an organization that aims to find the intersection between technology and social change through multimedia content, coding projects and events. The group established its own hackathon and provided a place for new coders to collaborate and develop projects.

Helloo World came out of her experience in Kode with Klossy, a series of free coding camps for girls ages 13-18 that take place across the U.S. As a final project, she created a website where other socially minded classmates could post their ideas.

“I decided this could be more than just a website — it could be an organization where other people could show off things they made that impact society,” Banaag said. “I gathered a couple of my friends, and we spun it into a nonprofit. We made an Instagram page to post information about how technology and social impact can intersect.”

Finding inspiration for a tech career was easy as she grew up in Silicon Valley, where many residents eat, sleep and breathe computer code.

“My dad is a software engineer, and he first took me to Bring Your Child to Work Day when I was 5,” she said. “I’m sure like a lot of kids just sat in offices, but his company went all out! They had a magic show, a planetarium and movie showings — it was insane. From that day on, I was like, ‘I’m gonna work at Google!’”

Soon afterward, her family moved to the Philippines, and that’s where she got her official start in web design. As a middle-schooler, she learned HTML and CSS in her tech class to design and build websites.

Back in Silicon Valley a decade later, Banaag joined women in tech groups, volunteered at the local technology museum, and taught children how to build and program robots. In her senior year of high school, she took part in her first hackathon: spring 2020’s SuperPosition, where she and her team built a web app showing images of users’ interests that provided emotional support, winning first place for the best web application. Since then, she has participated in more than a dozen other hackathons.

“Hackathons remind me that there’s still so much for me to learn,” she said. “The hacker community has inspired me to keep making cool things and form bonds with others, and they keep me invested and excited as I continue to study computer science.”

While at Binghamton, Banaag is the vice president of the CoRE (Computers, Robotics and Engineering) housing community, where students majoring from business and biology to computer science and mechanical engineering live together on a residential floor and bond over common STEM interests. She also is part of the Residential Computer Consultant program (which offers IT support for on-campus students) and engineering sorority Alpha Omega Epsilon.

Banaag has an artistic side too, especially as a graphic artist. For TechTogether (now part of MLH), which addresses the gender inequities in the hackathon community, she was the resident sticker designer and served as graphic designer and co-technical director of TechTogether New York, where she helped build the website for the event.

This summer, she has been back in California teaching high schoolers for Kode with Klossy, bringing her story full circle from eager participant to role model for young teens.

“Something that makes me stand out in the hacker community is my drive to push myself to use my passions for both technology and making a difference to building communities that feel the same,” she said. “I hope to continue to do so as I dive deeper into my software engineering career, building websites and apps that are good experiences for everyone who uses them.”

MLH picks its Top 50 recipients from a pool of more than 150,000 active members, which the group says includes one in three new programmers in the U.S. and more internationally.