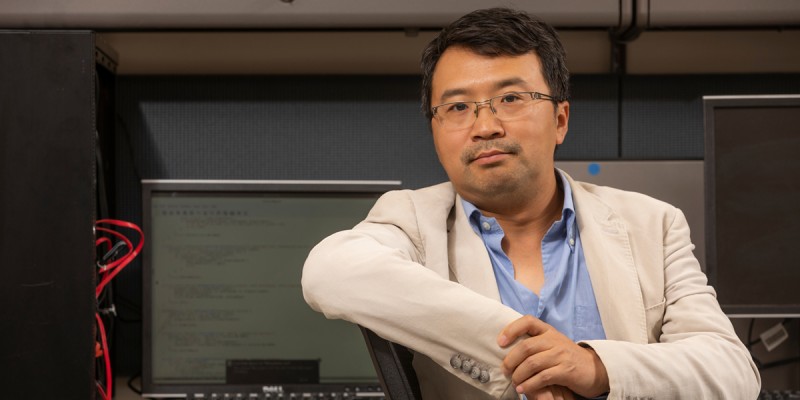 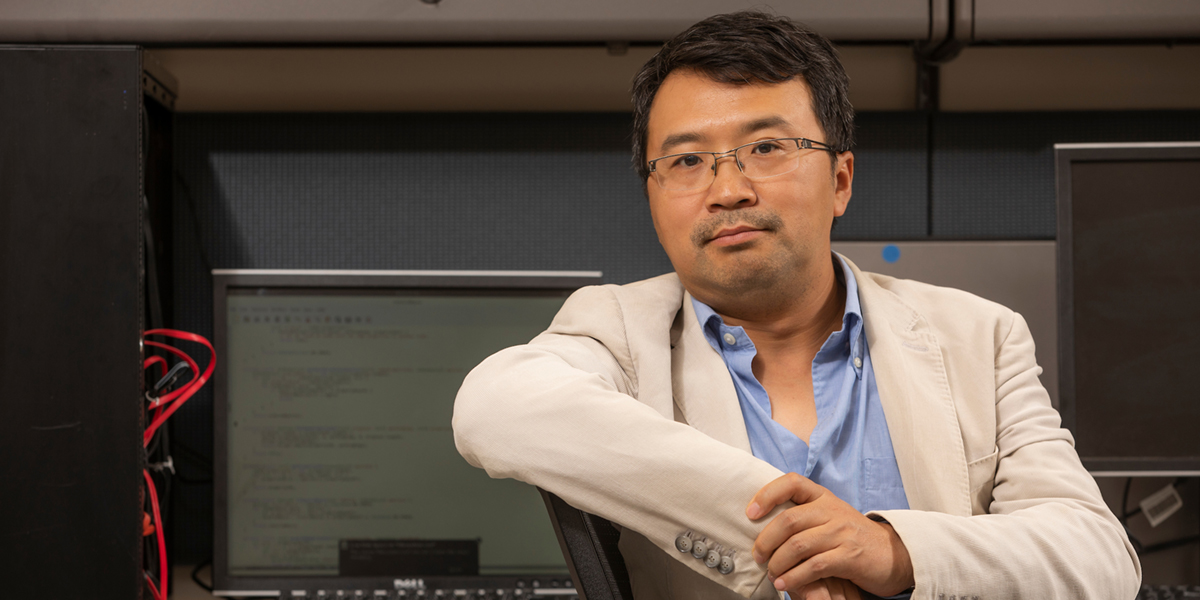 Professor Yu “David” Liu from Watson College's Department of Computer Science will spend the fall semester at the University of Maribor in Slovenia as a Fulbright U.S. Scholar. Image Credit: Jonathan Cohen.
By Chris Kocher

While the rest of us were taking part in the usual summertime activities over the past few months, Professor Yu “David” Liu developed a more singular hobby: Learning Slovenian.

Liu — a Department of Computer Science faculty member at Binghamton University’s Thomas J. Watson College of Engineering and Applied Science — will spend the fall semester doing research and teaching at the University of Maribor in Slovenia as a Fulbright U.S. Scholar.

Each year, the U.S. State Department program offers hundreds of awards in more than 135 countries for U.S. citizens to teach, conduct research and carry out professional projects around the world. Alumni include 61 Nobel Laureates, 89 Pulitzer Prize winners, 76 MacArthur Fellows, and thousands of leaders and world-renowned experts in academia and many other fields across the private, public and nonprofit sectors.

“It’s open to all disciplines, including the humanities, social sciences, other sciences and engineering,” Liu said. “It’s also very competitive, so this really surprised me. I’m so happy that Fulbright decided to give this award to computer science — and to me, I guess!”

Liu’s research includes software engineering, programming languages and autonomous systems, with sustainable computing as a key theme across all topics. In 2011, he earned a $479,391 National Science Foundation CAREER Award for his work on energy-aware and energy-efficient software.

To name just two examples where efficiencies could help lower our carbon footprint, he points to data centers that use 1 to 2% of electricity generation in the U.S., as well as the power needed to charge millions of cell phones and other mobile devices.

Liu also hopes to learn from the Slovenians. In 2018, National Geographic magazine named Slovenia the most sustainable country in the world; the European Union rated its capital city, Ljubljana, as the union’s most sustainable capital. Among the country’s policies are sustainable tourism, transportation and architecture policies that feature robust recycling and energy-saving efforts.

“Sustainable computing is something I’m passionate about, and to do more research on this and spread the word among students in a new country is exciting to me,” Liu said. “Fulbright is about academic exchange, but also cultural exchange, and for topics such as how to build a sustainable society, there is a lot to learn from them and to pass on what I know.”

According to the Fulbright program, exchange experiences like Liu’s lead to greater international co-publication, continued international exchange and stronger cross-cultural communication skills. Liu hopes that he finds collaborators, future Binghamton University students and maybe even research funding during his four-month stint in Slovenia, but he also is excited about the less tangible benefits of immersing himself in another culture.

“Using today’s technology, you can meet anyone on Zoom,” he said. “Even if you’re not going to conferences, you can communicate and collaborate, or you can deliver remote courses, but there is a difference when you live there and communicate with the local researchers and students for a long duration. It’s only then that you can truly understand what the mindset is, the unique things you can learn and how you can help out.”