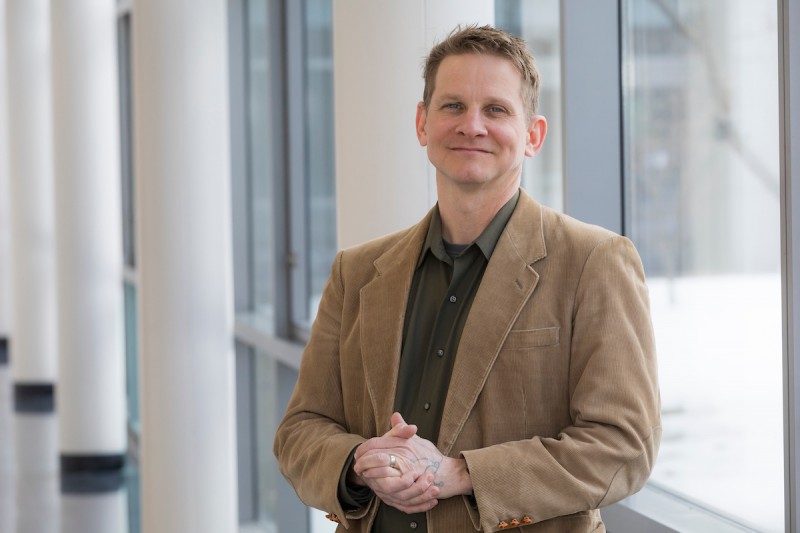 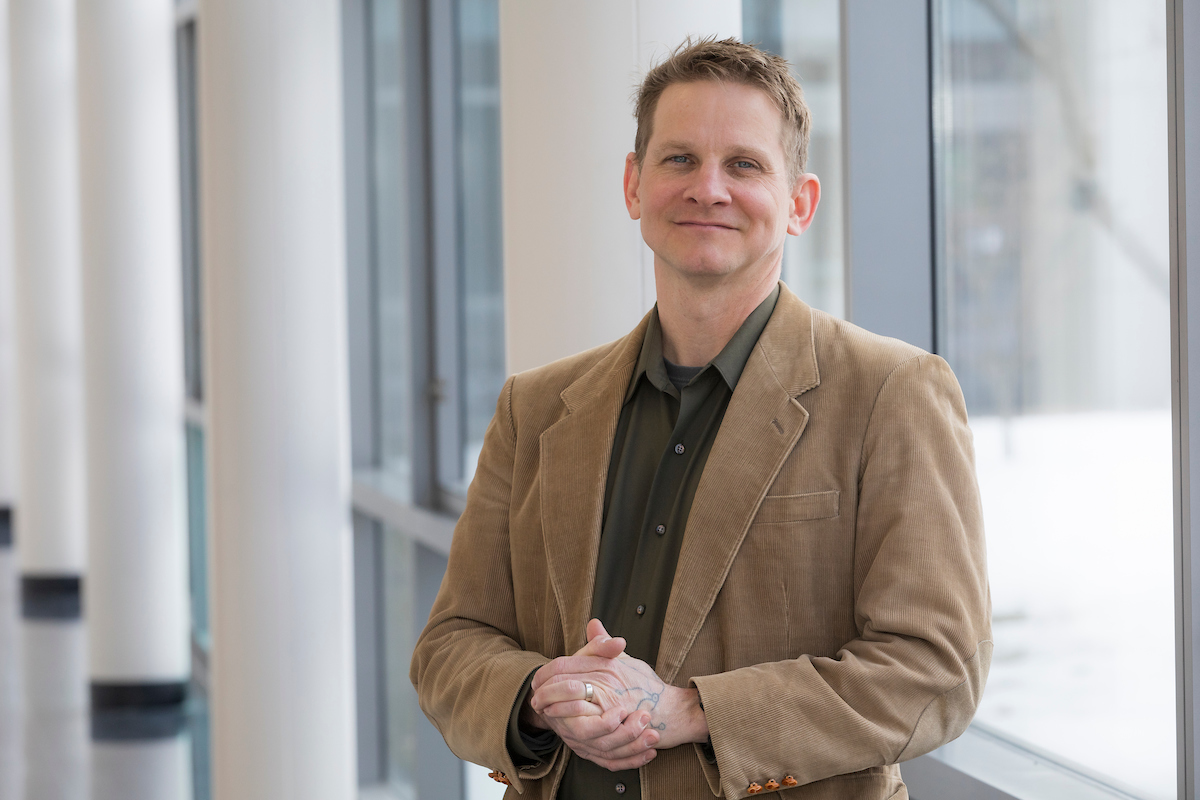 Adam Laats, professor of education and history at Binghamton University, is one of three nationwide selected for a 2022 Friend of Darwin award by the National Center for Science Education (NCSE).

Friend of Darwin awards are presented annually to a select few who demonstrate outstanding efforts to support NCSE and advance its goal of defending and supporting the teaching of evolution.

“Adam has helped to chart the contours of the controversies over evolution education going back to before the Scopes trial,” said NCSE Executive Director Ann Reid.

Laats is the author of multiple books, including Creationism USA: Bridging the Impasse on Teaching Evolution (2020). He has also published articles in scholarly journals and contributed essays to numerous news outlets, including The Washington Post and The Atlantic.

“​​This award comes as no surprise. Adam is clearly our most recognized scholar, and yet he couldn’t be more humble about it,” said Matthew McConn, chair of the Department of Teaching, Learning, and Educational Leadership (TLEL) and associate professor of English education at Binghamton University. “His level of expertise and success is also evident in his teaching. I have worked with the same students as Adam, and they unanimously agree that Adam is one of our best professors here in TLEL.”

Laats said that he feels privileged to be a part of the Friend of Darwin award-winners, a highly prestigious group.

“Being honored with the Friend of Darwin award puts you into this circle of experts that the National Center for Science Education includes as trustworthy,” said Laats. “I’m just honored to be included as one of the historians that they thought contributed to this big effort for science education.”

As a historian, Laats believes that writing books can contribute to the educational efforts of the NCSE.

“The battles that get called science battles are not just about science,” said Laats. “When I look at things like the history of creationism, yes, it’s in the language of science and religion, but it is really much more fundamentally about what education is supposed to do.”

Laats’ favorite part about the NCSE is that the organization interacts with teachers, families and students to educate them about the importance of scientific issues and how they can contribute to the discussion. He said that makes a real difference.

The organization has even helped frame his mindset, especially while writing his books.

“The National Center for Science Education taught me that the tempting, confrontational approach doesn’t work,” said Laats. “Instead, I learned to not water down the truth and start with building a trusting relationship with my audience.”

Laats joins a distinguished group of awardees, with previous recipients including Niles Eldredge, an American biologist and paleontologist who proposed the theory of punctuated equilibrium with Stephen Jay Gould; Richard B. Katskee, vice president and legal director at Americans United for Separation of Church and State; and Carl Zimmer, award-winning New York Times columnist and author of 14 books.