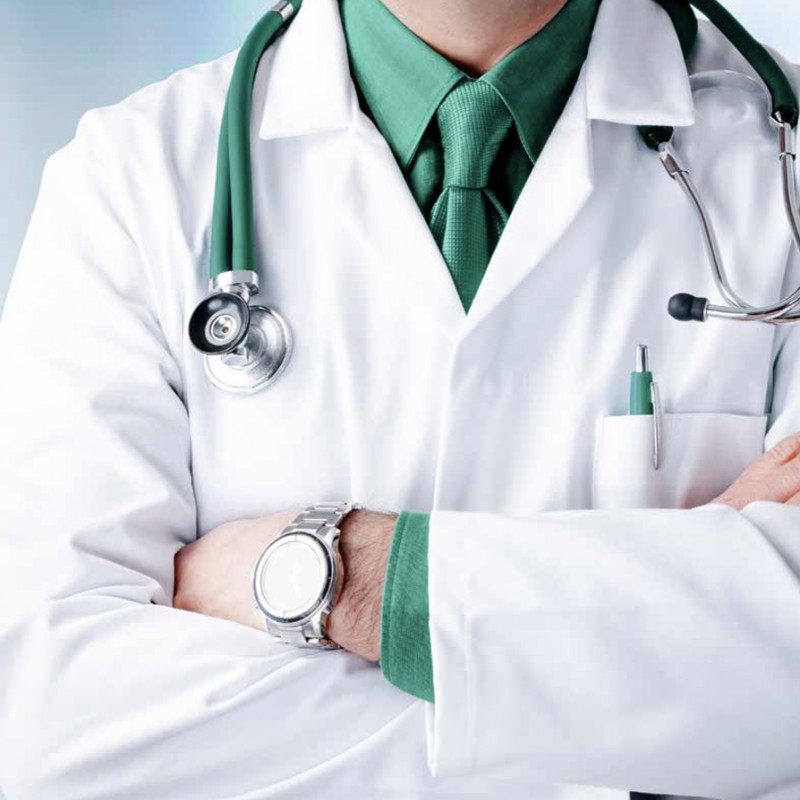 A graphic image of a physician in a white coat. Image Credit: File art.
By Lorena Maggiore ‘23

Tortora, a senior biological sciences major, shadowed a pediatric emergency medicine physician in New Jersey, Kathleen Reichard ‘89, who gave him insight into what goes on behind the hospital doors.

“I’m an EMT so I see everything before they get there … and I’m also very limited on what I can do as an EMT. I never knew what happened to the patient once we walked through that door,” said Tortora. “This summer I got to see what actually happens.”

In the summer program, students were able to take on roles that they had previously encountered but never directly explored. Molly Batchelder, a junior integrative neuroscience major, shadowed Long Island pediatrician Naomi Jackman ‘90. Although she works as a medical assistant, Batchelder didn’t see the doctor’s role in the appointment process until she took part in the program, she said.

“I got to actually experience the appointment itself, what the doctor says and asks,” she said. “I had the chance to see what my future career would be like.”

As students were matched with alumni physician practitioners, they confronted typical daily activities in the physician workforce. Adam Elfadel, a senior majoring in biological sciences, shadowed internal medicine specialist Darren Esposito ’95 in the Bronx. Healthcare in the city was a bit of a culture shock, Elfadel said.

The Summer Physician Mentorship Program is now accepting applications. The deadline to apply is Feb. 7, 2023. For more information, click here.

However, he was treated like family when he shadowed Esposito, and also took note of the warm relationship between his mentor and his patients. It’s something he will strive for when he becomes a physician, he said.

Trabold, a senior neuroscience major who shadowed St. Francis Hospital pulmonologist Michael Como ‘92, was also inspired by her mentor’s interaction with patients. Como was on the frontlines during the COVID-19 pandemic and continues to treat patients who suffer from long COVID.

“They would bring him honey that they made. He’s known all of them for so long,” Trabold said. “He had been in the hospital with them for months when they had COVID and none of their family members could visit them,” she said.

The experience also stretched students’ skills. Artus, a senior psychology major, was first a little embarrassed when he began taking medical histories under the mentorship of pediatric urologist Jordan Gitlin ‘90. Although there was a learning curve, his trepidation quickly developed into excitement.

“That first day I was really like, ‘I know what I‘m going to do for the future now. I know this is where I belong,’” Artus said. “I want to be in pediatrics as well, so working with kids was such a fantastic experience.”