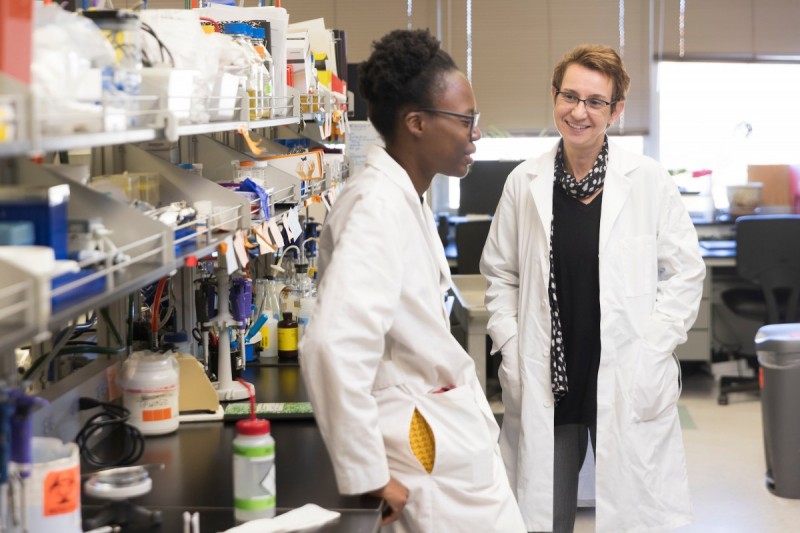 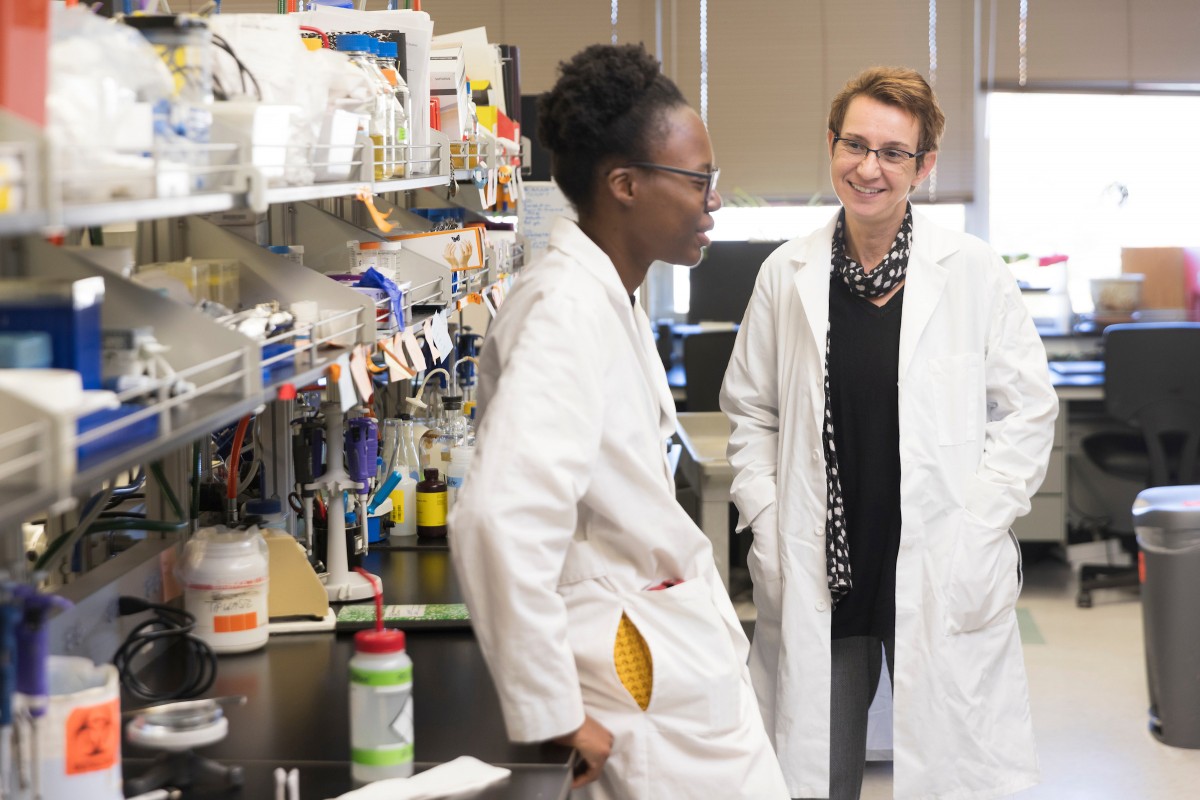 A 66-year-old woman with severe arthritis opts for a total knee replacement: a common enough surgery, undergone by nearly 800,000 Americans every year.

But not without risk.

A case study from the University of California, Los Angeles demonstrates a worst-case scenario that actually occurred. Two weeks after the procedure, the woman’s wound becomes an angry red, signaling an infection. A second surgery cleans out the infection, only to have it return three months later. This time, the implant is removed while the infection is treated with several months of intravenous antibiotics. A fourth surgery replaces the implant — only to have the same infection return yet again within six months.

In debilitating pain and unable to walk, the patient chooses to have her leg amputated above the knee.

Infections related to implanted medical devices are shockingly common and difficult to treat; in fact, the five-year mortality rate of those with prosthetic joint infections exceeds that of those with breast cancer. A collaborative research effort between Binghamton University, Stevens Institute of Technology, Syracuse University and City College of New York is working to address the problem.

Biological Sciences Professor Karin Sauer and her team have been awarded a National Science Foundation Growing Convergence Research grant for engineering human tissue to create infection-resistant scaffolds of tissue that can be reabsorbed by the body.

Earlier this year, all four participating universities offered a shared seminar on biomedical device infections that was attended by more than 30 undergraduate and graduate students; they will team up to offer it again in spring 2023.

Now in its third year, the collaborative initiative brings people from different disciplines together to work on one bigger problem, Sauer explained.

“We have to realize that certain problems cannot be solved within one discipline alone,” she said.

A key cause of chronic infections is a phenomenon known as a biofilm: a community of bacteria that forms on the surface of something, from teeth to water pipes to artificial joints. Biofilms are bound together by a matrix material, which can be made of a variety of substances, from protein to sugars, even DNA. Once held in the matrix, these bacteria behave very differently from their free-roaming counterparts.

Bacteria within biofilms express genes differently and become extremely tolerant to antibiotics, diffusing them through the matrix material. Because of this, they’re often associated with hard-to-treat infections that can persist for a long time, even decades.

“Because biofilms are so tolerant of antimicrobial agents, you may be killing off some of the biofilm bacteria but never all of them. Then, they just regrow as soon as you stop taking antibiotics,” Sauer explained.

The longer such infections persist, the more opportunity they have for genetic mutations that both make them impervious to antibiotics and less conspicuous to the body’s immune system — a dangerous scenario on both the individual and societal level.

As with all bacteria, biofilms need moisture to survive — and our bodies are unavoidably moist places. The human body is also riddled with bacteria, from the gut flora that help us digest food to the microflora on our skin. Nose, mouth, lungs, even blood — nothing in us is sterile.

These bacteria often play beneficial roles; the bacteria on your skin, for example, help keep pathogens out. But a simple cut or even the act of brushing your teeth can drag bacteria into your bloodstream that wouldn’t otherwise be there. The human body has evolved ways to deal with its bacterial load, from coughing to crying; tears actually have anti-bacterial qualities, for example. We also slough off skin and even our intestinal lining over time, along with the bacteria that suffuse them.

An artificial device — a knee implant, for instance — is incapable of these strategies. Hence the current research project, in which the partners are looking at ways to engineer tissue into a scaffold-type structure, with cells — including immune cells — embedded into the surface. If successful, the project could potentially prevent dangerous biofilms from forming.

Prevention isn’t just a matter of sterilizing equipment; while medical devices are typically sterile when they arrive in the operating room, our bodies and the air itself — although filtered in the OR — aren’t sterile. Operations that take a long time — such as spinal surgeries that can take 12 to 14 hours — and those that occur in high-bacteria areas, such as dental implants, are both associated with significant infection risks.

If an implant is determined to be infected, the surgeon will often remove it and treat the infection with high concentrations of antibiotics or, if necessary, remove necrotic tissue. Once the infection is cleared, the device will be reinstalled. That often means a lengthy period in which the patient is without a functional knee, hip or other device, assuming the infection can be adequately treated.

“This doesn’t happen all the time. It’s a small percentage, but that small percentage will go through this for years until it’s finally resolved,” Sauer said. “They have corrective surgeries, they’re in treatment or they complain about pain for an extended period of time before something is even done.”

Medical devices represent a new frontier for Sauer’s research, which focuses on how biofilms form, with an emphasis on how they become so tolerant to antibiotics. She also studies how biofilms disperse, how and why bacteria leave the protective matrix, and when these freed bacteria become susceptible to antibiotics again.

She is joined in the collaborative research effort at Binghamton by Biological Sciences Professor David Davies and Associate Professor Claudia Marques. Researchers at Stevens are working on the design of medical device surfaces, while Syracuse scientists will do much of the computer modeling to predict how surfaces will behave. City College will tackle the applicability in healthcare, known as translational medicine.

All four universities will exchange students to learn from one another, training them to think outside their disciplines and come up with solutions to a complex problem.

“Across the four universities, we will be exchanging students to learn from each other, really trying to generate or train students to think outside of their boxes or outside of the disciplines,” Sauer said. “We need to combine more than one discipline to solve this problem.”