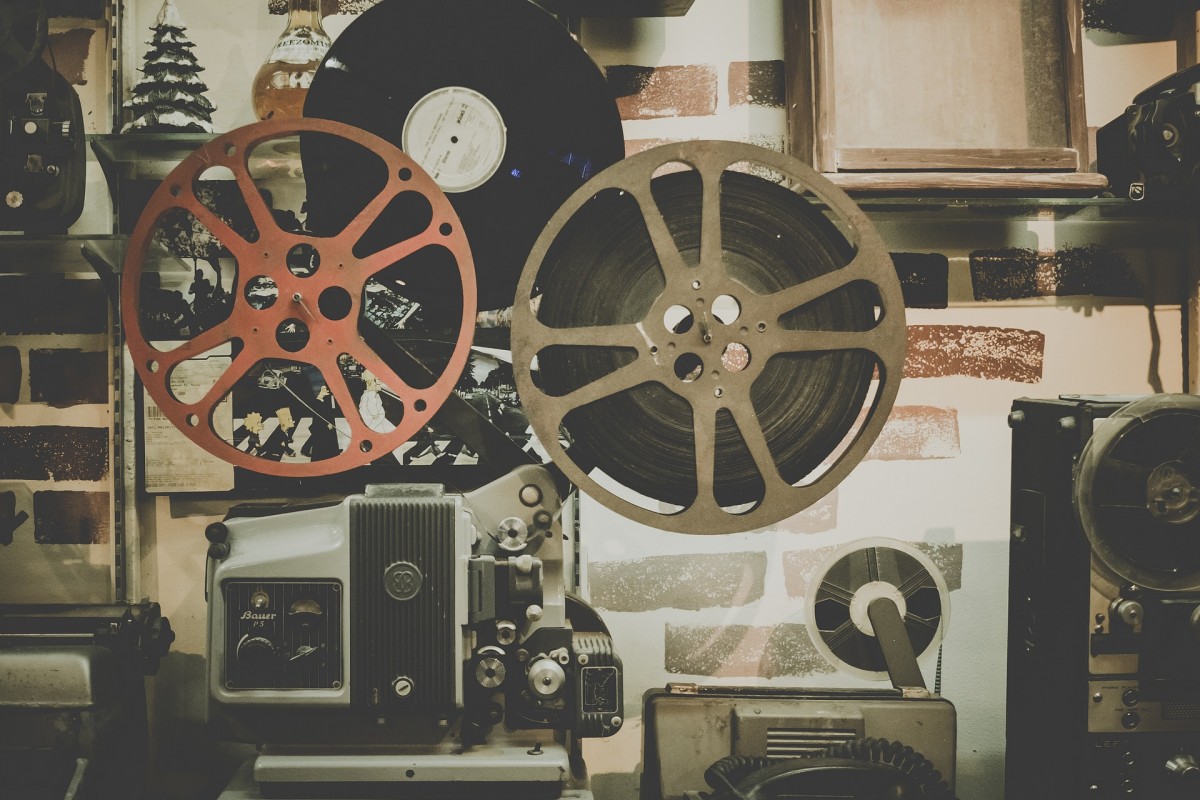 Anxiety about thinking machines didn’t begin with the advent of algorithms, robots or even modern computing. Fears about artificial intelligence are actually more than a century old, and date back to the earliest film projectors.

Binghamton Associate Professor of Art History Jeffrey West Kirkwood’s new book, Endless Intervals: Cinema, Psychology, and Semiotechnics around 1900, makes the case that cinema and the technology that produced it actually created the human psyche as we know it today — or at least the models by which we understand it. In his book, he considers the ways that machines can create meaning, seamlessly threading discontinuous intervals of image and shadow into a continuous experience that mirrors our inner lives.

“The idea was, more or less, to provide a theory of machines that accounts for why they came to be feared as having the power of thought, which basically challenges the human psyche on the throne of consciousness,” Kirkwood said. “That is tied to the history of experimental psychology, which develops in the 19th century.”

Kirkwood received funding from the Harpur College Advocacy Council Faculty Development Endowment, which help to support the passage of the book through final review and a timely publication schedule.

A young science at the time, experimental psychology emerged in tandem with machines that measured the electrical impulses along nerves. In effect, the psyche became an object of scientific study at the same time it became conceptualized as a machine, he explained.

Interestingly, the same machines were used to develop the first cinematic mechanisms. That’s not a coincidence, and Kirkwood’s book shows how the concepts of psychic unity, meaning and human consciousness itself became bound to machine models.

Film, of course, provides the illusion of movement. The film strip itself is moving at 24 frames per second through the projector, while the shutter conceals the darkness that separates each frame. Instead of movement, our eyes actually see a quick procession of still images; however, we experience this procession as movement once it’s processed by the brain.

The new technology fascinated scientists of the day, including the early figures of experimental psychology, who wrote extensively about the illusion of movement. It also posed an answer of sorts to that perennial question: What is the nature of consciousness?

“Cinema provides an answer: that it’s a process, a series of operations from which emerges an experience,” Kirkwood said.

Earlier eras were shaped by religion, and the belief that the human mind was created in the image of God.

“If you can create machines that produce semantic content, then that challenges the entire myth of human uniqueness,” Kirkwood said. “You see in the literature from the early 20th century that people are extremely worried not only about the transformations brought about by exposure to cinema, but the way that cinema is able to replicate certain processes of thought.”

These anxieties are eerily similar to today’s debates over artificial intelligence and machine learning. But in either case, the machines — whether the film projectors of yore or today’s neural nets — don’t actually replicate the processes of the brain. Rather, we begin to view the brain and the processes that create meaning in terms of the emerging technology, a theory known as semiotechnics.

“Concepts of human consciousness have always been conditioned by our understanding of machines,” he said. “Things that are not part of the human form allow insight and modeling of what the mind and consciousness are; there is no consciousness without technology.”

He points to such ancient figures as Plato and Socrates. The latter denigrated writing as a type of extension of the mind that could ultimately weaken it, a criticism that nevertheless shows the connection between concepts of consciousness and an external tool that replicates it.

Currently a senior fellow on the NOMIS Research Project “The New Real: Past, Present, and Future of Computation, and the Ecologization of Cultural Techniques” at Germany’s Bauhaus University, Kirkwood’s current research is taking him to a different corner of technology: encryption and blockchain. The blockchain research builds on an article he recently published in a special issue of Critical Inquiry.

Central to all digital transactions, encryption involves destroying or concealing meaning — contrary to the perception of the digital world as an unrestricted arena of communication. It requires computational work and energy, while obstructing and then reassembling meaning, making it a highly inefficient use of resources, he explained. Nor is that work or energy usage theoretical; computers use electricity, and applications can literally cause the computer to heat up.

It’s a big project that touches upon thermodynamics and the history and the meaning of work, and Kirkwood is eager to see where it leads.

“It sounds really big, but it is a big project,” he said.