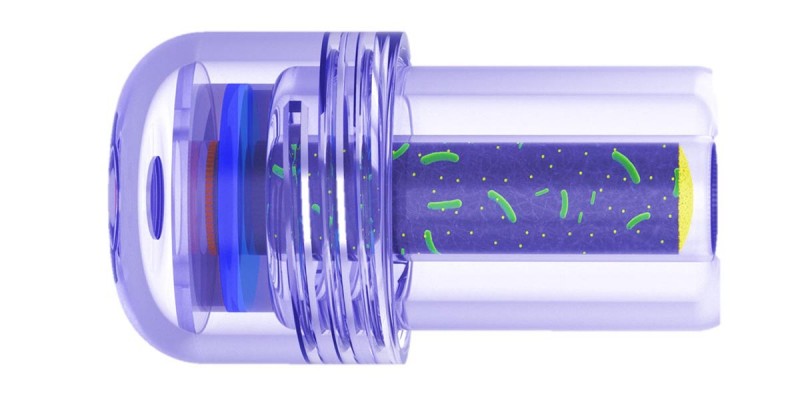 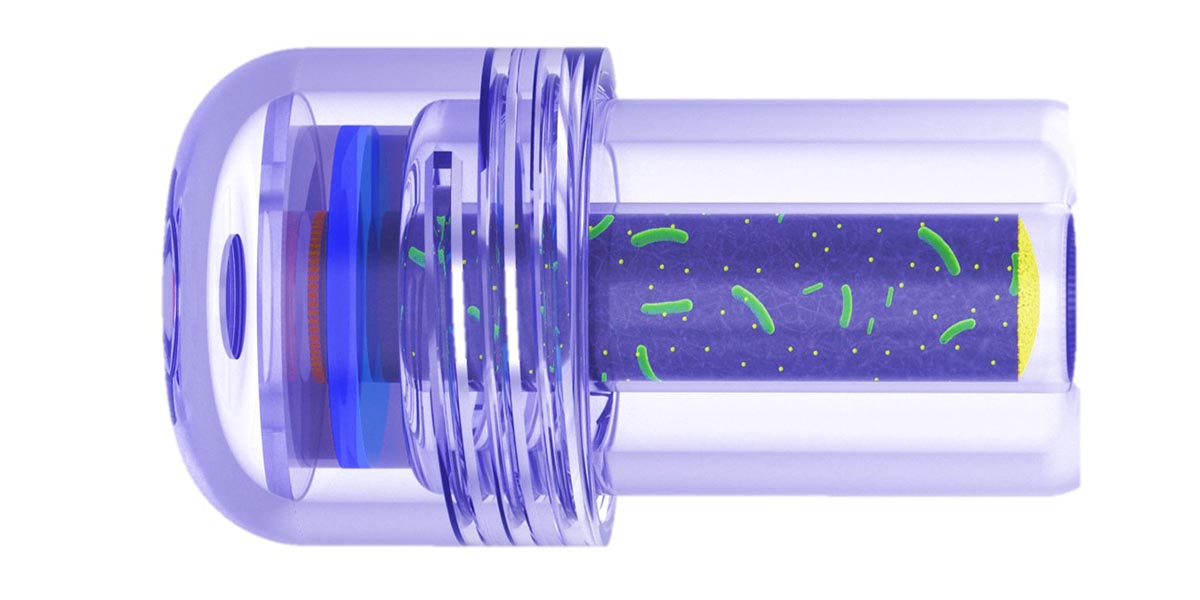 A new biobattery being developed at Binghamton University could power ingestible cameras in the small intestine.
By Chris Kocher

Tech companies have developed many devices that work outside the body, such as cell phones, smart watches, tablets and hundreds of others. Inside the body, though? That’s obviously trickier for several reasons, but power for a device is a big one.

Binghamton University biobattery researchers think they have a solution for the hard-to-reach small intestine, which winds around the human gut for an average of 22 feet.

Professor Seokheun “Sean” Choi, a faculty member in the Department of Electrical and Computer Engineering at the Thomas J. Watson College of Engineering and Applied Science, led a team that included PhD students Maryam Rezaie and Zahra Rafiee on research recently published in the journal Advanced Energy Materials.

“There are some regions in the small intestine that are not reachable, and that is why ingestible cameras have been developed to solve this issue,” Choi said. “They can do many things, such as imaging and physical sensing, even drug delivery. The problem is power. So far, the electronics are using primary batteries that have a finite energy budget and cannot function for the long term.”

The Watson team’s solution builds on findings that Choi has made over the past decade about utilizing bacteria to create low levels of electricity that can power sensors and Wi-Fi connections as part of the Internet of Things.

Other options inside the small intestine are less viable: Traditional batteries are potentially harmful, wireless power transfer from outside the body is inefficient, temperature differences aren’t enough to harness thermal energy and intestinal movement is too slow for mechanical energy. Instead, Choi’s biobatteries utilize microbial fuel cells with spore-forming Bacillus subtilis bacteria that remain inert until they reach the small intestine.

Choi knows that some people might balk at ingesting bacteria, but our bodies are filled with nontoxic microbes that help with digestion and other functions.

“We use these spores as a dormant, storable biocatalyst,” he said. “The spores can be germinated when the nutrients are available, and they can resume vegetative life and generate the power.”

Although this research has just been published, Choi and his students already are looking ahead to improving the capsule-sized biobatteries. Once the fuel cell reaches the small intestine, it takes up to an hour to germinate completely — faster would be better. The cell generates around 100 microwatts per square centimeter of power density — enough for wireless transmission, but 10 times more would offer many more options for use. The batteries also would require animal and human testing as well as biocompatibility studies.

“I believe that our micro-fuel cell has a huge potential, but we have a long way to go,” he said.