Seth Spain said that there are two definitions of a bad boss: dark or dysfunctional, and both can cause a great deal of stress to employees. Image Credit: Jonathan Cohen. 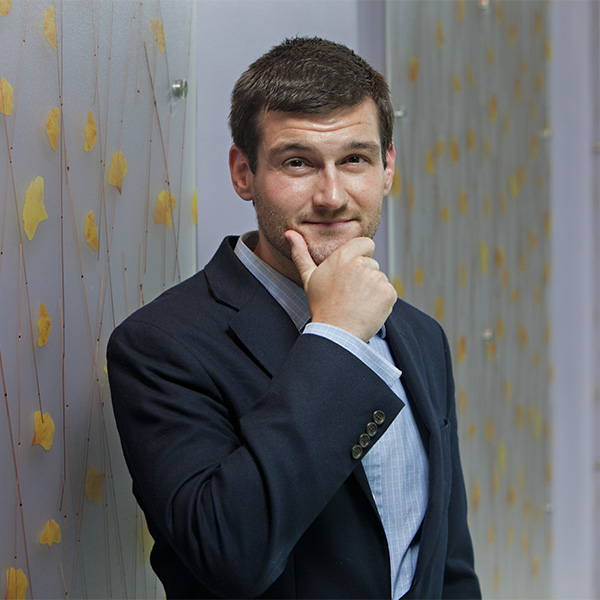 Seth Spain said that there are two definitions of a bad boss: dark or dysfunctional, and both can cause a great deal of stress to employees. Photography: Jonathan Cohen.
By John Brhel

Bad bosses generally come in two forms. There are the dysfunctional ones, like Michael Scott from the TV series The Office; and there are the dark ones, like Gordon Gekko from the film Wall Street. Researchers, including Assistant Professor of Organizational Behavior Seth Spain, are building a framework to better understand the behaviors of bad bosses to reduce workplace stress.

In a new chapter from Research in Occupational Stress and Well-Being titled, “Stress, Well-Being, and the Dark Side of Leadership,” Spain looks to establish a taxonomy for identifying bad bosses and their distinct behaviors. He said that there are two definitions of a bad boss: dark or dysfunctional, and both can cause a great deal of stress to employees.

“They don’t want to hurt you,” said Spain of dysfunctional bosses. “Through lack of skill, or other personality defects, they’re just not very good at their job. Largely, that’s what we would call ‘dysfunctional.’”

Dark bosses, on the other hand, have destructive behaviors, and hurt others to elevate themselves, said Spain. These bosses are looked at through the three characteristics called the “Dark Triad,” which includes Machiavellianism, narcissism and psychopathy.

“[These are] people who enjoy the pain and suffering of others—they’re going to be mean, abusive and harassing in daily life,” said Spain.

That’s not to say that there aren’t degrees in which these characteristics are displayed. Everybody exhibits these behaviors at some level, said Spain.

According to Spain, bad bosses, whether they’re dysfunctional or dark, can cause a great deal of stress to employees.

“A person’s direct supervisor is a lens through which they view their work experience. We think, in particular, that a boss can be an incredibly substantial source of stress for people who work for them,” said Spain.

Having this framework of behaviors that bad bosses exhibit can be the first step into fixing them, ultimately reducing stress in the workplace, said Spain.