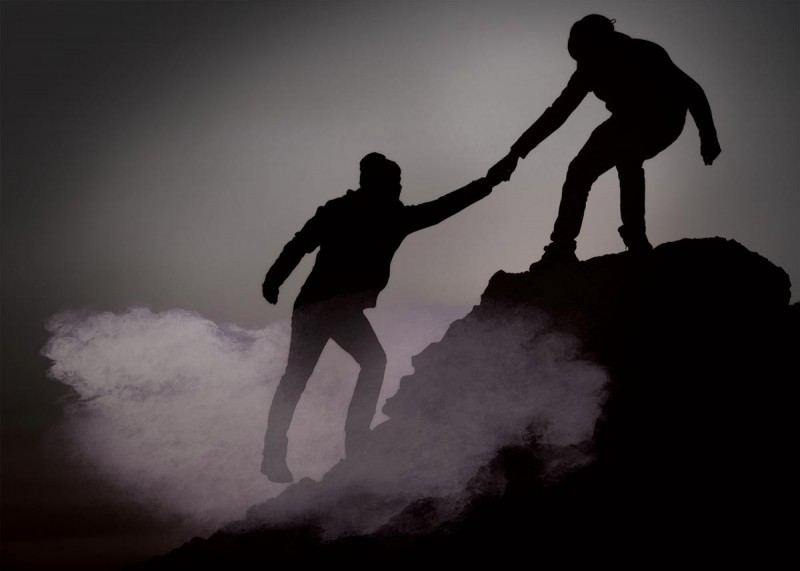 ​What does it really mean to get clean?

“The old-school philosophy was that you chose to become addicted to drugs or alcohol, and, therefore, you could choose to stop,” says Nadine Mastroleo, a substance abuse researcher at Binghamton University who specializes in brief drug and alcohol interventions.

Therapy, detox, drugs, hospitalization and even jail time are ways people can become and stay sober. Some seek help as a result of pressure from family and friends, some are forced into court-mandated treatment, while others decide on their own that it’s time for a change.

“Drug and alcohol dependency exists on a continuum that is complicated by underlying psycho-social-environmental factors,” says Mastroleo, an assistant professor in the PhD program in community and public affairs. There are two philosophies of treatment: “abstinence only” and harm-reduction.

Abstinence is not always the most effective form of intervention; it depends on the user’s lifestyle, environment and particular addiction, Mastroleo says.

Harm-reduction is more realistic for certain populations, such as college students. “Harm-reduction treatment can guide people to make better lifestyle choices when they are unable to completely abstain,” says Carole Kuklis ’02, MSW ’06, of the Addiction Center of Broome County (ACBC). Harm-reduction focuses on minimizing negative consequences for the user who cannot completely cut out drugs or alcohol.

The ACBC provides outpatient clinic and rehabilitation services for people in recovery for addiction. The nonprofit organization estimates that more than 1,300 people walked through its doors for treatment last year.

“Individuals with addictions or substance-abuse issues often are attempting to self-medicate for something else,” says Kuklis, who coordinates recovery services for clients needing both mental health and substance abuse treatment.

Carmela Pirich, executive director of the ACBC and adjunct assistant professor in the College of Community and Public Affairs (CCPA), says research showing that addiction is chronic and biological in nature has contributed to a shift toward using more evidence-based practices for mainstream treatment. Evidence-based practices are behavioral or medical interventions based upon research, clinical expertise, and patients’ experiences and preferences.

Mastroleo says brief interventions — generally one-on-one counseling sessions that are 60 minutes or less — serve as starting points to help people see the next steps needed to make longterm changes. Those next steps typically include additional treatment. 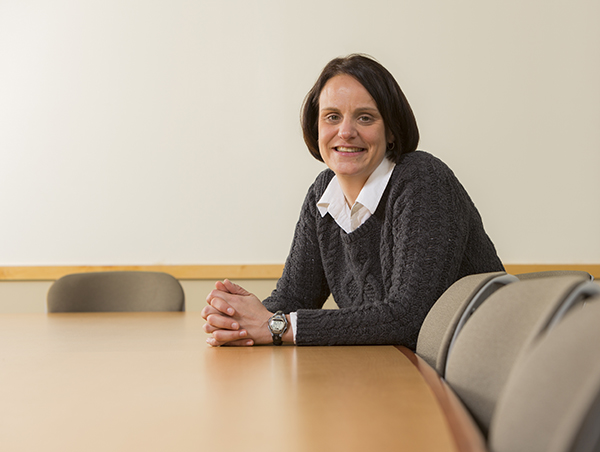 This study leads me to believe that not everyone needs longterm support to treat a serious substanceabuse issue.

One of the brief interventions is a technique called motivational interviewing.

The study’s 372 participants had been admitted to the emergency room for issues that weren’t directly attributed to their drug or alcohol use. Half received a motivational interview.

“The study’s participants were not initially seeking treatment for substance use when they entered the emergency room, but received a motivational interview geared toward addressing their risky behavior associated with drinking and sex,” she says.

Mastroleo says she and her colleagues followed up with 327 of the patients over a ninemonth period after the interviews. The study’s participants reported 20 percent fewer days of heavy drinking over the follow-up period and were 40 percent less likely to engage in risky sexual behavior such as having sex without a condom.

“Some argue that if you have a true alcohol dependency, you will not benefit from a brief intervention. This study leads me to believe that not everyone needs long-term support to treat a serious substance-abuse issue,” she says.

Pirich teaches courses on case management and evidence-based practices to undergraduate and graduate students in CCPA. She also pitches research topics to her University colleagues. “Researchers won’t know if they are asking the right questions unless they are working with people on the frontlines of this disease,” she says.

​The School of Pharmacy and Pharmaceutical Sciences will play a role in addiction research when it opens this fall. Discovering biomarkers for illnesses will be one focus, because biomarkers are critical to understanding how diseases develop and who is vulnerable.

“Addiction is a disease, and our faculty are interested in the development of biomarkers to predict and treat certain addictions,” says Gloria Meredith, founding dean.

“Faculty would like to develop biomarkers for predicting drug interactions in individuals with chronic illnesses who take numerous medications, especially studying the interactions of opioid painkillers with other medications,” she says.

“Teaching keeps me fresh on the foundational theories behind the practice and informed about the cutting-edge research,” she says. “It’s also self-serving, because I often recruit for openings at the ACBC among this pool of students.”

The ACBC’s 33 employees include chemical dependency clinicians, nurses, social workers, mental health counselors and an art therapist. Pirich says one of their biggest challenges is meeting the increasing volume of client demand.

“It takes special people to work with the addiction population,” Kuklis says. “We still haven’t found a cure. So our biggest job is to instill hope.”

Pirich says people seek help in different ways. She considers “waking up, getting dressed and coming to treatment” as signs of someone overcoming an addiction.

“We have a client who has overdosed on heroin several times while in treatment who continues to come back. One day I asked him why he comes to treatment if he’s still using, and he simply said, ‘I’m better when I’m here.’ People in treatment don’t always just get better and stay better — you can have a misstep — that just means there’s still more work to be done.”