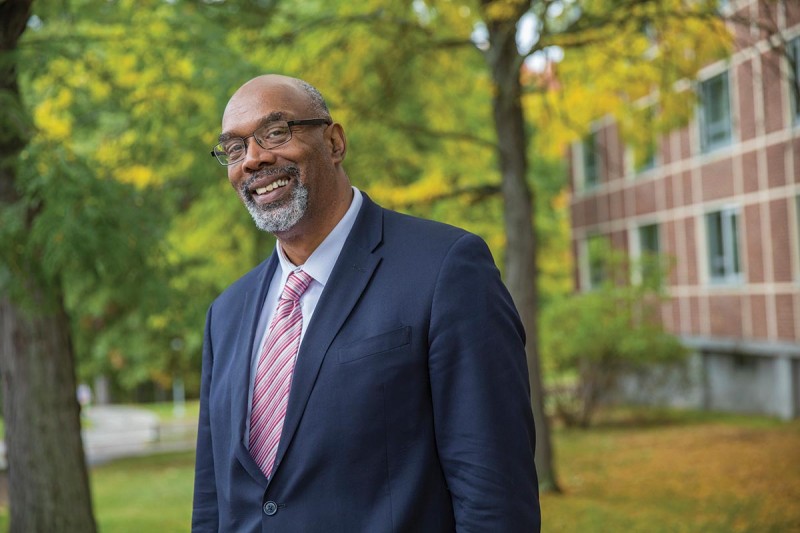 ​Aaron Mair ’84 didn’t get the best introduction to the organization he now leads. When incinerator soot was sickening people in the Arbor Hill section of Albany, he sought help from the Sierra Club and found out it cared about the environment, but not so much within minority neighborhoods.

Two members of the group later gave him a campaign poster and a donation of $250, which he used to begin his fight for a cleaner environment. This started his path toward becoming the first African- American president in the Sierra Club’s nearly 125-year history.

“When I received their donation and support, I promised I would join the Sierra Club and work to make it a more welcoming organization and that we’d never turn anyone away.”

After serving on the club’s national board for 10 years, he was elected president in 2015. Mair is proud that the Sierra Club has introduced an equity, diversity and inclusion initiative, and has increased its commitment to environmental justice.

Fighting the petroleum industry will be a major challenge for the Sierra Club, he says, as a great deal of wealth is tied to the continued burning of coal and oil. Mair says the economic gains mean very little compared to the long-term harmful impacts these activities cause.

“Did the rest of humanity sign on to planetary suicide so a group of investors could live out their monetary dream?” asked Mair, who is an epidemiologicalspatial analyst. “As we shift toward clean energy, will there be winners and losers? Yes! But the planet will still be here.”

Mair returned to campus last fall to share his experiences with students. As he discussed his career progression, he encouraged them to think globally instead of being laser-focused on a particular job and career.

He attributes his success to the Educational Opportunity Program. Coming from a working-class background, and lacking the resources to attend college, EOP enabled him to pursue a professional career.

“I was part of an early experiment in diversity, and I pulled in various disciplines,” he said. “It all shaped my thoughts and helped me to work toward building global environmental social change. Who would have thought that I wouldn’t be doing it as an elected official but by leading one of the oldest environmental organizations in the world?”