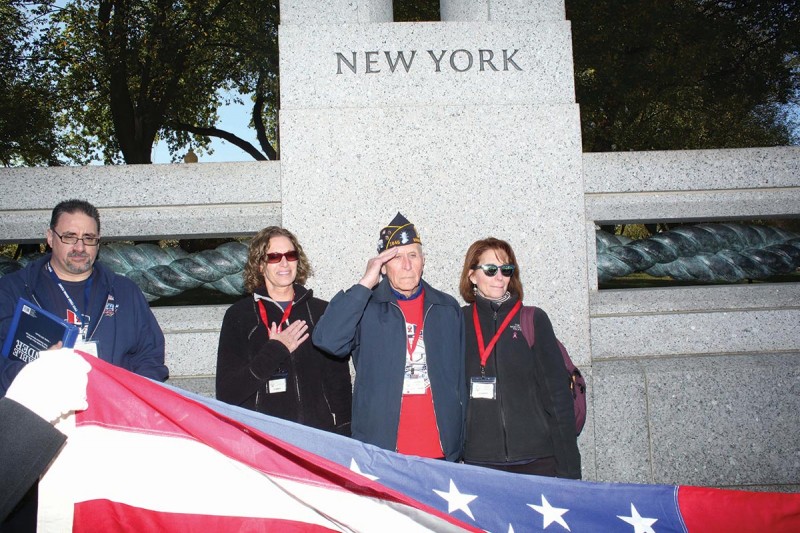 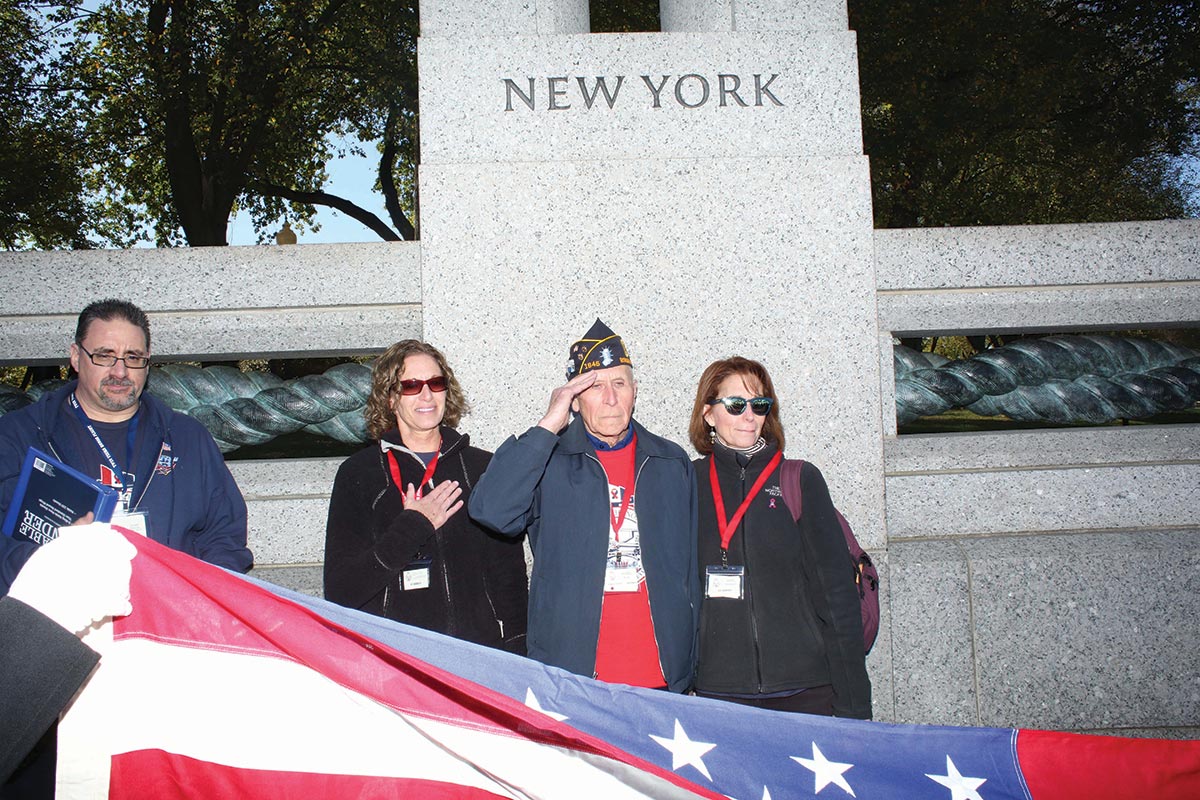 ​The sun was barely up in the Town of Maine, but John Fracchia ’87, MBA ’90, was full of energy. He moved about quickly, shouting announcements to a group of more than 100, doing roll call and making sure all had what they needed.

“It looks like chaos, but it’s organized chaos,” said Fracchia of the scene at Greater Binghamton Airport’s Hangar 1 the day after Veterans Day.

Fracchia was managing a daylong journey for war veterans to fly to Washington, D.C., to visit memorials representing the wars in which they had fought. The veterans were flown by Twin Tiers Honor Flight; Fracchia is a board member. The organization is the regional chapter of the Honor Flight Network, and the November 2016 flight transported the Twin Tiers’ 200th veteran.

“It’s amazing because we started from such a humble beginning,” Fracchia says. “My wife, Nancy, wanted to start an honor flight hub in this region because all the hubs were in larger areas like Albany or Rochester. Our first fundraiser was a stage show in Trumansburg, and it all went from there.”

As the hangar doors parted to reveal an Airbus waiting on the tarmac and a sun-lit sky, the Civil Air Patrol and other volunteers formed an honor guard for the veterans. The excitement was palpable.

“It’s fresh and unique every time. You see the memorials through [the vets’] eyes, and they share things with you that they haven’t shared with anyone else,” Fracchia says. “You meet people who have changed the country, or even the planet, in some way. These World War II veterans fought against fascism, and that’s just unfathomable.”

Upon returning to Binghamton around 8:30 p.m. — about 13 hours after the trip began — the veterans were met by a crowd of nearly 2,000 cheering people. It was the high point of the day.

“The reward comes when you get off the plane and see the looks on all their faces,” Fracchia says. “A lot of veterans didn’t get a welcome home. Our Vietnam vets had a terrible experience. So it’s great that we can give them a proper welcome.”