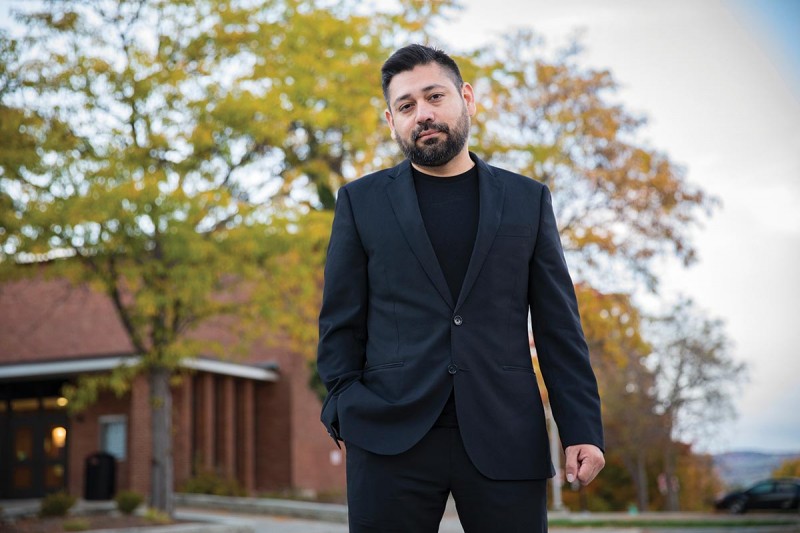 ​Getting together with friends to watch TV, eat pizza and play video games is usually little more than a study break. In 1991, one of these gatherings sparked a student organization that celebrated its 25th anniversary last fall.

Through the Juvenile Urban Multicultural Program (JUMP Nation), Binghamton University students mentor eighth-graders, encouraging them to pursue a college education and avoid the challenges of urban living, such as crime and substance abuse.

Javier Farfan ’95 started the group with Sally Narain ’95 (whom he later married) and several friends. The need for JUMP Nation became clear when, during one of their hangout sessions, conversation turned to news that someone was killed at a party in Farfan’s Manhattan neighborhood.

“I was supposed to go to that party,” Farfan says. “We started this organization because we were inner-city kids, and we wanted to empower our youth to do better. When do kids make bad decisions? It’s usually in high school, so we knew we had to reach them before that.”

Farfan says JUMP Nation students have mentored about 1,600 eighth-graders, most of whom went on to college. Some even enrolled at Binghamton and became JUMP Nation mentors. Group members who generously give their time hoping to brighten someone else’s future often find that they, too, have benefited.

“Look at who was in JUMP Nation, and you see we’re all making something of ourselves,” says Farfan, who works in marketing for TIDAL, a music-streaming service started by rapper Jay-Z. “This group started with six people watching TV, and we had no idea what we were doing. We felt we had to be leaders in our community, and we did become leaders in our own little way.”

Farfan credits Sally as being “the backbone of the organization,” getting students together and shaping the programming in the earliest days of JUMP Nation. It helped her launch a career as a counselor at Columbia University, Yeshiva University and Montefiore Medical Center. She died of breast cancer in 2012.

“I wasn’t connected to JUMP Nation after graduating, but started reminiscing after Sally died,” Farfan says. “I can see her presence in the warmth the organization has. Students meet with protégés to talk about key issues they deal with. Sally drove those initiatives, and it brings a smile to my face that she created this living organization.”