Some Class Notes make us want to know more 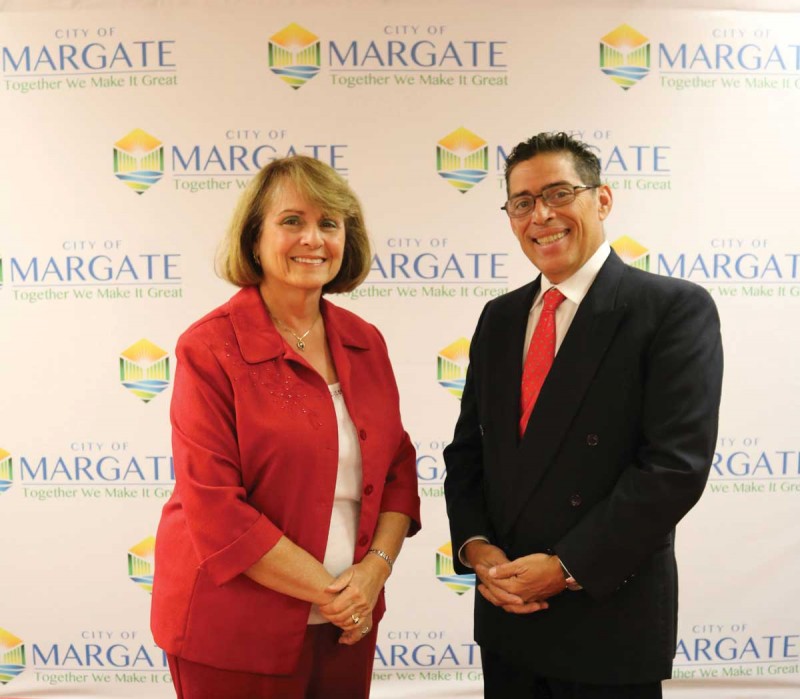 Arlene Schwartz, MA ’73, and Anthony Caggiano ’81 were elected city commissioners for Margate, Fla., in November. It wasn’t until the election that they realized they had more in common than politics.

Schwartz had already retired from political life in 2004 when she was asked to run again for a seat on the Margate City Commission, on which she had previously served three terms. There were already several candidates for the seat; one was Caggiano.

“I found out about Arlene going to Binghamton when I was doing opposition research on her,” Caggiano says. “I also found out that we live four doors away from each other. We had been neighbors for almost 14 years and, because of our different work schedules, had never met.”

Schwartz didn’t officially enter the race until a second seat on the commission suddenly opened up, and she filed for it. “Anthony apparently breathed a sigh of relief when he realized I wasn’t a threat to him,” Schwartz says.

“Once the strain of us being possible opponents disappeared, we realized how much we had in common and became friends. We each ran in a four-person field and worked together day after day to get our names and ideas out,” Caggiano says.

“The funniest reminiscence of Binghamton came when I talked about the campus computer building — one large computer in an air-conditioned room with a horde of people punching computer cards. I remember saying, ‘This computer stuff will never take off.’ Talk about getting it wrong!” Caggiano says.

This is his first political office, and Schwartz has some advice for him: “Duck! And then develop a thick skin.

“After serving 10 years as a Margate City Commissioner, as well as the first female mayor, I’d advise Anthony to maintain his cool and remember two things: First, that he was elected by the residents of Margate because they agreed with his vision, and second, that their interests supersede his own.”

Arlene Schwartz, MA ’73, earned her master’s in American history at Binghamton and was a teacher who spent much of her 35-year career helping adult learners and under-served minority populations. She retired in 2014.

Anthony Caggiano ’81 has a degree in economics. He started out as a broker on Wall Street, has owned several businesses and is now with Empire Lighting Resources.