Returning to Binghamton University as a professor rather than a student was a smooth transition for Bryan Kirschen '07, MA '08. 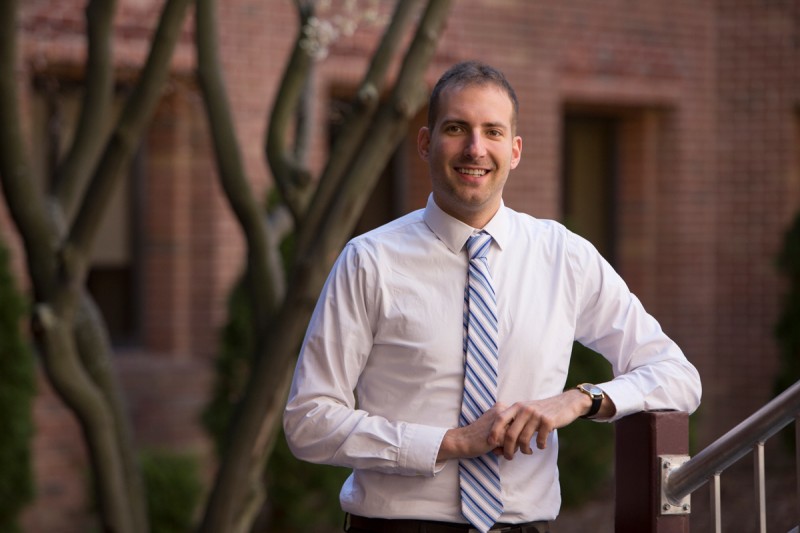 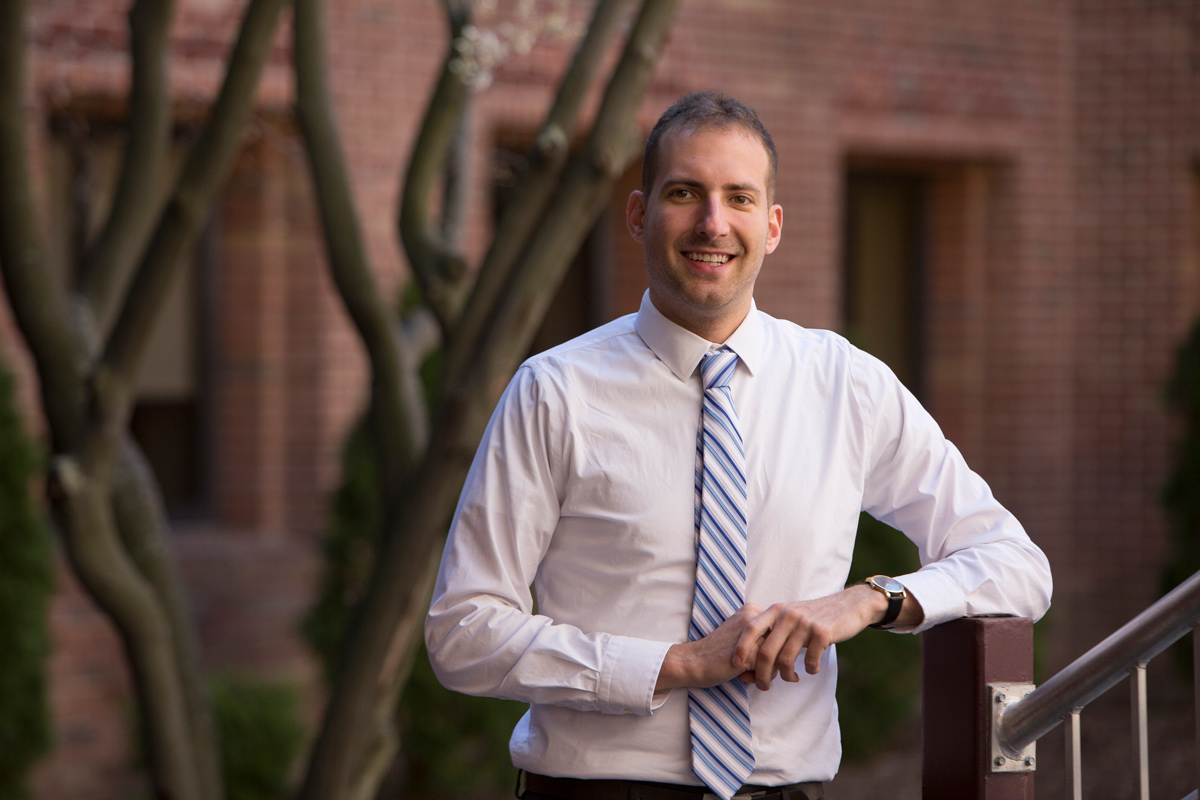 Returning to Binghamton University as a professor rather than a student was a smooth transition for Bryan Kirschen ‘07, MA ‘08.

“Being familiar with the University is such an advantage,” Kirschen said. “I feel like I still understand the students here and where they’re coming from.”

Kirschen, an assistant professor of Hispanic linguistics, received an undergraduate degree in Spanish, Hebrew and Arabic at Binghamton University. His Binghamton education would not stop there, as he stayed to earn a master’s degree in Spanish literature.

His admiration for his time as a Harpur College student influenced him to join the faculty in the fall of 2015 after earning his doctorate in Hispanic linguistics from UCLA that same year.

“The stars aligned one might say,” Kirschen said. “There was a job opening that was looking specifically for a Spanish linguist. Those types of jobs are quite rare in general because most foreign language departments typically hire for professors of literature.”

Now in his second semester at the University, Kirschen said that since being a student here, he has seen the Department of Romance Languages and Literatures develop by adapting and modifying based on the interests of students.

“I think what’s impressive about the department is that they’re always trying to think outside of the box,” Kirschen said.

Spanish linguistics is a new area of study that the department has introduced, which Kirschen believes is great for students at the University.

“There’s so much you can do with linguistics and the reason that I started focusing on that was because there’s so much opportunity for exploration and research outside of the books,” Kirschen said.

As a linguist, Kirschen looks closely at a variety of languages related to and associated with Spanish, exploring interaction and language contact.

Teaching is a part of Kirschen’s life that came naturally to him from an early age growing up in Queens, N.Y.

“I have an older sister and a younger sister and I loved playing school with them,” Kirschen said. “I would come home and whatever I learned in school, I would try to teach them. I enjoyed being a teacher.”

Throughout his early education, Kirschen enjoyed tutoring other students and helping them understand concepts that he had already mastered.

After receiving his first master’s at Binghamton, Kirschen decided to pursue teaching and attended Stony Brook University, where he received a master’s in Spanish pedagogy.

“Once you’re finally a teacher, the learning never stops,” Kirschen said. “I’ve come to the full understanding that as long as I teach, I will learn.”

Kirschen said that the most exciting part of his studies of linguistics is the research conducted by traveling and speaking to people in communities that communicate through different varieties of the Spanish language.

“Once I started doing linguistics it was all based on fieldwork and interviews, going out there and speaking to these people, bringing recorders with me and then coming back and transcribing them,” Kirschen said.

Through his studies as a graduate student, Kirschen became particularly intrigued with Judeo-Spanish or “Ladino,” a language that combines elements from Spanish, Hebrew and Arabic and has a deep cultural connection to Sephardic Jews who lived in Spain until 1492.

“I thought it would be a great way to learn about my own religious background but from a different stance — continue my studies in Spanish and my interest in language and really learn about something that I thought was so linguistically, culturally and historically rich,” he said.

To conduct the research, Kirschen has traveled to Spanish-speaking countries such as Spain, Argentina and even Israel, where he studied at the Center for the Study of Jewish Languages and Literatures at the Hebrew University of Jerusalem.

“The reality of that trip was I spent most of my time with 70-year-olds and 80-year-olds because they are the Ladino speakers,” Kirschen said. “They represent such rich lives and histories.” “They have much to share.”

Kirschen added that Judeo-Spanish communities aren’t always aware that there is an interest in their language and culture.

“The fact that someone young is speaking Ladino, in this case me, they get so overjoyed,” Kirschen said.

While working on his doctorate at the University of California, Los Angeles, Kirschen co-founded a group called ucLADINO where students interested in Judeo-Spanish could meet and share enthusiasm for the language. The group continues to thrive under new leadership and holds a yearly symposium, bringing in students, scholars and activists worldwide. This year, Kirschen was brought back as one of the event’s keynote speakers.

“I was able to meet so many people: speakers of Ladino, their children or grandchildren who would be encouraged by this preservation effort of the language,” Kirschen said. “Starting to create a little movement and seeing people become interested, it’s incredible.”

As his second semester at Binghamton comes to a close, Kirschen looks forward to continuing his research, publishing his findings and continuing to offer courses that are unique, encouraging and of interest to students.

“I’ve always tried to be very creative,” Kirschen said. “I think that’s what the students like the most. As a professor, that’s what I enjoy the most.”