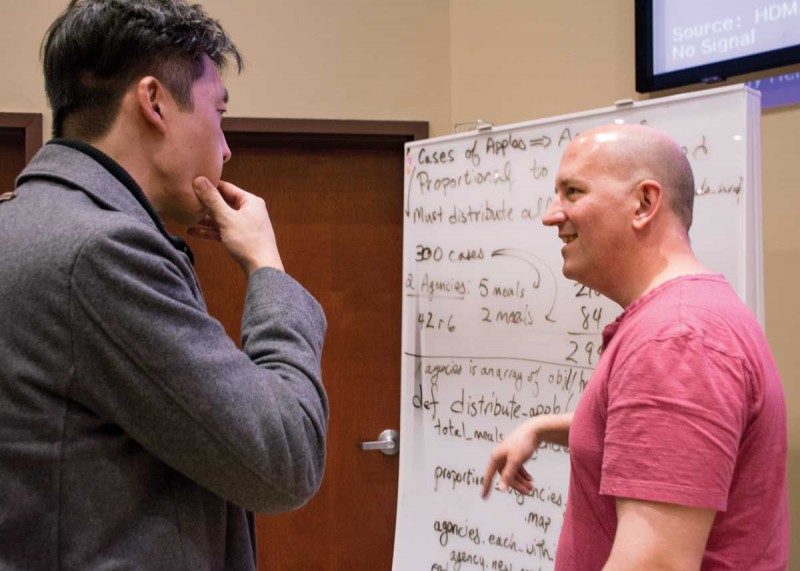 When you’re watching YouTube or Netflix, thank Jim Bankoski ’91 for helping deliver the videos to your computer or smartphone. Bankoski, an engineering director at Google, manages teams that produce video, audio and image codecs. These are programs that compress sent data and decompress received data.

“It’s exciting to work on something that everyone is using,” Bankoski says. “It’s also very exciting to be at Google, where you have all these cool projects that people are talking about, like the self-driving car.”

His love of programming long predates Google. While his peers did the usual preteen things, Bankoski wrote programs on his Timex Sinclair or early-generation IBM home PC. Not quite the tech equivalent of starting a fire with two twigs, but close. After graduating from Binghamton, his love of programming took him to The Duck Corporation, a startup working on video codecs.

“I [already] had a job working on government contracts and was making good money,” he says. “I could’ve stayed there and done fine, but it wasn’t for me. Duck was set up in a house and used a bedroom as an office. But I loved it.”

Like many startups, Duck was a roller coaster ride. The company went public as On2 in 2000 and had about a decade during which the stock price fluctuated with each press release. On2’s products had more than a billion users before Google acquired the company in 2012.

Bankoski joined Google and was a technical advisor to the Silicon Valley series on HBO. He introduced the producers to a female colleague who is the basis for the Carla character, helped with dialogue and suggested gadgets that are used on the show.

“[Google CEO] Eric Schmidt did a cameo, and he remembered buying a company that did video codecs. He told the producer that he should talk to me, and that’s how it happened,” Bankoski says.

He visited campus during the spring semester to talk to students about his career. He shared a lesson he learned the hard way: The job isn’t just writing code.

“At my first job, they told me I was a great engineer, but I’d have no future if I couldn’t work with people. This helped me become much more approachable.”