Tennis players are one of four sets of twins 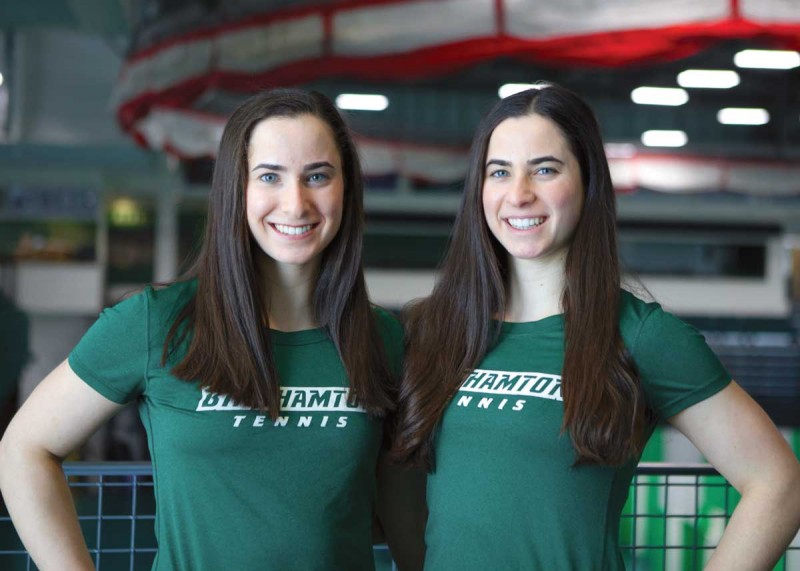 Michelle and Samara Eisenberg have spent their lives doing everything together. But when it came time to choose colleges, they had no intention of attending the same school.

Skilled tennis players and identical twins, Michelle and Samara both planned to play at the collegiate level but were prepared to go their separate ways.

“We were both planning on picking whatever school suited us best. It just turned out that we picked the same one,” Michelle says. “But now that we’re here, I’m happy that we ended up going together.”

The Weston, Fla., natives arrived at Binghamton as Division I athletes for the 2016–17 season. Michelle won the Flight “A” singles championship at the West Point Invitational in September.

Both were inducted into the National College Athlete Honor Society.

Michelle and Samara are majoring in business administration and mathematics, respectively, and are members of the campus group Women in Business.

Even though they’re identical, the twins have some differences. For example, Samara usually wears her hair in a bun, which friends use to tell the two apart.

Samara is more reserved than Michelle. She has an excellent work ethic and an ability to keep working even when times are hard. “She’s like a machine,” Michelle says.

Michelle is naturally curious and known for her competitive spirit and grit. “She won’t let anyone walk all over her, and she will always stand up to a challenge and find a way to push through when things are tough,” Samara says.

The Eisenberg twins are thankful they ended up together. “We’ve pretty much done everything together our whole lives, so it’s just nice to have someone who understands and is going through everything that I’m going through,” Michelle says.

“I know that I always have a built-in buddy on my team; she will always be there for me,” Samara adds.

One question the two have heard more than once is, “Do you like being a twin?”

Michelle sometimes responds, “Well, do you like not being a twin? Because I really don’t know any differently.”

“Being a collegiate athlete is definitely easier with having my twin by my side, only because I have nothing else to compare it to. I think we both would have been fine if we ended up at different schools, too, but it is definitely nice having her by my side,” Michelle adds. 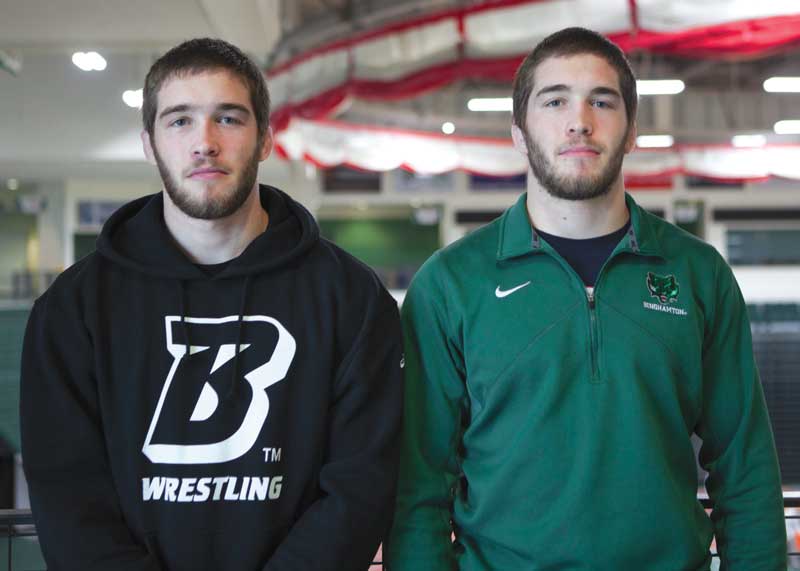 Wrestlers Vincent and Anthony DePrez always have a partner to practice and work out with, but matches can be stressful, Vincent says, because they want each other to do well. The most annoying questions they get about being identical twins are, “How do you tell each other apart?” and “Can you read each other’s minds?” The rising seniors are majoring in geography. 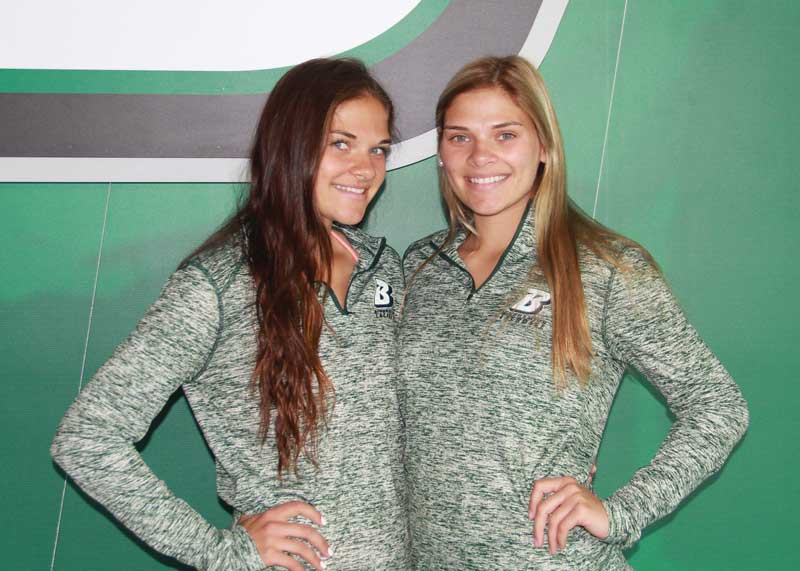 Alissa Franze admires her twin, Alexa, for her compassion and sincerity. Alexa likes that Alissa is never afraid to speak her mind. The rising sophomores are lacrosse players. Alissa hopes to major in business; Alexa is considering psychology. Alissa says she tells Alexa every day, “I don’t know what I would do without you here.” 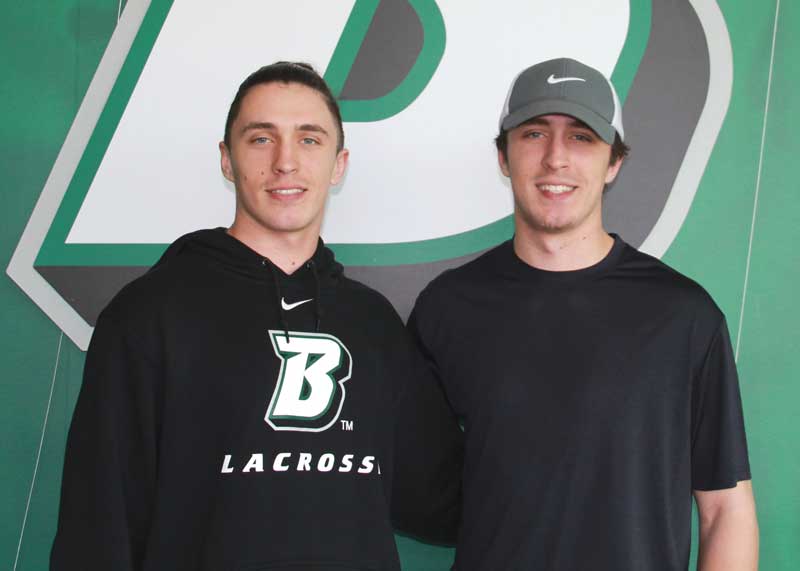 Kyle and Brian Stemke are lacrosse players and best friends. The rising sophomores hope to major in computer science and become entrepreneurs. Although they are identical twins, they have different dominant hands in lacrosse — and Kyle “has an awesome man bun,” Brian says.