University is an anchor institution and economic driver 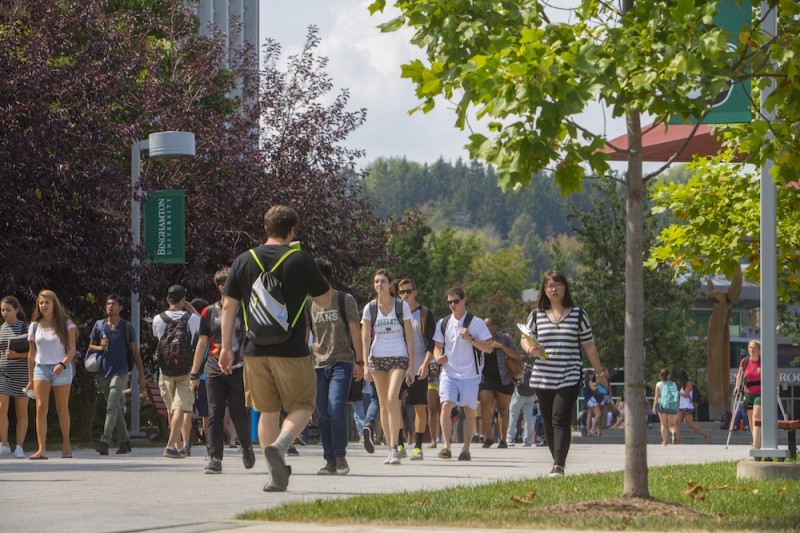 According to a new report, Binghamton University’s overall economic impact on Broome and Tioga counties, as well as New York state, continues to increase. The report, which highlights how the University contributes to the overall economic health of the region and state economies, documented a $47 million increase on the Binghamton area for 2015-16, compared to the previous year.

Based on fiscal year 2015-16 — the most recent numbers available — Binghamton University employs over 5,200 faculty, staff and student workers, and supports an additional 7,300 full- and part-time jobs in Broome and Tioga counties, for a total of over 12,700 jobs in New York state.