The Institute of Electrical and Electronics Engineers (IEEE) has a new Binghamton student chapter for the Power & Energy Society that is already winning awards. 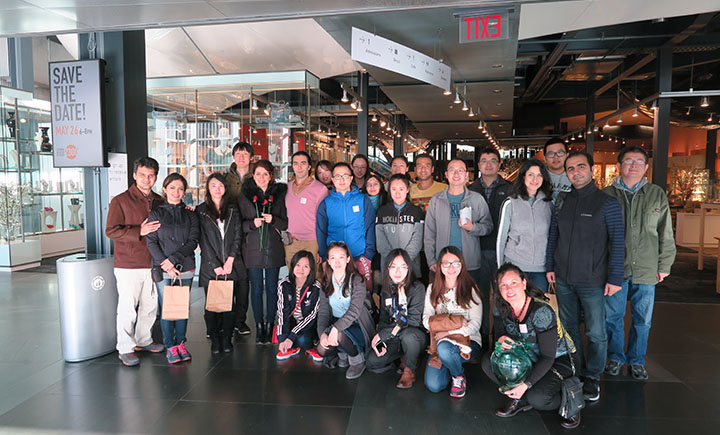 The Institute of Electrical and Electronics Engineers (IEEE) – the world’s largest technical professional organization for the advancement of technology for the benefit of humanity – includes the field of power and energy as part of its mission. That’s why there is also an IEEE Power & Energy Society (PES).

IEEE PES currently has about 37,000 members worldwide, but the Binghamton University IEEE PES student chapter was established just a few years ago. 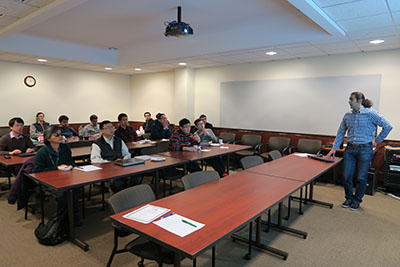 Thanks to Shahrokh Akhlaghi, the Binghamton University IEEE PES student chapter has started off strong. An electrical and computer engineering PhD student, Akhlaghi has served as the chair of the student branch since 2015, working tirelessly to build up the Binghamton chapter.

For all this effort, Akhalghi was recently awarded the 2017 IEEE Region 1 Young Professional Award, beating out young professionals from across the Northeast. The committee awarded him the honor for starting the first IEEE Power and Energy Society (PES) student chapter at Binghamton University and for restarting the IEEE Young Professionals (YP) Affinity Group.

With over 1,500 student branches at colleges and universities, the network for IEEE PES student chapters is quite large. Student members have the opportunity to participate in conferences, workshops, scholarships, design projects and more.

Hard work undoubtedly led to Akhalghi being recognized by his peers as well when they selected him as the Student of the Year for the Binghamton IEEE PES for all the hard work he has put into building up the IEEE PES and IEEE YP chapters.

There’s a bright future for the Binghamton University IEEE PES and IEEE YP.