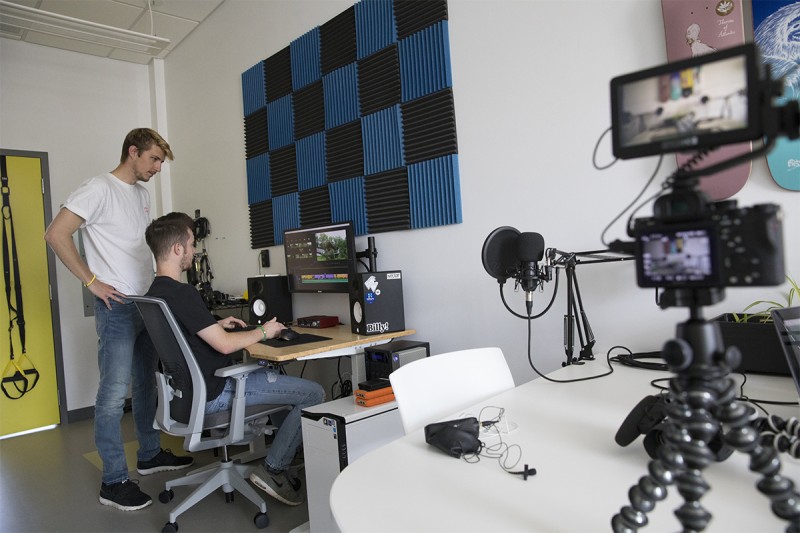 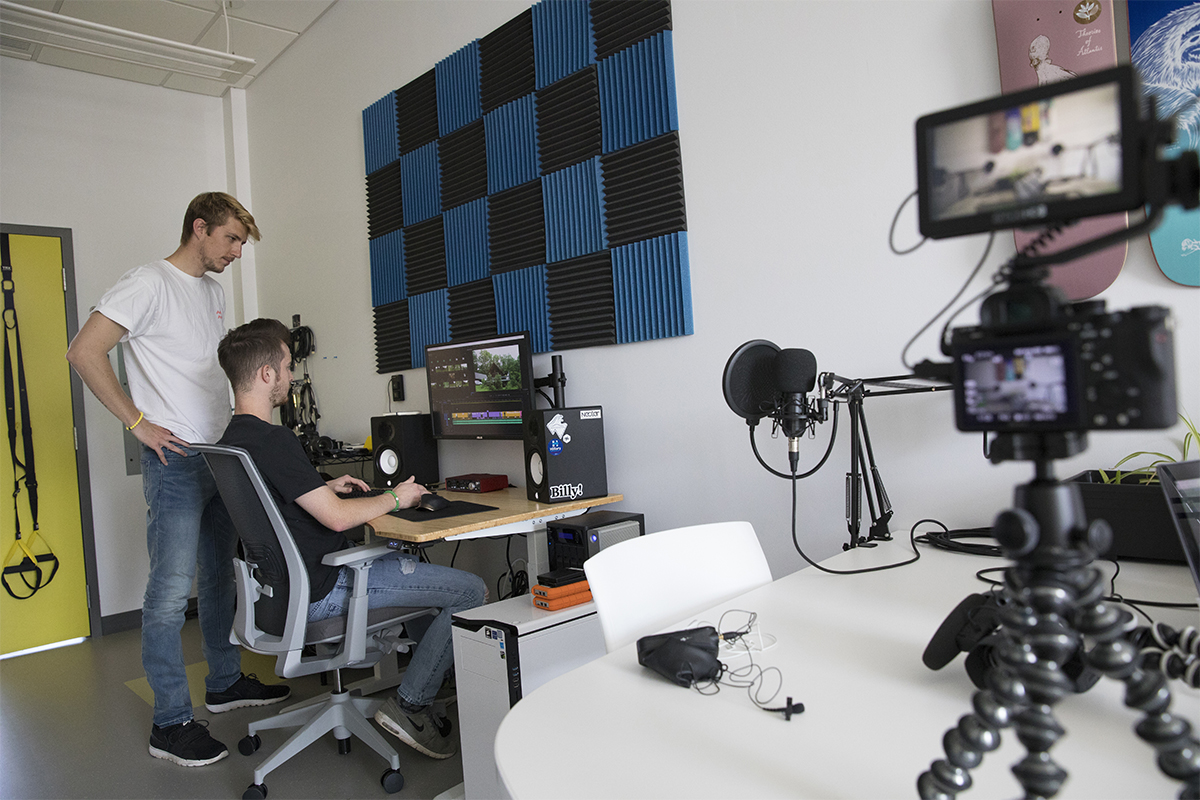 With 33 companies now affiliated with the Koffman Southern Tier Incubator, the building is at 80 percent capacity. Image Credit: Jonathan Cohen.
By Eric Coker

The Binghamton Incubator Program now has attracted 33 companies, the University Council learned at its Oct. 20 meeting.

“We have spent a lot of resources over the last couple of years trying to build, nurture and grow the entrepreneurial ecosystem in the greater Binghamton area,” said Per Stromhaug, assistant vice president for innovation and economic development. “We quickly find that the (Koffman Southern Tier) Incubator turned out to be a focal point for that.”

Leaders from the Division of Research provided an update to the council at the meeting. Other speakers included Paul Parker, associate vice president for research administration and officer in charge, and Mary Beth Curtain, assistant vice president for strategic research initiatives.

The 35,000-square-foot Koffman Southern Tier Incubator opened in April and includes offices, high-tech labs, wet labs and dry labs. The downtown Binghamton building was made possible in part by the support of the Koffman family.

“This donation was incredibly important because it helps us not only make the facility sustainable, but it also lets us do that at an affordable cost to the companies,” Stromhaug said.

The incubator is now at 80 percent occupancy and hosts five to 10 events per week, including speaker series, networking and Binghamton Foundation board meetings. Local companies also use the facility for showcase events.

Twenty-three companies are housed at the incubator, with another eight at the University’s Start-up Suite and two in the community. Two more companies are scheduled to begin this month. The program had 10 companies in January 2015.

The incubator is just one part of a larger package that the University is presenting in its recruitment of companies, Stromhaug said.

Stromhaug also emphasized the importance of three programs that have received a total of $3 million in the past year. A $625,000 NYSTAR grant certified the Binghamton Incubator Program at the Koffman Southern Tier Incubator and the Start-up Suite.

“That’s a nod of approval from the state that we know what we’re doing,” Stromhaug said.

A $1.7 million NYSERDA grant established the first clean-energy incubator program in the region, while a $500,000 National Science Foundation grant established an I-Corps Site with funding for customer discovery and prototyping.

“These are the things we need in place to make our companies successful and to ensure that the investments we make pay off,” Stromhaug said.