Studying the immune system of milk 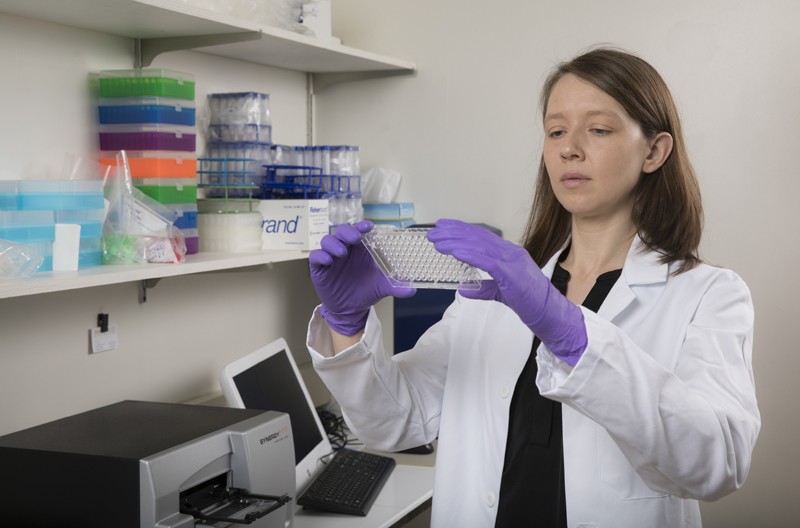 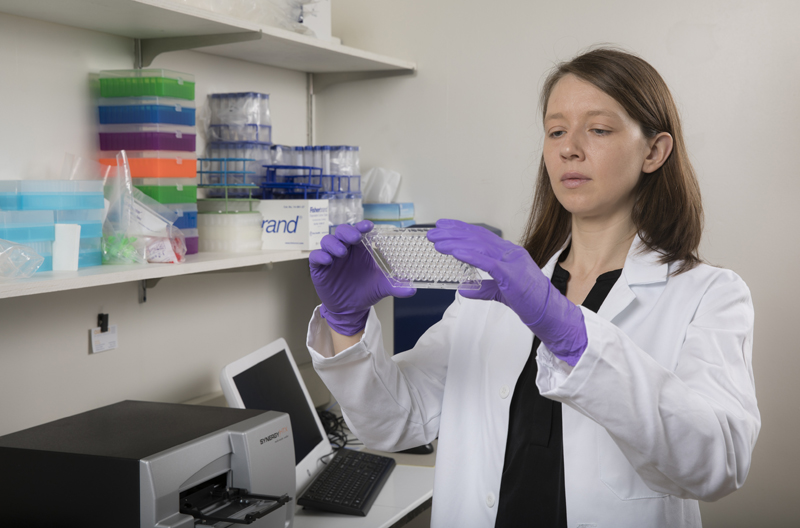 Katherine Wander seeks a link between breast milk and a better understanding of world health.

“Milk plays an important role in the immune system,” she says. “There are lots of questions we can address in global health with a new way of measuring the immune value of milk.”

Wander, a Cleveland, Ohio, native, is an assistant professor of anthropology at Harpur College. She came to Binghamton University in January 2015, and her lab — the Laboratory for Anthropometry and Biomarkers — was up and running a year later. She teaches epidemiology, case studies in global health and nutritional anthropology.

“This is a great program and department,” Wander says, “and it’s one of very few places where I can teach right at the intersection of biological anthropology, medicine and public health.”

“There are all kinds of things in milk that can affect not only their nutrition, but their immune development. We wanted not only to be able to describe what kids were getting from the milk, but what the immune system of milk was doing,” she says. “We wanted to develop an in vitro technique to measure what [milk] immune response can do, rather than what [immune factors milk contains].”

The immune system of milk can be studied by measuring the immune cells in milk as well as the concentration of antibodies and other microorganisms.

Wander says this approach could also be used to study milk’s immune response to diseases in the developing world, making it significant far beyond Binghamton. “Once we can perfect this technique, we can measure immune responses in milk to some of the things that might be of more global health importance,” she says.

Wander’s project, funded by the Wenner-Gren Foundation, will involve Greater Binghamton women who are pregnant or breastfeeding. Once she refines her technique, she wants to share it with others.

“Right now, I’m trying to offer a research tool so that other researchers can use the tool to answer all kinds of questions,” she says. “We want to figure out how to improve this technique to make it perfect for global health research.”

Next year, Wander says she hopes to take her research to a farming community in Kilimanjaro, Tanzania, where she previously studied the effects of the environment on people.

To do so, she will have to make her technology usable in difficult conditions.

“The organizing principle for my lab is to facilitate research in the developing world and, in particular, to be able to do research in remote and challenging settings,” she says. “Because it’s easier to do research in an urban setting than in rural populations, sometimes the rural populations are ignored. We need to understand how people interact with their environment and how people experience disease in all of the environments that people inhabit — and there are a lot of them.”

This points to the greater implications of Wander’s research.

“I hope as we employ this technique, we can understand how environments affect mothers in ways that affect the immune system of milk, and how that affects infant health,” she says. “If we can understand how immune systems in milk affect infant health, then we can intervene. We can identify factors that adversely affect mothers in ways that put infants at risk for infectious disease, and that’s a target for public health.”