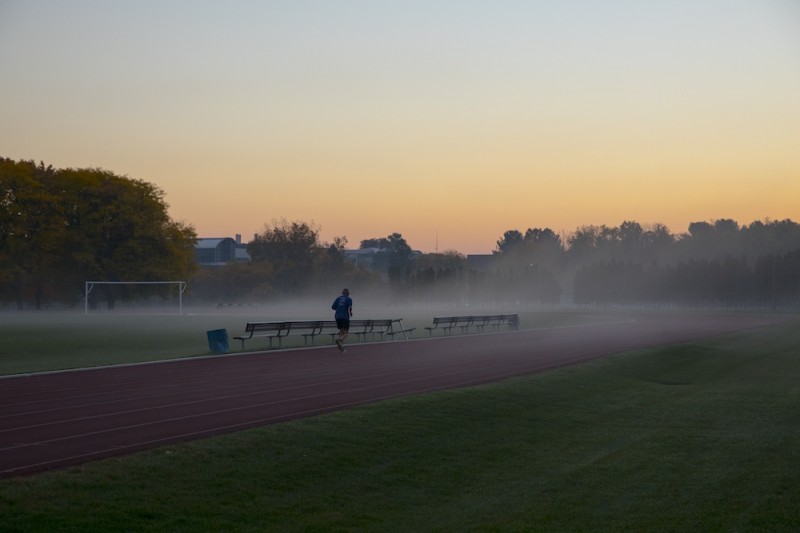 BINGHAMTON, NY – Endurance training can actually be helpful in dealing with muscle inflammation, according to a new paper co-written by faculty at Binghamton University, State University of New York, and Karolinska Institutet and Karolinska University Hospital in Stockholm, Sweden.

Muscle inflammation, or myositis, can be caused by infection, injury and chronic disease. However, specific forms of myositis like dermatomyositis and polymyositis occur when the body’s immune system turns against its own muscles, damaging the muscle tissue in the process.

While there are plenty of prescribed medications to cope with muscular diseases, Binghamton University Professor of Pharmaceutical Sciences Kanneboyina Nagaraju states the medication utilized only does half the job.

“All the drugs people are using target one immune cell or a group of immune cells, but there are no new drugs that target muscles that are dying,” said Nagaraju. “Yet, exercise takes care of the immune cells that are killing the muscles, and repairs the cell death of the muscle.”

In order to discover a better treatment, Nagaraju and his former graduate student Jessica Boehler, along with an international team of researchers, set out to uncover how endurance exercise changes microRNA in skeletal muscles and associate the identified microRNAs with mRNA and protein expressions. The experiment consisted of two groups, a 12-week endurance exercise group and a non-exercise group. To see how exercise affects the patients, muscle biopsies were taken before and after undergoing exercise. This exercise trial was done by Prof. Ingrid Lundeberg’s group at Karolinska Institutet and Karolinska University Hospital, Stockholm, Sweden

Researchers found that endurance exercise altered microRNAs that target and downregulate immune processes, as well as decreased different microRNAs that target and upregulate mitochondrial content at the protein level. That is, exercise creates microRNA that decreases the number of immune cells that attack the muscle and heals the muscle by increasing aerobic metabolism through mitochondrial biogenesis.

“The results weren’t surprising,” said Nagaraju, “The reason why exercise wasn’t considered before is that if people have muscles that are already inflamed or weak, they believed exercise would make the muscles worse. However, what is surprising is the question of why exercise is so effective. It’s because exercise takes care of the immune cells that are damaging the muscle while simultaneously targeting specific parts of dead or affected muscles.”

While there are no drugs today that target all the issues of muscle inflammation, Nagaraju believes a combination of medication and endurance-based exercise can help patients live a happier and healthier life.

The paper, “Effects of endurance exercise on microRNAs in myositis skeletal muscle – A randomized controlled study,” was published in PLOS ONE.