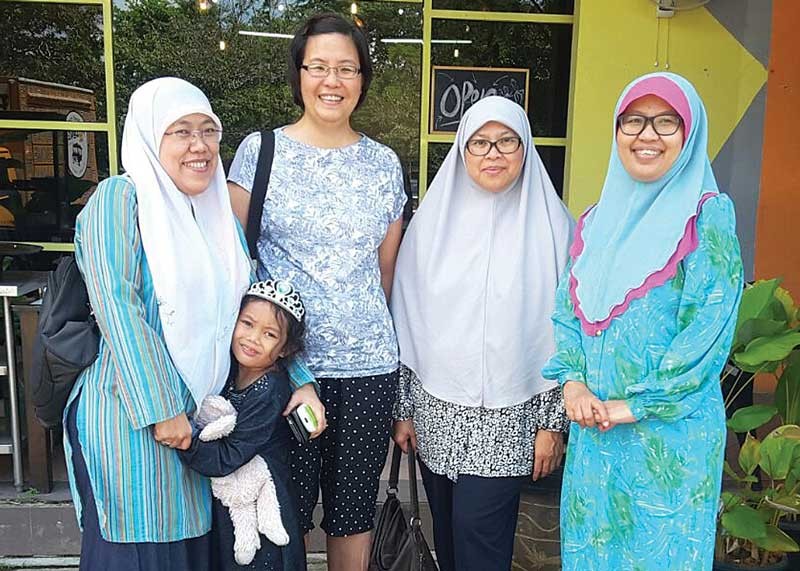 “The programs I’m proudest of are the ones that are the most challenging to bring off,” she says. “I’m particularly proud of The Bomb Listener, our documentary about the Malaysians and British building a system to detect illegal fish bombing. No project is too colossal for us.”

Her passion for the environment (she volunteers at a local nature society) combined with an “I’m up for the challenge” attitude have fueled her efforts to build a Binghamton alumni community in Malaysia.

Leong organized a project for last spring’s Alumni Global Day of Service, leading volunteers in the back-breaking effort of cleaning jungle overgrowth. She worked with the University to locate an alumni base spread all over the country but, to her surprise, willing to travel.

“We had alumni flying in from the north and driving in from the south of Peninsular Malaysia to join those of us who live and work in Kuala Lumpur. The search for Malaysian alumni was amazing,” she says.

While the project impacted the local community, Leong said the volunteers were most affected by the reconnection they felt with each other.

“Norhayati Hussein ’91, MS ’92, posted a decades-old photo of four women [below, left] to an online group created for our volunteer project, and she asked if I was one of them,” Leong said. “That photo brought tears to my eyes. The four of us had a lunch reunion and took a photo of ourselves in the same order as that photo taken about 25 years ago in Binghamton.”

See you in another 25 years? No way! Leong is already thinking ahead to the 2018 Alumni Global Day of Service.

“We’ve been talking about selecting service sites from the home states of other alumni, so it would encourage us to visit each other while working on something meaningful,” she says. “We’re so thankful to the Alumni Association for helping us reconnect. We hope there will be much more good alumni news from this side of the world!”