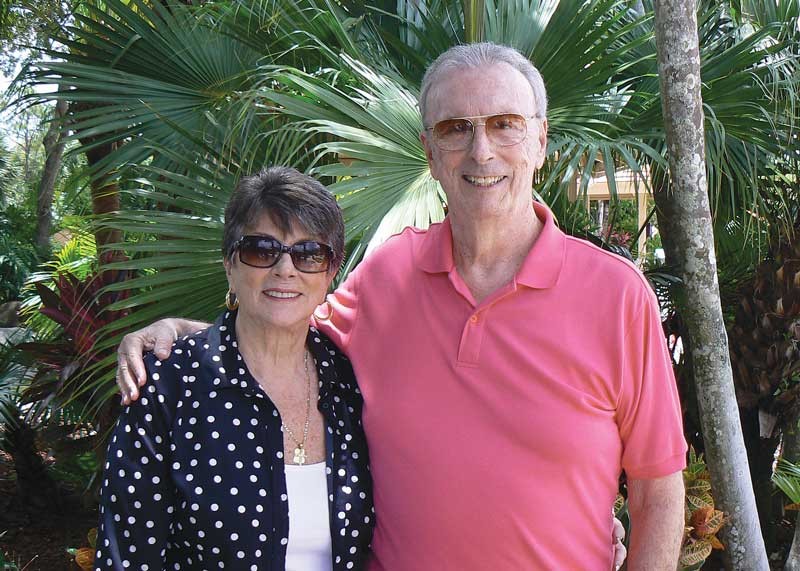 James A. Warner ’60 and his sister, Judia Warner-Healey, of Naples, Fla., made a $1 million gift to Binghamton University earlier this year, establishing the Warner Family Memorial Scholarship as a “permanent and substantial” legacy in memory of their parents.

Seven awards will be granted annually to promising students chosen from three categories: commuter students, in-state residents and one out-of-state student. Two of the seven must be enrolled in Harpur College. Mr. Warner hopes this scholarship makes the difference between a student finishing a degree or having to leave the University, which he feels would be a tragic loss of potential and personal accomplishment.

The establishment of the Warner scholarship was key to Binghamton’s selection for a matching $1 million grant from the Give Something Back Foundation, through which eligible students will receive mentoring and scholarships so they can graduate in four years without debt.

The Warner family is proud of its Southern Tier roots dating back to the late 1800s. Although the parents were not college graduates, they valued education and worked hard to raise their lot in life. Marion, James and Judia’s mother, was a court reporter and secretary to New York Sen. Harvey D. Hinman. Their father, Kenneth, was a chief of security at IBM.

“Our parents were strong believers in hard work, education and love of family. They were ardent supporters of the University. Unfortunately, both of them died early. My sister and I know they would be immensely proud and honored by this scholarship, as are we.”

Mr. Warner credits much of the success in his life to the education and work ethic he gained not only from his family but his years at Harpur. After graduating, he enlisted in the Air Force. What he intended to be a four-year term of service became a 24-year career. He retired in Washington, D.C., as a lieutenant colonel with several commendations and distinguished-service awards. He moved to Texas where he partnered with a residential community builder and became a corporate vice president.

“Judia and I hope this scholarship can help many students achieve their dreams so that one day they, too, will be able and motivated to give back. That is our fervent wish for now and long after both of us are gone.”