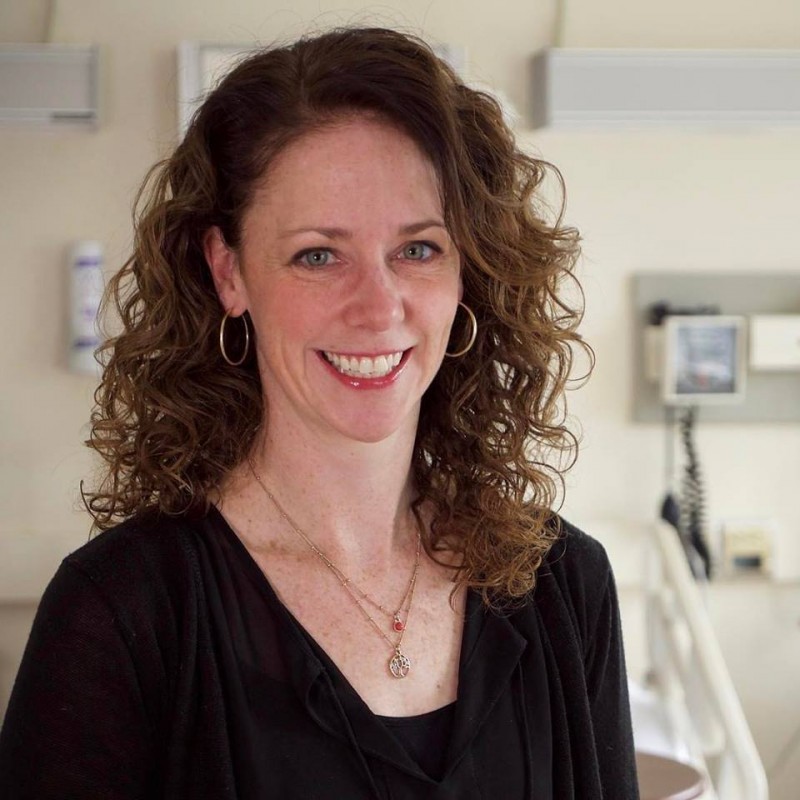 Looking for a nursing internship? Carrie Rewakowski has some advice for you.

“I would recommend that nurses consider joining the ANA,” says Rewakowski.

Rewakowski, a PhD student at the Decker School of Nursing, recently interned with the American Nurses Association (ANA), where she co-moderated the Professional Issues Panel. The main issue Rewakowski and her colleagues addressed was that of moral resilience, a burgeoning concept in the nursing field.

Asked if she enjoyed the internship, Rewakowski smiled and said, “Of course, “I loved it!” 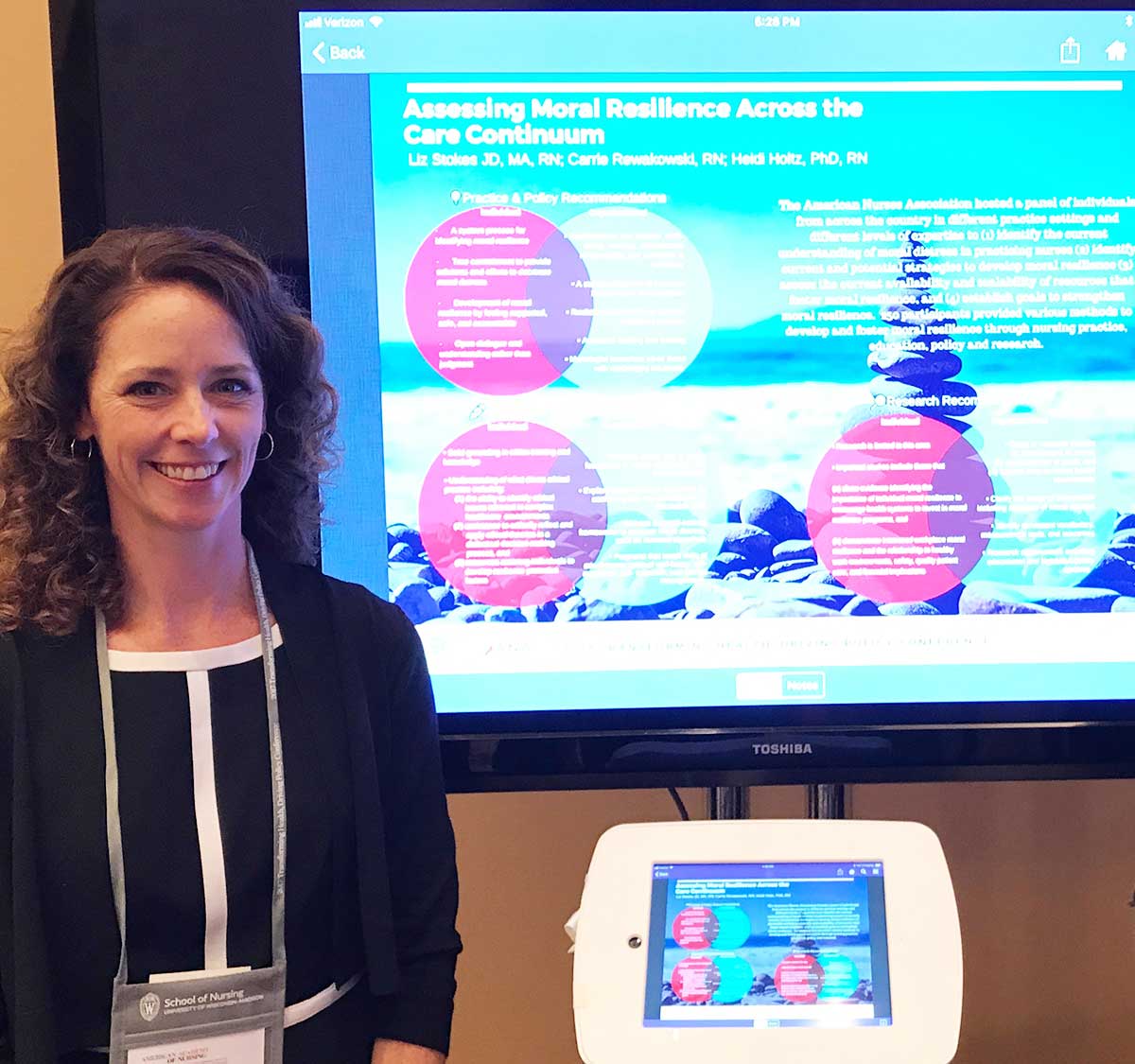 Carrie Rewakowski, a doctoral student in the Decker School of Nursing, presented work she and a team of researchers completed on moral resiliency at the 2017 American Academy of Nursing Conference. Image Credit: Provided.
The panel Rewakowski co-moderated contained 240 people who explored the phenomenon of moral resilience, which has to do with a person’s ability to make morally correct decisions in the face of a variety of complex, difficult situations. There is very little nursing research on the subject of moral resilience, which Rewakowski cited as the reason for the panel’s importance. She was part of a small group that created, submitted and presented a poster abstract to the American Academy of Nursing Conference, held in October 2017 in Washington, D.C.

Rewakowski interned online, which made it easier for her to juggle the other aspects of her life that are constantly vying for her attention. She lives in Syracuse, N.Y., with her husband and their four children and commutes to Binghamton two days a week (more than an hour each way) to attend class. Currently interning with the Central New York Regional Office of the New York State Department of Health, she is focusing on endeavors related to the Robert Wood Johnson Foundation Culture of Health Framework. In addition, Rewakowski works for the SUNY Upstate Medical University College of Nursing in Syracuse as a clinical placement coordinator, placing nurses in clinical sites depending on their course objectives and personal needs.

Decker Fellow (recipient of the Dr. G. Clifford and Florence B. Decker Foundation Scholarship) since 2016

How does she handle it all? Rewakowski has her own way of sorting through the myriad events happening in her life. “I like to run,” she says. “It helps me organize everything else I have going on.”

She expects to complete her doctoral studies at Binghamton in spring 2019 and is considering seeking a faculty position following graduation.

Whatever roles she has chosen to pursue as a nurse, Rewakowski has followed her heart into the profession. “I really always wanted to be a nurse,” she says. Nursing allows her to help patients and develop connections with them. “My favorite part is being with people during meaningful, vulnerable and joyful moments in their lives.”